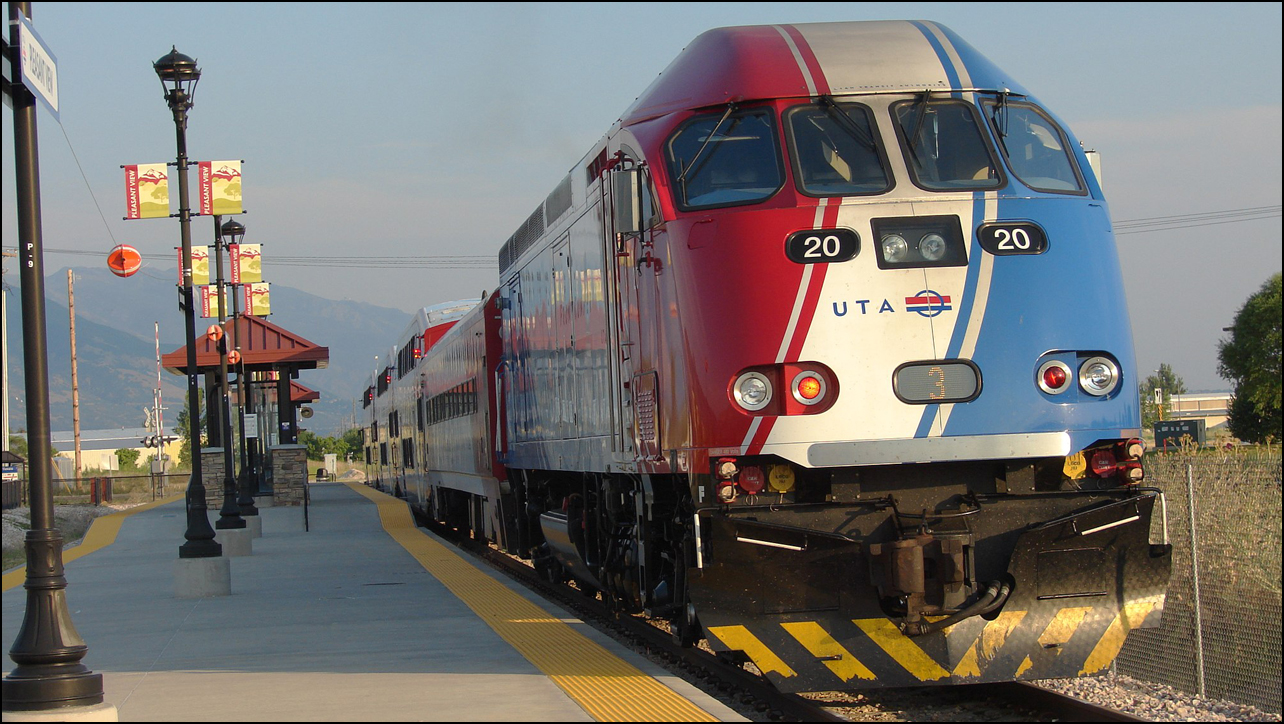 The South Valley Transit Study team, which includes UTA, has evaluated options for providing “high-capacity transit service” between Provo and Santaquin in the southern part of Utah County.

The Utah cities of Provo, Springville, Mapleton, Spanish Fork, Salem, Payson and Santaquin, in collaboration with Mountainland Association of Governments (MAG), UTA, and the Utah Department of Transportation (UDOT), have been conducting the South Valley Transit Study to evaluate options for providing “high-capacity transit service” between Provo and Santaquin in the southern part of Utah County. Why? By 2050, Utah County is expected to nearly double in population, adding 660,000 more people and surpassing 1.3 million people total, they reported.

The partners have identified a Locally Preferred Alternative that includes extending UTA’s FrontRunner from Provo to Payson and adding express bus service from Payson to Santaquin (see map below).

The commuter rail extension would operate primarily on a single track with portions of double-tracking at three new stations (Springville, Spanish Fork and Payson) and passing locations along the UTA-owned right-of-way. Project cost (in 2026 dollars): $550 million-$750 million.

An online public meeting to address the Locally Preferred Alternative is set for Oct. 21. Refinements to the alternative will be considered based on public input and additional technical analysis before being advanced to further engineering in an environmental study.

Transport 2050 (download below) is TransLink’s roadmap for the next 30 years. It was developed over a three-year period in collaboration with residents, municipalities, metro Vancouver, the province of British Columbia, and stakeholders, and through engagement with Indigenous Nations and groups.

Among the key actions Transport 2050 recommends:

Before the strategy is final, TransLink is holding a third and final round of public engagement that runs through Oct. 29, 2021. Based on feedback, Transport 2050 will be updated and sent to the TransLink Board and Mayors’ Council for final approval in early 2022.

“Transport 2050 has been our largest outreach for public input in TransLink’s history,” said Kevin Quinn, CEO of TransLink, which noted that the 30-year strategy was based on two rounds of public engagement, hundreds of events, and 40,000 survey and idea submissions. “Transport 2050 will transform the way we move and live, and it’s imperative that the region’s transportation future is guided by the people who call it home.”

“This is an opportunity to completely reimagine what SEPTA Regional Rail means—what kind of trips it provides, who can benefit, what’s the riding experience, etc.,” Huitt-Zollars Planner Christof Spieler said. “This project is about working with the community, elected officials, the SEPTA board and SEPTA departments to develop a vision of an alternate, optimized future while gaining necessary buy-in to realize it.”

SEPTA in September embarked on a three-phase analysis and public feedback process for “Reimagining Regional Rail.”

Connecticut has launched an 18-month pilot program offering individuals who are blind or have low vision free Aira service, allowing them to connect in real-time with agents who can provide public transportation and other essential services assistance.

Aira uses a smartphone’s camera to stream live video to an agent who can narrate and interpret what they see for the user. This can include how to use a ticket vending machine, navigate one of the state’s public transportation hubs, or access connecting services.

A complete report and evaluation of the service will be available when the pilot ends March 15, 2023.

“We’re very pleased to offer this service to customers who may have visual impairments,” Connecticut Department of Transportation Commissioner Joseph Giulietti said. “Our mission is to give all our riders access to vital public transportation services. We’re happy to be connecting people with our state’s extensive transit system to improve their quality of life—getting people to work, schools, health care, and so much more.”