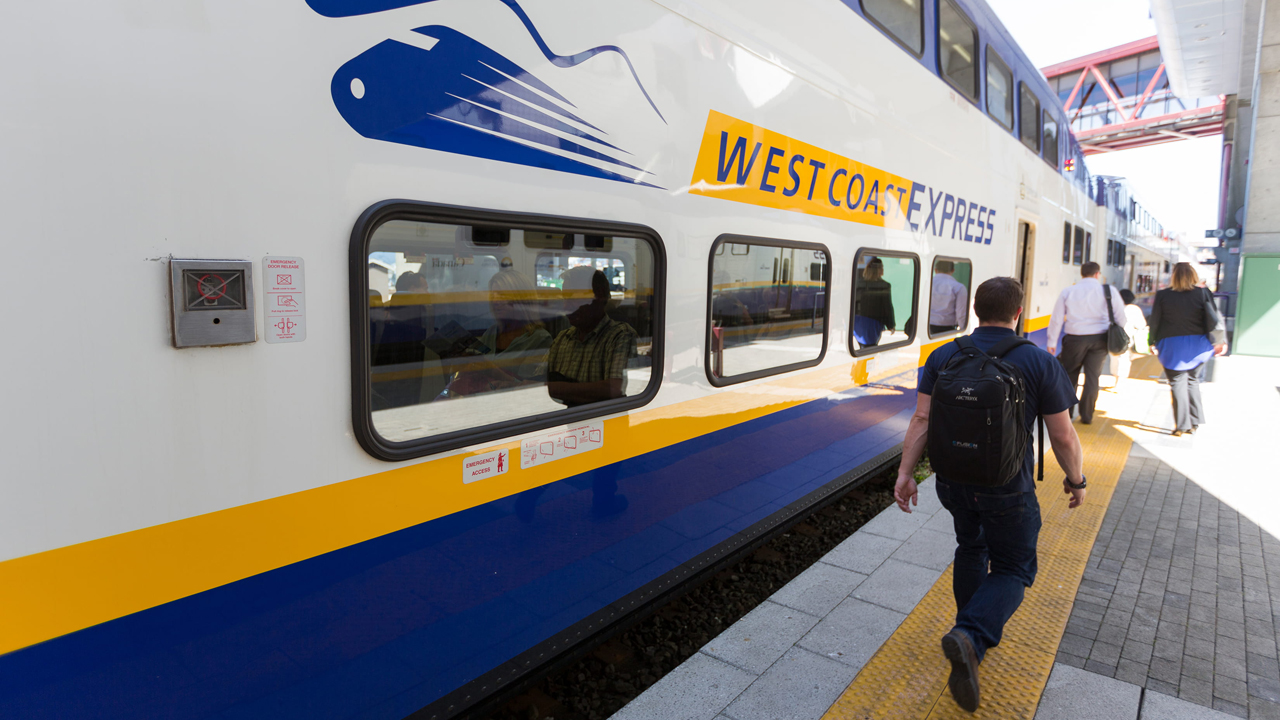 TransLink—which runs SkyTrain automated rapid transit, West Coast Express commuter rail, bus and SeaBus ferry services—has teamed with SCRAP-IT to offer a Compass Card rebate to riders in exchange for their older automobiles. Participating riders can choose either an eight-month adult 1-Zone or 14-month Concession Compass Card valued at C$802, according to TransLink, which is facilitating the SCRAP-IT Compass Card initiative through its TravelSmart for Business program.

British Columbia-based SCRAP-IT is a not-for-profit that has been delivering provincial and federal incentive/rebate programs for 25 years; its scrap vehicle program is “designed to reduce greenhouse gas emissions and lower exhaust pollutants.”

Qualified vehicles must meet the program’s fuel efficiency guidelines. Any 2001 or older car or truck with an internal combustion engine (gas/fossil fuel-propelled only) is eligible. “For vehicles model year 2002 or newer, the vehicle is not eligible to be scrapped in exchange for a SCRAP-IT rebate if the vehicle has electric drive train components (e.g., hybrid, plug-in hybrid, battery electric and hydrogen fuel cell vehicles), or if the vehicle has a Fuel Consumption Rating of 7.1 L/100km (city) or better as listed in Natural Resources Canada Fuel Consumption Guide (based on the year the vehicle was manufactured),” according to SCRAP-IT, which provides more details on its website.

“We are facing a climate emergency, and we must all take steps to reduce our carbon emissions,” said TransLink CEO Kevin Quinn, who took over agency leadership in July. “Partnerships like this help people make greener, more environmentally friendly choices. By choosing public transportation you are helping reduce congestion and the region’s carbon footprint.”

The SCRAP-IT Compass Card initiative is slated to help TransLink “reach our goal of reducing greenhouse gas (GHG) emissions by 80% by 2050,” according to the agency.

MTA Metro-North Railroad has upgraded its Port Jervis Station, the West of Hudson terminus of its Port Jervis Line in Orange County. The commuter railroad serves riders throughout New York and Connecticut, along the Hudson, Harlem and New Haven lines, which also include the Pascack Valley Line (see map below).

The “top-to-bottom” Port Jervis Station transformation included the construction of a one-car-length high-level platform, a concrete ramp leading from the parking lot to the platform, and a new sidewalk.

Improvements were also made to the existing parking lot to allow easier platform access. In addition, the platform canopy was remodeled with a wooden ceiling and new station signage. Among the other upgrades: new benches with USB ports, a new LCD kiosk and security cameras. Also, a brand new glass-enclosed passenger shelter was built on the platform, and includes artwork that was commissioned by MTA Arts & Design and that showcases prominent symbols, objects, architectural forms and industries from Port Jervis’ history.

Prior to the pandemic, the station served roughly 200 riders on an average weekday, 150 on an average Saturday, and 230 on an average Sunday, according to Metro-North, which noted that recently, ridership has reached about 35%-40% of pre-pandemic levels.

“Providing the best possible commuting experience will steer more Orange County residents towards taking the railroad into New York City,” Metro-North Railroad President Catherine Rinaldi said. “From the accessibility upgrades to the thoughtful artwork that captures the history of the city, Port Jervis customers now have a station that will proudly serve them for decades to come.”

“Port Jervis customers returning to their commute can look forward to using a more accessible and inclusive station, which can also attract new customers to our system,” MTA Chief Accessibility Officer Quemuel Arroyo said. “Ensuring we meet the needs of all our customers is a core goal at the MTA and every accessible station we bring online is a step in that direction.”

The SEPTA Board late last month approved contracts to include social outreach workers from Merakey Parkside Recovery, Eagle Staffing and One Day at a Time, Inc. on its teams that are already deployed to assist individuals experiencing homelessness, addiction and mental illness.

Outreach is part of SEPTA’s SCOPE (Safety, Cleaning, Ownership, Partnerships and Engagement) program, which launched earlier this year, according to the transit agency. It is also part of the SEPTA Transit Police Department’s SAVE (Serving a Vulnerable Entity Unit) program, which pairs Transit Police Officers with outreach workers for patrols, which will also receive additional resources under the recent Board action.

“The outreach workers will work in coordination with and respond to requests from SEPTA police officers, elevator attendants, station cashiers, and maintenance and custodial employees to engage members of the vulnerable population at specific locations,” said SEPTA Assistant Director for Transportation Kenneth Divers, who oversees the SCOPE program. “We will also continue to work closely with our partners in the community, city and region to connect people with the resources they need.”

“The partnership with outreach workers is allowing us to reach people who otherwise might be hesitant to accept help from police,” SEPTA Transit Police Chief Thomas J. Nestel III said. “We are encouraged by the progress we have seen so far, and we are grateful to have additional resources for this important work.”

“These are extremely complex societal issues, and we know that they cannot be solved by law enforcement alone,” SEPTA Board President Pasquale T. Deon Sr. said. “We are committed to addressing the challenges of the vulnerable population, while also ensuring SEPTA is positioned to play its critical role in our region’s recovery.”