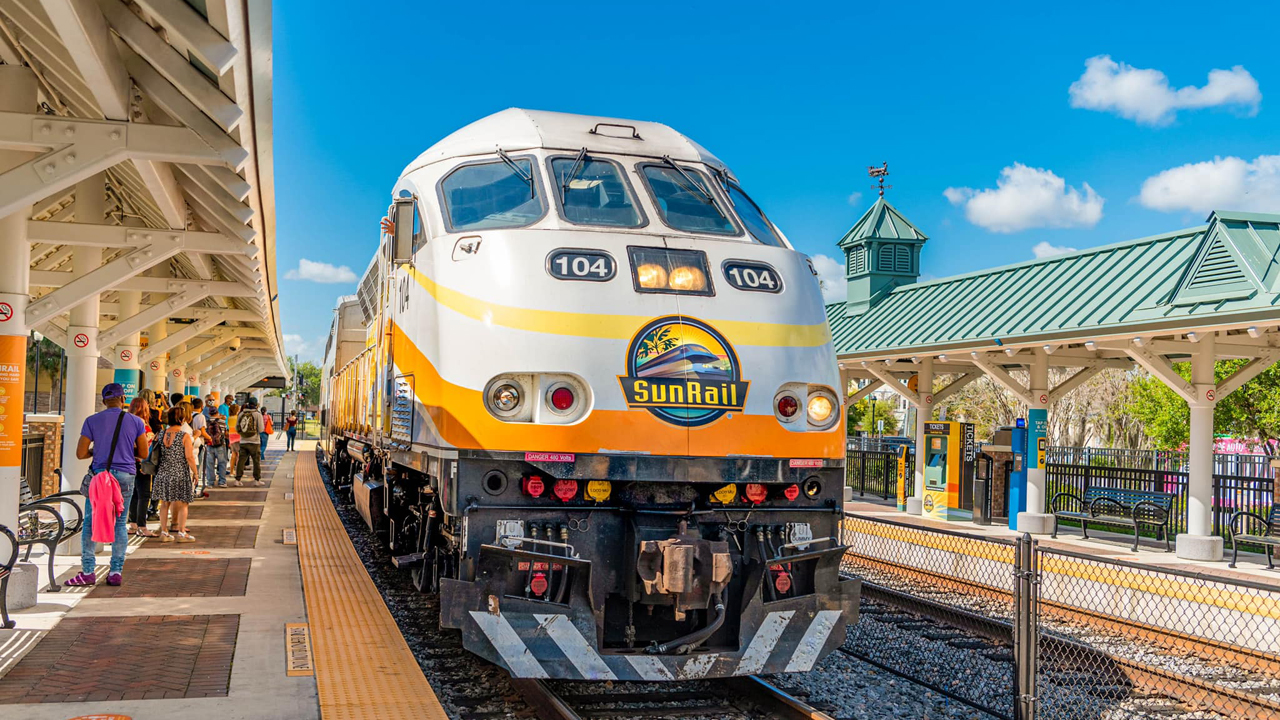 STV on Aug. 11 signed a contract to support the 12.2-mile SunRail Phase 2 North project in central Florida. Herzog Contracting Corp. is the prime contractor for the $34 million design-build commuter rail project that will extend the system north from DeBary Station to the DeLand Amtrak Station in Volusia County.

“This project will ease traffic congestion for travelers and shore up a connection from the residential areas of Volusia County to the employment center of Orlando,” STV Senior Special Projects Manager Robert Burnett said.

SunRail currently operates over 49 miles with 16 stations through Volusia, Seminole, Orange and Osceola counties. The commuter railroad launched in May 2014 with a 32-mile, 12-station line, and service began on its 17-mile, four-station southern extension in July 2018.

Amtrak’s station accessibility improvement project has wrapped up at Effingham, Ill., while another has started at New York Penn Station.

The New York Penn Station project will add an elevator at the 7th Avenue and 32nd Street entrance to meet Americans with Disabilities Act (ADA) compliance and help serve passengers who have wheeled luggage, strollers and other heavy items. Work is also being done to widen this entrance and replace the stairs and two existing escalators with three transit-grade escalators, according to Amtrak.

The new entrance design, “America’s Railroad” reported, “is only possible because of a public-private partnership with Vornado Realty Trust, which is building the new skylit canopy above the entrance and integrating it with a renovated 7th Avenue Plaza and Penn 2 office building expansion above.” Work is expected to take place over the next 18 months.

Amtrak said it has made more than $300 million in capital improvement investments at New York Penn Station in the past five years, in addition to its investment in Moynihan Train Hall. This includes the “Art at Amtrak” public art program; a new ticketed waiting area for New Jersey Transit and Amtrak riders; new wayfinding and signage throughout the facility; improved accessibility; and state-of-good-repair improvements.

“The work on the 7th Avenue and 32nd Street Entrance reflects Amtrak’s commitment to accessibility for all, the customer experience, and continuous improvement at the station,” said Amtrak Vice President of Stations, Facilities, Properties and Accessibility Dr. David Handera.

On Aug. 9, Amtrak and the city of Effingham, Ill., commemorated the completion of a $2.5 million station improvement project. The project started in 2019 with interior accessibility improvements and finished last month with a new 700-foot by 12-foot ADA-compliant platform, according to the Effingham Daily News. The station, which opened in 1924 by Illinois Central (north-south) and Pennsylvania Railroad (east-west), also includes new LED lighting and ADA-compliant pathways. Amtrak’s City of New Orleans, Illini and Saluki trains serve the station.

According to Amtrak, it has invested more than $489 million in accessibility upgrades throughout the country since 2011.

Bloomberg on Aug. 8 reported that Fortress Investment Group-backed Brightline will sell up to $1 billion of tax-free debt to finance its $2.7 billion, 170-mile extension north to Orlando (see map above), which is expected to open for service early next year.

“The company needs the bond proceeds to finance the project until next year, when it expects to get revenue from sharing its line with area governments,” according to Bloomberg. “The board of the Florida Development Finance Corp., the municipal agency that gives private entities access to low-cost debt financing, in a split vote Monday [Aug. 8] cleared the way for Brightline to issue the bonds. The company expects to issue $785 million of short-term debt but could sell $1 billion, said Brent Wilder, managing director at PFM Financial Advisors LLC, before the vote.”

“We’ve made tremendous progress, achieving more than 80% completion on Brightline’s Orlando extension,” Brightline spokesman Ben Porritt told Bloomberg in an emailed statement. “We appreciate the support of the FDFC board as we complete funding, as originally planned, for the remaining elements of the project.”

CTA has been awarded an $800,000 grant from the Federal Transit Administration’s (FTA) Pilot Program for Transit-Oriented Development Planning. On Aug. 10, the transit agency reported that it had received approval to enter into an intergovernmental agreement with the city of Chicago’s Department of Planning and Development (DPD) for the transfer of grant funds to be used toward the creation of a 95th Street Corridor Equitable Transit-Oriented Development Plan (ETOD). DPD is providing the $200,000 local match for the FTA grant.

“We are thankful for this grant award from the FTA as it allows us along with the city to move forward with a plan to help improve a community and provide equitable resources for all,” CTA President Dorval R. Carter Jr. said. “The ETOD plan will help revitalize a neighborhood and help guide the redevelopment to provide positive opportunities near one of our busiest transit hubs.”

In related developments, CTA will celebrate its 75th anniversary on Oct. 1.

There are three light rail route options for LACMTA’s proposed C Line (Green) Extension project between the existing Redondo Beach Station and the under-construction Torrance Transit Center (see map, left). The project would run 4.5 miles and offer two new stations. It would not only provide an alternative to congestion along the busy I-405 corridor, but also more transit alternatives by connecting with the existing Metro Rail A (Blue) and future K (Crenshaw/LAX) lines.

• Metro Railroad Right-of-Way (ROW) Alignment, Trench/Below-Grade Option, which would begin transitioning from the elevated structure at the existing Redondo Beach Station to an open-air trench or below street level to cross under seven streets between Inglewood Avenue and 170th Street. The trench option would transition to street level to cross over Artesia Boulevard, Grant Avenue then cross under 182nd Street in a trench and rise back at-grade to cross over Hawthorne Boulevard. Two stations are proposed at the Redondo Beach Transit Center and Torrance Transit Center.

The TriMet Board on Aug. 10 approved a two-year contract extension between TriMet and ATU 757. The union Working and Wage Agreement that had been set to expire on Nov. 30, 2022, will now extend through November 2024.

TriMet staff represented by ATU 757 voted to ratify the contract in late July.

“Our union employees work incredibly hard to keep our transit service rolling, people throughout the region moving and our customers informed and safe,” TriMet General Manager Sam Desue Jr. said. “They deserve pay that reflects their vital role, not only at TriMet but in our community. I’m thrilled to see this contract extension and the salary increases move forward.”