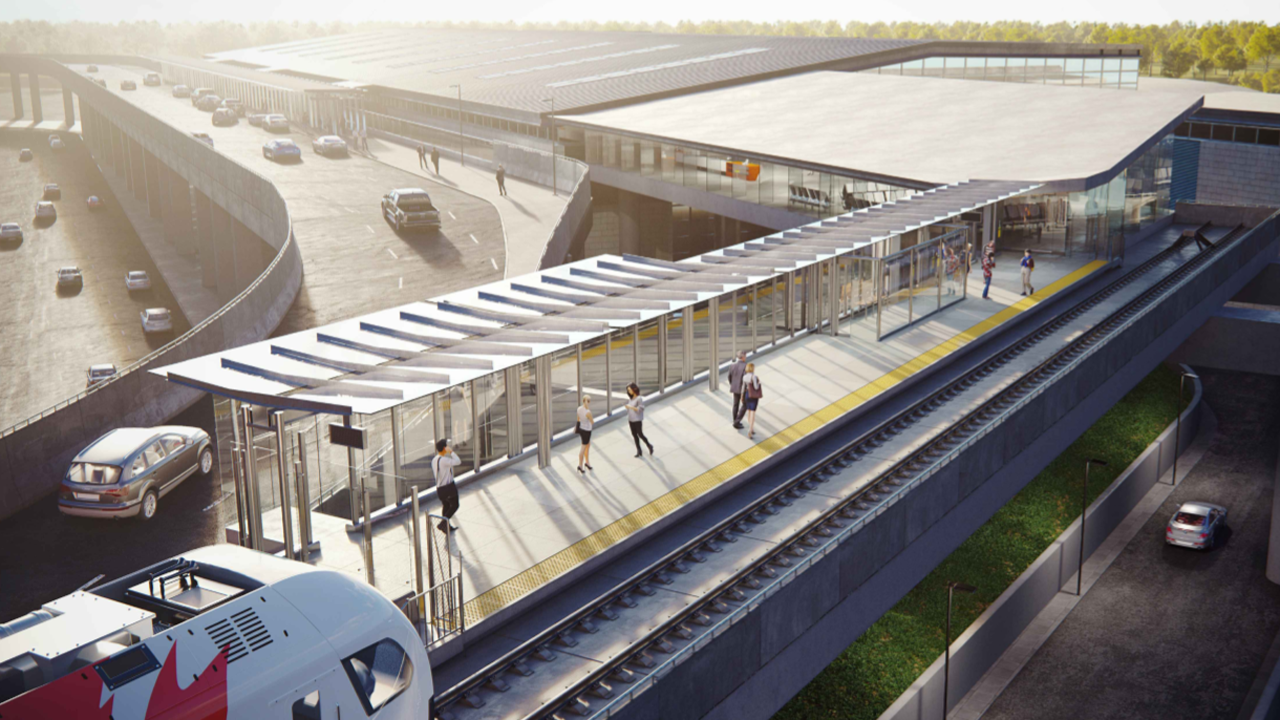 The fully accessible station, a three-story elevated structure, will connect the airport terminal at the north end of Level 3 to the station platform. Construction is already under way and is slated for completion in summer 2022.

The new station “will reduce traffic congestion and improve accessibility and connectivity to the airport by offering an environmentally sustainable direct link between downtown Ottawa and the airport,” Minister of Transport Omar Alghabra said during the recent funding announcement.

Minister of Infrastructure Catherine McKenna added: “In great news, once the second phase of the LRT is built, close to 80% of Ottawans will live within 5 kilometers of the LRT making it a critical investment in building a clean, livable city.”

In addition to the LRT station funding, the government of Canada is providing the Airport Authority with C$5.69 million from Transport Canada’s Airport Relief Fund to “help the airport maintain continued airport operations and essential air services for residents and workers in the National Capital Region and surrounding communities.”

Users of NJ Transit’s mobile app can now select Rail Maps/DepartureVision to track the location of their train in near real time, or MyBus Maps to see the real-time location of the next bus to their stop. Additionally, they can determine the estimated train or bus arrival time at their location.

NJ Transit also announced that its mobile app now provides access to a Deals & Discounts program as well as the new NJT Rewards program, which allows users to earn points for their ticket purchases and redeem them at participating vendors and attractions.