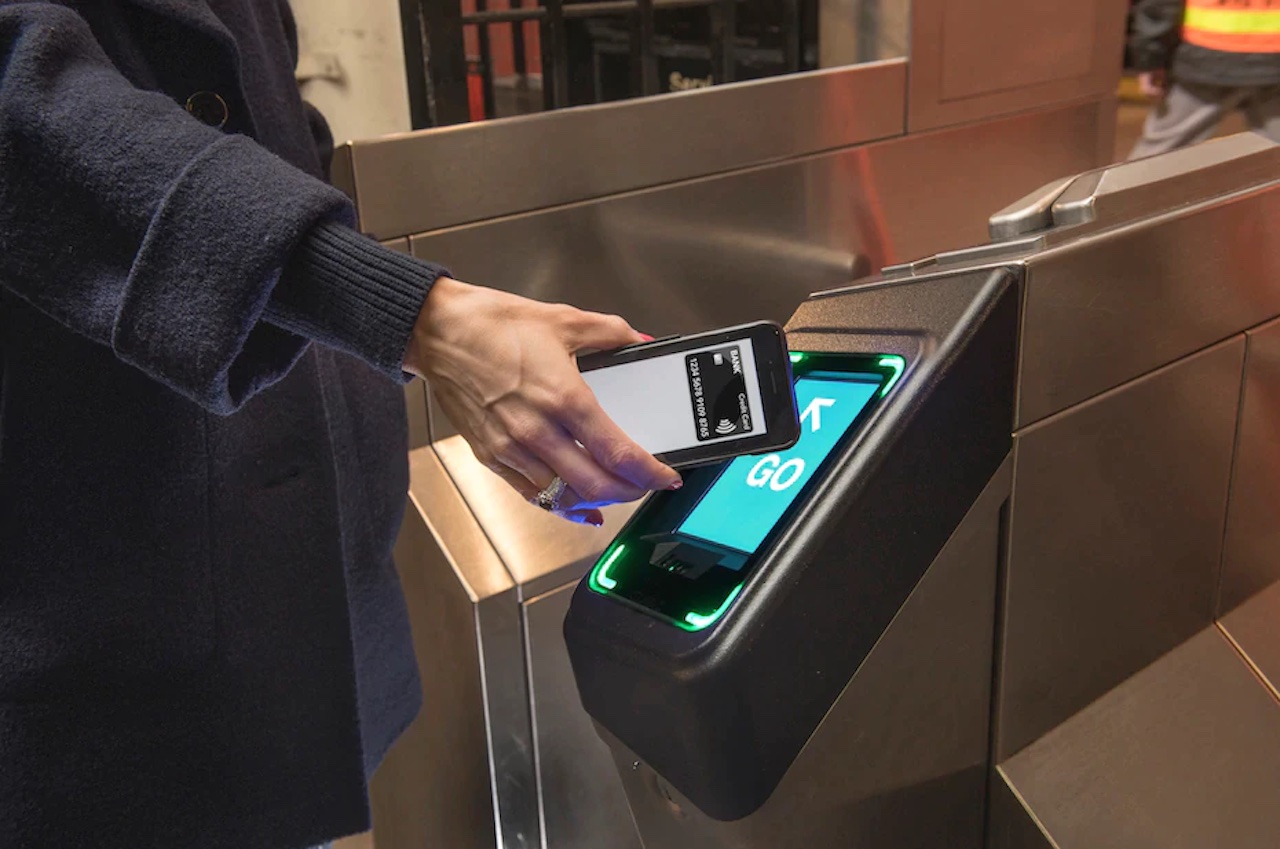 According to a Bloomberg Businessweek report, implementing the MTA’s new contactless payment system, OMNY, across its subways, buses and commuter rails, may take until June 2025, nearly a year longer than the agency’s anticipated finish completion date of September 2024.

The $772 million OMNY project, which will replace MTA’s current MetroCard, has experienced delays to “key milestones, such as the installation of New York City Transit (NYCT), configurable vending machines, OMNY revenue, as well as the introduction of OMNY to the commuter railroads, which is impacting the project substantial completion,” said Joseph DeVito, Program Manager of MTA’s Independent Engineering Consultant (IEC) and Senior Vice President at The McKissack Group, as reported by Bloomberg Businessweek.

According to the MTA, since the agency first began adding OMNY screens in December 2020, “usage has steadily increased,” with approximately one-third of all subway and bus rides being paid using the new system, as of September, said Amy Linden, Acting Lead for the MTAs fare payment program, Bloomberg Businessweek reported.

According to the Bloomberg Businessweek report, MTA’s contractor on the OMNY project, Cubic Transportation Systems, “also believes it will take more time to fully implement the new system beyond the MTA’s projections.”

“We are working with the vendor to understand the basis for their changed forecast and what is required to improve it,” Linden said in the Bloomberg Businessweek report. “The effort to align on a reforecast is ongoing at this time.”

DART announced on Oct. 24 that it will be providing free transportation on its trains, buses, Dallas Streetcar, GoLink, Paratransit Services and the TRE between EBJ Union Station and CentrePort/DFW Airport Station, to polling locations on Nov. 8.

According to the agency, no proof of voter registration is required to ride for free on Election Day. GoLink riders can use promo code VOTE08 at checkout for a complimentary Adult Local Day Pass in the GoPass app on Nov. 8. Click here to learn more.

Additionally, DART says it is also offering free roundtrip shuttle service to and from the Dallas County Elections Training/Warehouse (1460 Round Table Drive, Dallas, TX 75247) during the early voting period from Oct. 24 through Nov. 4, as well as on the day of the general election, Nov. 8.

Riders wishing to vote at this location, DART says, can connect to the special shuttle service using Route 222. The Vote Center Shuttle will pick up and drop off riders at the bus stop located at the intersection of Titan Drive at Empress Row (1278 Titan Drive, Dallas, 75247), which is served by Route 222 seven days a week. To get to the shuttle stop, riders should exit the train at Inwood/Love Field Station and board a Route 222 bus with the destination “Regal Row” in the headsign.

The MBTA on Oct. 24 announced partnerships with Kendall Square Association (KSA) members Google and Sanofi, the City of Boston, and retailers in Assembly Row to provide employees of those organizations with local subway and bus passes through the Pay-Per-Use limited fare program.

During this program, MBTA says, a select number of employees from those companies will have unlimited access to subway and local bus services with their trips fully funded by their employers or for Assembly Row retail employees funded by Assembly Connect for the duration of the Pay-Per-Use limited fare program initiative.

Since 2016, the MBTA says it has partnered with the Massachusetts Institute of Technology (MIT) “to operationalize a post-paid institutional fare program that charges the institution based on usage of their employees’ transit passes.” The Pay-Per-Use limited fare program initiative is expected to run for two years, after which the MBTA will “evaluate expanding it further as it transitions to the new fare collection system.”

“We’ve been so excited to partner with the MBTA and expand on the proven success of the Access MIT model to provide this service to two more of our KSA members—Sanofi and Google,” said Beth O’Neill Maloney, Executive Director of the Kendall Square Association. “Our members are innovating around their commuter culture, parking assets, and carbon footprint as a part of their commitment to sustainability.”

“The benefits and policies that employers offer their employees play a key role in what mobility choices their employees make,” said MBTA General Manager Steve Poftak. “We are thrilled to partner with the City of Boston, Google, Sanofi and Assembly Connect to support their employees’ use of transit. By studying this limited expansion of the program that MIT helped pioneer, we aim to guide further development of flexible fare programs for employers as we transition to the new fare collection system.”

According to the MBTA, many employers in the greater Boston area provide their employees with transit benefits through the agency’s Perq for Work program, offering pre-taxed (sometimes fully or partially) funded transit passes to employees. This limited Pay-Per-Use fare program “works with employers and TMAs, such as Assembly Connect, that want to fully subsidize their employees’ transit trips to incentivize employee use of transit when commuting to work,” MBTA says.

According to a WCNC report, the Charlotte City Council voted on Oct. 24 to approve $14.8 million for the expansion of CATS’ light rail maintenance facilities near Charlotte’s NoDa neighborhood.

The expansion of the 17.88 acres in land, which is currently part of the larger Norfolk Southern (NS) rail yard north of Uptown Charlotte and sits adjacent to the current LYNX Blue Line and its North Brevard Light Rail Facility (purchased by the city from NS in 2014), will give CATS “more room to store and maintain trains,” WCNC reported.

According to the WCNC report, the new land would also “be envisioned to serve the proposed Lynx Silver Line project, which calls for a new 29-mile, 21-station light rail from the city of Belmont in Gaston County, through Uptown Charlotte and on toward Union County.”

Key stops, as part of the Lynx Silver Line, are expected to include the Bank of America Stadium, Charlotte Douglas International Airport, Bojangles Coliseum and the Town of Matthews.

According to the WCNC report, the City of Charlotte, in 2009, had the option to purchase the entire NS yard, which stretches for more than a mile from approximately 16th Street to Matthewson Avenue (which becomes 30th Street) but decided not to due to “financial constraints.”

According to the WCNC report, CATS will also be hosting virtual public meetings next month as planning efforts continue on the LYNX Silver Line project to discuss proposed routes.