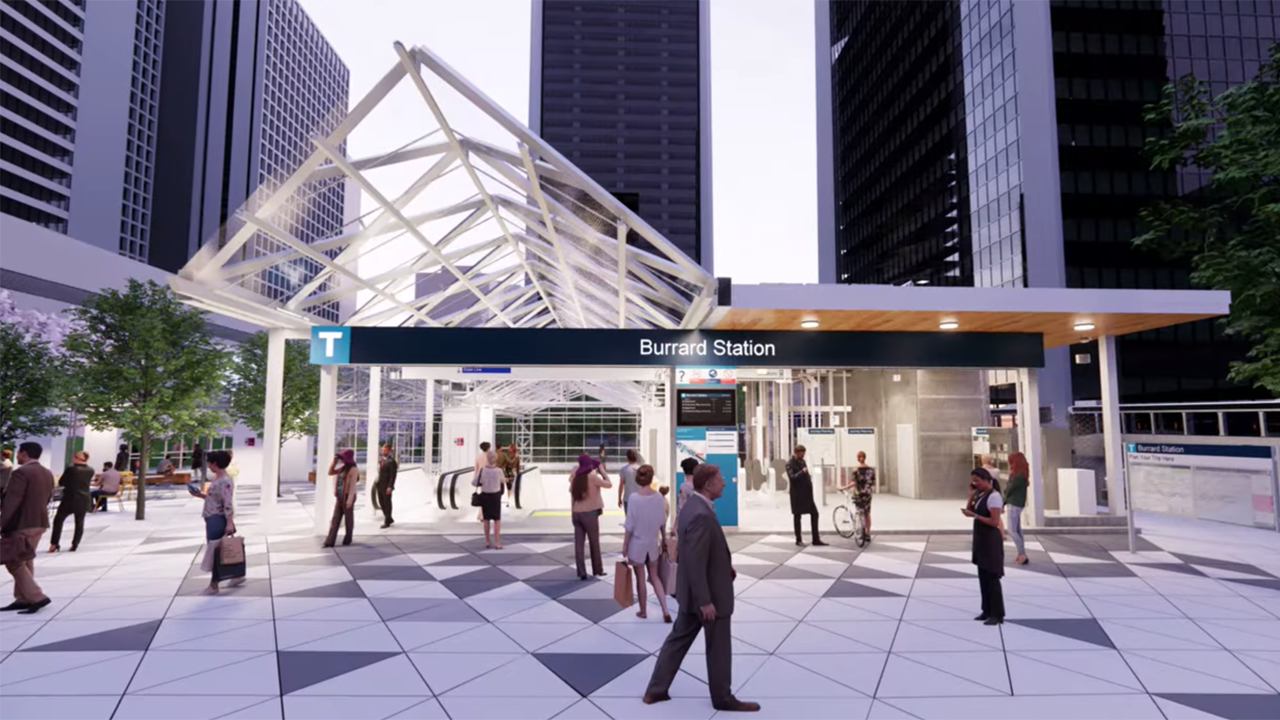 TransLink’s Burrard SkyTrain Station upgrade project is slated to start in early 2022. It will take approximately 2 years, during which the station will be closed to protect riders and workers, reduce overall construction time by some 2-1/2 years, and save about C$35 million in costs.

NJ Transit has released a Request for Proposals (RFP) for the Metropark Station TOD project to the four finalists who successfully submitted Statements of Qualifications and Expressions of Interest in 2020. The 12-acre mixed-use, phased-development project site is located adjacent to the station (see map above), one of the agency’s busiest rail and bus stations along the Northeast Corridor Line.

Developing TODs is one of the five goals of NJ Transit’s 2030 10-year Strategic Plan, through which the agency is “promoting a more sustainable future for our planet through the development of walkable communities, engaging in adaptive reuse of property to maximize its value, and fostering a green economy by reducing emissions related to transportation.”

“For NJ Transit, the development of TOD communities not only means new opportunities to generate revenue and optimize the agency’s real estate around our public transportation hubs throughout the state, but also to meet the state’s economic and environmental goals,” NJ Transit President and CEO Kevin S. Corbett said. “NJ Transit knows how transformational this development will be for the township of Woodbridge and is proud to facilitate the advancement of this important project.”

TransLink reported that the Burrard SkyTrain Station upgrade project will be under way for approximately two years. The agency has opted to close the station during that time to protect riders and workers, reduce overall construction time by some 2-1/2 years, and save about C$35 million (US$27.8 million) in costs.

The station has not had a significant upgrade in its 36 years of operation, according to TransLink. Among the improvements: doubling the number of escalators (from three to six) and elevators (from one to two) “to provide greater accessibility and relieve congestion on platforms and at the concourse level”; relocating the Burrard Street entrance to align with the pedestrian crossing, “making it easier to get in and out of the station, and provide better access to buses along Dunsmuir”; redesigning the station’s outdoor plaza; and updating the station’s power supply and mechanical systems.

Based on pre-Covid ridership data, the Waterfront and Granville Stations can accommodate the additional riders during the Burrard Station closure, TransLink said. Additional bus service will will also help minimize the impact to riders.

“These significant upgrades are necessary to keep our transit system operating effectively and efficiently for our customers,” TransLink interim CEO Gigi Chen-Kuo said. “With more than 7.6 million annual boardings in 2019, Burrard Station is the fourth busiest station on our SkyTrain network. These upgrades will greatly improve the customer experience and as the region prepares to welcome one million new residents by the year 2050, this important project allows us to be prepared for additional future demand.”

WMATA’s extended operating hours are the first in a package of service improvements passed by the Board of Directors in June that add “all-day rail service, create high-frequency bus routes and improve service across the region,” according to the agency. Late-night bus service to 2 a.m. has already resumed.

More bus and rail service improvements are slated for September. Trains will run more frequently all day, with service on Fridays and Saturdays running until 1 a.m., WMATA reported. Additionally, high-frequency service will be added to 20 Metrobus lines, with increased service on 16 others. Another 46 bus routes will improve or restore service while continuing to operate existing late-night service until 2 a.m.

“Riders that work late, enjoy the region’s restaurants and nightlife, or need to get to and from places at night will now have more flexibility with trains running longer every night,” WMATA General Manager Paul J. Wiedefeld said. “As the region recovers, Metro will be there to meet the transit needs of customers and businesses in the National Capital Region.”