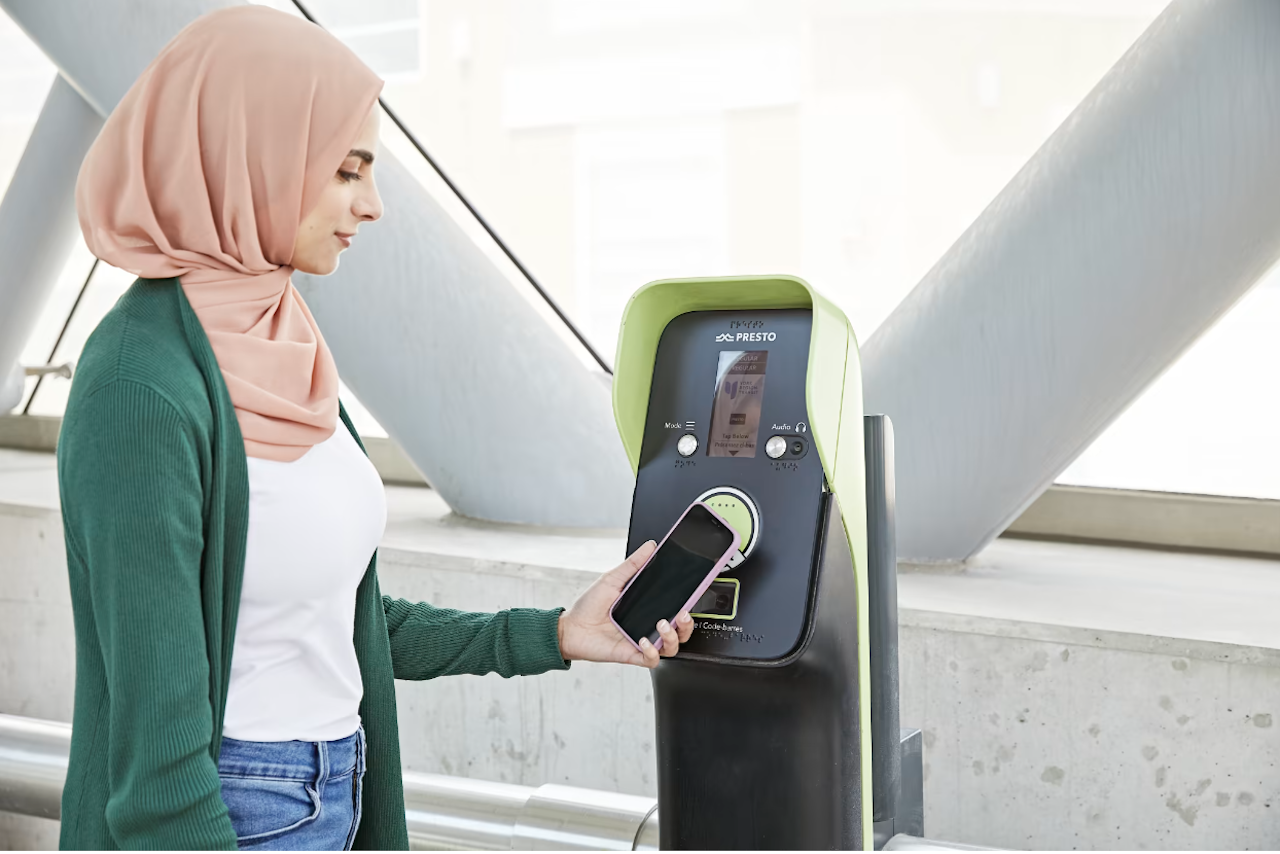 Metrolinx announced Jan. 23 that customers can now tap their credit cards to pay transit on all local 905 transit systems.

All it takes is a quick tap on a PRESTO machine with your credit card, including those cards on a smartphone or smartwatch, and customers are ready to travel.

Coming next month, Metrolinx says it will be adding debit payment as an option across all transit systems, in addition to rolling out these new payment options as soon as possible to TTC riders.

Enabling a credit option with PRESO, Metrolinx says, is part of a plan to give customers more choice, flexibility and convenience, making the transit experience more seamless across the region.

Real-time countdown clocks are coming to SEPTA’s subway platforms this spring, according to a KYW Newsradio report.

According to the report, the transit agency has been working on the functionality for years and the first transit countdown clock is expected to be in operation at the 13th Street Station on the Market-Frankford Line by the end of March.

“We’ll work on the Market-Frankford Line first, and then move on to Broad Street and the other modes, which would include the trolleys and Norristown High-Speed Line,” said SEPTA Spokesperson Andrew Busch, noting there is no exact timeline for rolling out countdown clocks across all modes of transportation.

According to the KYW Newsradio report, as countdown clocks are rolled out, riders will see digital messages incorporated into existing screens.

The Broad Street, Market-Frankford and trolley lines all have different signal systems that track vehicles’ location, and software had to be designed to integrate them.

“It’s kind of attaching newer software to an older signal system, working out the bugs with that,” added Busch. “We think we’re in pretty good shape with that now.”

According to the KYW Newsradio report, the project, which was supposed to launch in 2020, was set back a few years due to the pandemic and a malware attack.

According to a Duluth News Tribune report, Minnesota legislators have begun working on securing funding for NLE, a passenger rail line between Duluth and the Twin Cities, with bills in the House and Senate calling for $99 million from the state general fund to start the service.

“If Gov. Tim Walz signed off on that legislation, it would unlock $396 million in matching federal funding for the Northern Lights Express rail service, which advocates say has its best shot yet this year with the Democratic-Farmer-Labor (DFL) Party in control of state government and a $17.6 billion surplus. It would be the first passenger rail connection between Duluth and the Twin Cities since the mid-1980s,” the Duluth News Tribune reported.

According to a Duluth News Tribune report, NLE would use 152 miles of existing BNSF Railway track and connect Target Field in downtown Minneapolis to the St. Louis County Depot in Duluth, with stops in Coon Rapids, Cambridge, Hinckley and Superior, Wisc. The line would be run by Amtrak.

According to a Duluth News Tribune report, “Republican opposition has prevented the project from moving forward in the past. GOP lawmakers, including those along the route, have questioned if the level of ridership and length of the trip would justify the expense. The Minnesota Department of Transportation estimates a trip on the NLX would take about 2½ hours and could possibly outperform drive times depending on weather and traffic. Transportation officials estimate up to 750,000 people will ride the train in the first year of service.”

The current proposals in the Legislature, according to the report, would cover the cost of a $495 million. However, earlier estimates placed the price tag for the line at $450 million. If the state approves funding, the NLX Alliance, a coalition of interested groups along the route, says it expects the route to begin operating in about three years, the Duluth News Tribune reported.

According to the Duluth News Tribune report, “much work lies ahead in the coming months for Minnesota lawmakers piecing together the state’s budget and borrowing bills. Set. Grant Hauschild (DFL-Hermantown), who is co-sponsoring the bill authored by Sen. Jen McEwen (DFL-Duluth), said his fellow NLX backers are ‘keeping their options open for how the state will pay for the project.’”

Gov. Tim Walz also signaled support when he asked for $16 million for the project in his $2.7 billion bonding proposal last year, according to the report, which adds that he is set to “release complete details of his bonding and budget priorities this week.”