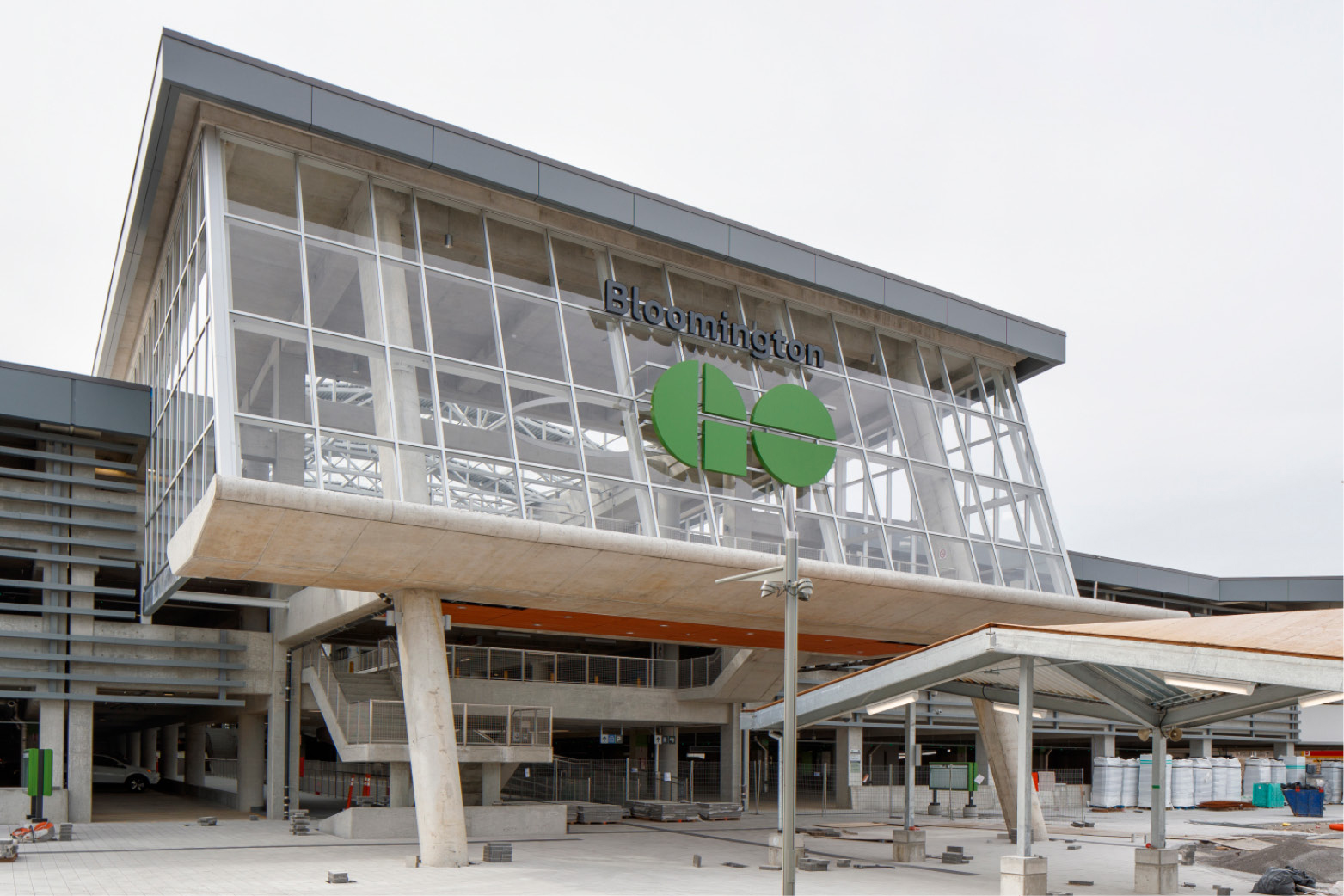 Toronto-area regional transit agency Metrolinx has opened the Bloomington GO Station, part of the Richmond Hill Line; the Maryland Department of Transportation Maryland Transit Administration (MDOT MTA) has launched a real-time digital signage pilot program; the Utah Transit Authority Board of Trustees has approved a new contract with the Utah Division of Air Quality for “free fare days,” according to the Daily Herald; and VIA Rail Canada (VIA Rail) will increase service on the Québec City-Windsor corridor starting July 12.

The station is served by eight Richmond Hill Line GO Transit train trips (four trips in both the morning and evening rush hours) as well as 17 GO bus Route 61 trips, every weekday. It offers a 12-car platform with a snowmelt system, six-bay bus loop, and a three-level parking structure with 760 parking spaces in addition to 238 surface spaces.

“We are so proud to open the new Bloomington GO Station, which will deliver even more transit connections in York Region,” Metrolinx President and CEO Phil Verster said. “Our customers will have access to amenities that will keep them safe as they travel on York Region Transit and GO Transit, all in the same place.”

In partnership with Transit app, MDOT MTA debuted real-time tracking for all local buses in 2018, and expanded it to Commuter Bus in June 2019 and MARC Train Service (commuter rail) in August 2020. MDOT MTA is working to develop real-time information capabilities on both Metro Subway and Light Rail by the end of 2021.

“Real-time tracking and these new kiosks provide our riders with the reliable information they need, and demonstrate how we’re working to integrate service across modes to help achieve door-to-door service for customers,” MDOT Secretary Greg Slater said.

According to the Daily Herald (Provo, Utah), the Utah Legislature in January 2020 “approved a measure that allowed for free fares on public transit during bad air days under certain conditions.” Free fares were limited to weekdays in January and February, and had not been implemented. UTA’s new contract with the Utah Division of Air Quality (DAQ) should change that, the paper reported. UTA Business Development Manager Kensey Kunkle told the Herald that the free fare program will now run from July 1, 2021, through February 28, 2022, and “allow for free fare days to be triggered on any day during that time frame.”

Under the contract, “the amount billable per day will be increased from $25,000 to $82,000 with a maximum allowable total reimbursement of $492,000 from the DAQ to UTA,” the Herald reported. “According to UTA board documents, the funding the agency receives from DAQ will only be used to cover lost fare revenue. Any administrative or operating costs in the program will be absorbed by UTA.”

Starting July 12, VIA Rail will add 63 weekly frequencies to the Québec City-Windsor corridor, increasing service levels from 38% to 54% on the route.

“The increase of frequencies in the Corridor marks another crucial step in our service resumption plan,” VIA Rail President and CEO Cynthia Garneau said. “While we continue to closely follow the evolution of the COVID-19 pandemic and to collaborate with public health authorities and federal and provincial governments, we are encouraged by the progress made regarding the reopening plans and by the increasing demand for our services. We look forward to fully resuming all our operations throughout our network when conditions will allow it.”