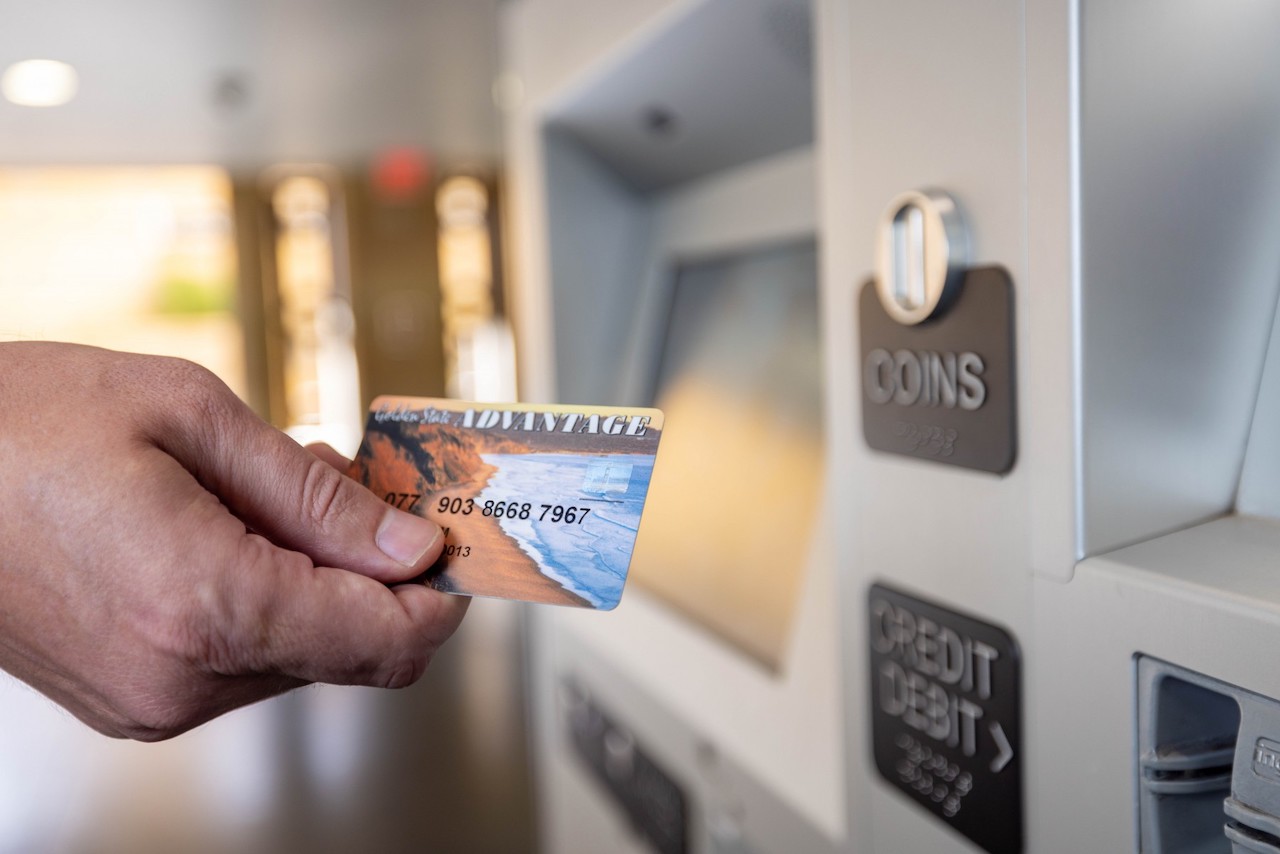 Metrolink's discount program will be available for one year or until the grant funds are depleted.

Beginning Sept. 1, Metrolink announced, passengers with a California Electronic Benefit Transfer (EBT) card are eligible for a 50 percent discount on all Metrolink tickets and passes. Riders can use their EBT card at any Metrolink station ticket machine to validate and unlock the discount.

According to Metrolink, a California EBT card is required to validate the discount, while an alternative form of payment is needed to complete the ticket purchase. The discount program will be available for one year or until the grant funds are depleted.

Funding for the discount is made possible by a grant from the Low Carbon Transit Operations Program (LCTOP), administered by the California Department of Transportation (Caltrans).

“We are grateful to Caltrans for providing the funding to make this program happen,” said Metrolink Board Chair Ara Najarian. “This fare discount advances Metrolink’s commitment to public transportation equity and accessibility across the six counties we serve.”

During the summer, WMATA closed the five stations for platform reconstruction, customer improvements and to conduct safety-critical repairs on several bridges along this segment of the Orange Line.

The reopening of the five stations, WMATA says, marks the completion of a four-year program to rehabilitate and modernize 20 outdoor stations across the Blue, Orange, Silver, Yellow and Green lines. According to WMATA, the project, which began in 2019, used a new construction strategy to close stations during construction, consolidating years of work into months.

Funded by the Authority’s 10-year, $15 billion Capital Improvement Program, the project, WMATA says, has been the largest, most complex capital construction project completed since its opening in 1976. Today, WMATA adds, these stations provide customers with safer, modern and more accessible stations, including:

Orange Line trains will resume normal service on Sept. 16 to all stations between Vienna and New Carrollton and parking fees will be restored. Some additional work in and around the stations may continue after stations reopen, including the eastside bus relocation at New Carrollton and portions of Park & Ride and Kiss & Ride lots that will be closed through September and as late as October, WMATA said.

According to Valley Metro, more than 68,000 feet—nearly 13 miles—of new waterline has been installed on the project so far, and nearly 5000 feet of track has been installed, including 13 pieces of special trackwork.

The project, Valley Metro added, has also created hundreds of jobs for local workers. To date, 1,122 crew members, including carpenters, electricians, ironworkers, have been hired to build the extension, according to the transit system.

According to the transit system, Valley Metro and the City of Phoenix have provided $508,000 in grant funding to 64 local businesses in the project area through the Small Business Financial Assistance Program “to help mitigate the impacts of construction.” Valley Metro’s free business assistance programs also include marketing, community events, accounting and financial planning, and more to businesses in the construction corridor.

The Draft FY 2023-2028 CTP, which outlines investments in each of MDOT’s transportation business units funded by the Transportation Trust Fund, including Maryland Aviation Administration (MAA), Maryland Port Administration (MPA), Maryland Transit Administration (MTA), Motor Vehicle Administration (MVA), State Highway Administration and The Secretary’s Office, the organization says, is nearly $2.2 billion more than the $17.7 billion Final FY 2022-2027 CTP released in January. That increase, according to MDOT, is the result of such factors as $1.3 billion in additional federal formula funds from the bipartisan Infrastructure Investment and Jobs Act (IIJA) passed by Congress last fall, as well as improved post-pandemic revenue estimates and an increased share of state corporate income tax revenue allocated to the organization.

According to MDOT, the Draft CTP proposes to invest 35% of the budget, $6.9 billion, on system preservation to achieve and maintain a state of good repair (SGR) for transit, state roads, bridges, airports and Maryland’s Port of Baltimore. That investment, the organization adds, is $800 million more than last year’s CTP package.

The Draft CTP, MDOT says, also provides for the historic bipartisan agreement Governor Larry Hogan negotiated with lawmakers during the 2022 Maryland General Assembly session to “dramatically increase transportation and infrastructure funding for local governments through the state’s Highway User Revenue program.” As part of the agreement, MDOT says, the share of transportation funding for local jurisdictions increases incrementally from FY 2024 to FY 2027, providing an overall boost of 33% throughout the next six years to “help local jurisdictions advance transportation priorities and provide local matching funds to capitalize on federal grants.”

“This draft plan is Maryland’s largest transportation budget ever, and it continues our commitment to create opportunities for all Marylanders through a transportation network that’s safe, reliable, accessible and equitable for all,” said MDOT Secretary James F. Ports, Jr. “The $2.2 billion increase will deliver priority projects in every county and Baltimore City and provide hundreds of millions of dollars more in Highway User Revenues to local jurisdictions. While the infusion of IIJA funds is helpful, it is important to remember that the majority of federal formula funding was already allocated in the Final FY 2022-2027 CTP.”

These allocations, MDOT says, are based on the federal formula outlined in the IIJA by the Federal Government. “The MDOT team is working closely with our federal partners on the specific criteria to program additional projects for both transit and highways,” the organization said.

According to MDOT, some additional project funding may also be available through discretionary grants that are part of the IIJA package and other longstanding federal grant programs. MDOT says it will continue to work with local jurisdictions to apply for such grants, as available.

“IIJA funding will aid long-term SGR investments and fulfill Governor Hogan’s commitment to advance at least one new priority project in every county and Baltimore City in the form of new highway, transit or aviation projects,” the organization said. MDOT’s Draft FY 2023-2028 CTP includes those projects, which are outlined here.

A total of 140 new secure spots, which Metrolinx says are by reservation only to “help ensure that customers’ bikes are kept safe and secure,” are available at the five stations with more scheduled to come later this year.

The initiative is part of Metrolinx’s goal to “increase station access for customers with a variety of travel preferences–so, those who live too far to walk and don’t want to drive now have another option.”

“These reserved bike rooms will make it much more convenient for customers to get to and from their nearest GO station,” said Metrolinx.

Customers can apply to reserve a spot here and will then receive a code that they can use to access the bike parking room.

The three new Art on TAP cards are “Memory and Perspective” by José M. Loza, “Vovó Santinha” by Cat Ferraz, and “Wall of Concrete” by Kristina Ambriz.

As with previous rounds of Art on TAP cards by Metro Art released in June and late July, and the inaugural set of Art on TAP in 2019, LA Metro says the portraits “evoke the intimate and universal stories of riders on the transit system.”

The rider portraits are also featured on the Metro Art Bus, on digital screens installed at A Line (Blue) and E Line (Expo) stations, and in the Union Station Passageway Art Gallery as part of the multi-site exhibition We Are…Portraits of Metro Riders by Local Artists.