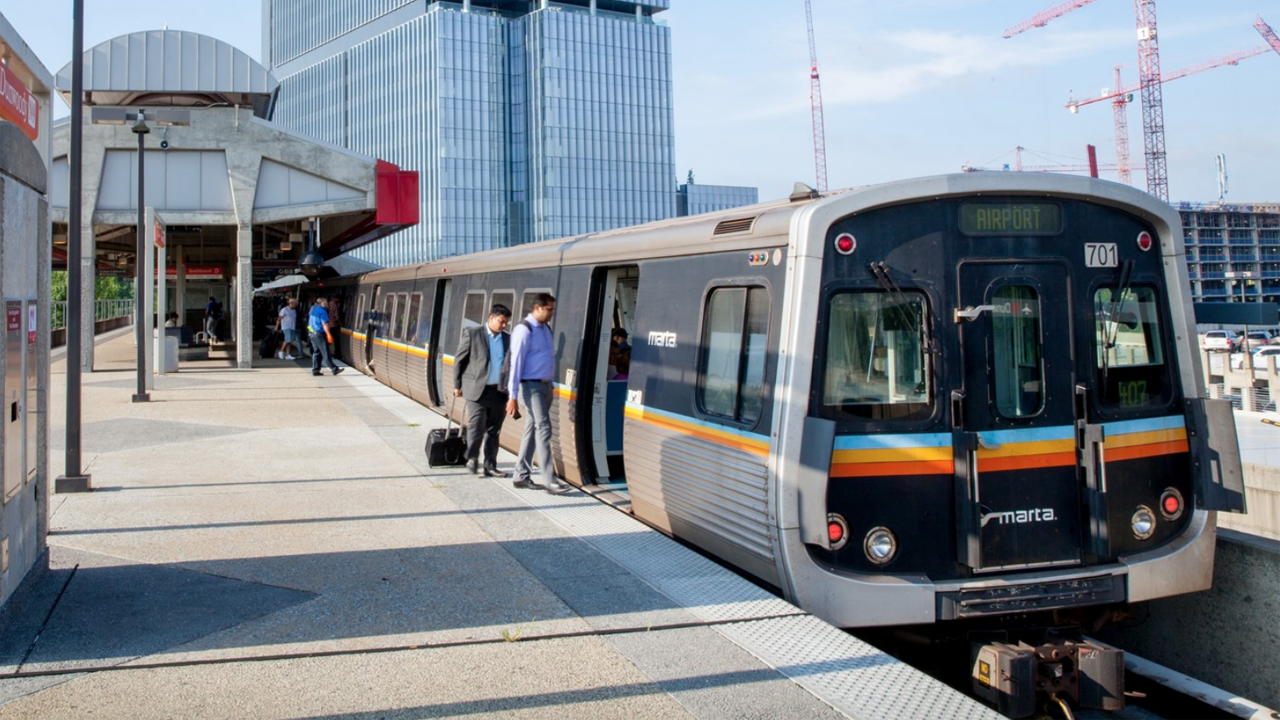 MARTA and Goldman Sachs are working together on an initiative that finances new affordable housing and transit-oriented development near the agency’s 38 heavy rail stations and 12 Atlanta Streetcar light rail stops.

MARTA teamed last year with Goldman Sachs on the Atlanta Affordable Housing and TOD Initiative, which it said was designed to “promote and support the development of ground-up mixed-income, TOD projects that benefit from proximity to MARTA’s 38 heavy rail stations [and] 12 Atlanta Streetcar light rail stops, and new transit investment corridors.” The investment firm sought to provide up to $100 million of capital to developers. MARTA reported on March 22 that Goldman Sachs is adding another $100 million to the program, which will continue to focus on projects financed through firm’s “One Million Black Women initiative, a $10 billion commitment to advance racial equity by investing in Black women.”

“[T]his $100 million increase in our initiative with Goldman Sachs supports our ongoing mission to provide an equitable and holistic approach to serving the communities in which we operate with transit and community development,” MARTA Interim General Manager and CEO Collie Greenwood said.

“The Urban Investment Group is proud to reaffirm its engagement in Atlanta by doubling the targeted size of our affordable housing and TOD initiative with MARTA,” said Yarojin Robinson, Managing Director in the Urban Investment Group within Goldman Sachs Asset Management. “By investing in affordable housing near MARTA’s transit offerings, the initiative will help to ensure that Atlanta remains accessible for all residents, regardless of household income.”

On April 4, Metrolink will continue to restore pre-pandemic service by adding 26 trains:

Metrolink reported that it is at approximately 30% of pre-pandemic weekday ridership levels. With the new service added on April 4, the agency anticipates that percentage to grow to about 44% by mid-summer. On the weekends, Metrolink said it has already recovered nearly 70% of its pre-pandemic ridership.

“As Metrolink CEO, I’m elated that we’re able to restore our service close to pre-pandemic levels, so our riders can get to work, to friends and family and to fun—more affordably and without the headaches of traffic and parking,” Darren Kettle said. “As a Metrolink rider, I am happy that my two favorite Ventura County Line trains are coming back into service, so I can have more flexibility to get to and from work. And I know from my conversations with fellow Metrolink riders, they too are looking forward to the flexibility our new schedule will bring to their lives.”

On May 1, SEPTA is launching “SEPTA Key Advantage,” which will allow participating institutions to acquire Key cards directly from the transit agency and distribute them at no cost to employees. Phase I of the program is a six-month pilot with Drexel University, Penn Medicine, and Wawa stores in the city of Philadelphia. The three institutions have agreed to pay $140 each for six months’ worth of passes for about 15,600 eligible workers, The Philadelphia Inquirer has quoted SEPTA officials as saying.

“People who want to use the benefit can get a Key card loaded by their employer [and automatically reloaded each month] or have the cash balance loaded onto an already active card” for use on Regional Rail as well as the Market-Frankford Line, Broad Street Line, Norristown High Speed Line, and city and suburban buses and trolleys, according to the newspaper.

SEPTA said it partnered with 5th Square and Transit Forward Philadelphia to secure an APTA Local Coalition Grant to help fund the initial research and design of the program, which was advocated by the SEPTA Youth Advisory Council and the Clean Air Council.

According to the Inquirer, “SEPTA will get guaranteed fare revenue of about $2.1 million for six months, or about what it would realize from riders who work at the three employers and buy passes at full price, [Eric] Johanson[, Director of Operating Budgets for SEPTA said. The hope is that workers will continue to use the transit system long after the pilot ends, [SEPTA CEO and] General Manager Leslie S. Richards said. … These kinds of partnerships have been successful in other cities. Seattle’s transit system gets about 60% of its fare revenue from employers who subsidize their workers’ rides, Johanson said.”

The agency is proposing a tariff change to make the program permanent and to allow for a wider Phase 2 expansion. A public hearing on the tariff and vote by the SEPTA Board are expected this spring.

“This rollout is just the start of what we hope will be a revolutionary initiative,” said Leslie S. Richards, who noted that the program will “provide real benefits for people working in our city and region,” and “has the potential to provide a significant boost in ridership, which is critical to ensuring that SEPTA can sustain and grow service as we recover from the pandemic.”

“We are honored that SEPTA turned to us to participate alongside Drexel and Penn Medicine in SEPTA’s Key Advantage pilot program, as we are always looking for ways to take care of our associates and make a positive impact in our community,” Wawa Senior Director of Store Operations Dave Simonetti said. “We value the public transportation system and are proud to play a role in bolstering the recovery from the pandemic.”