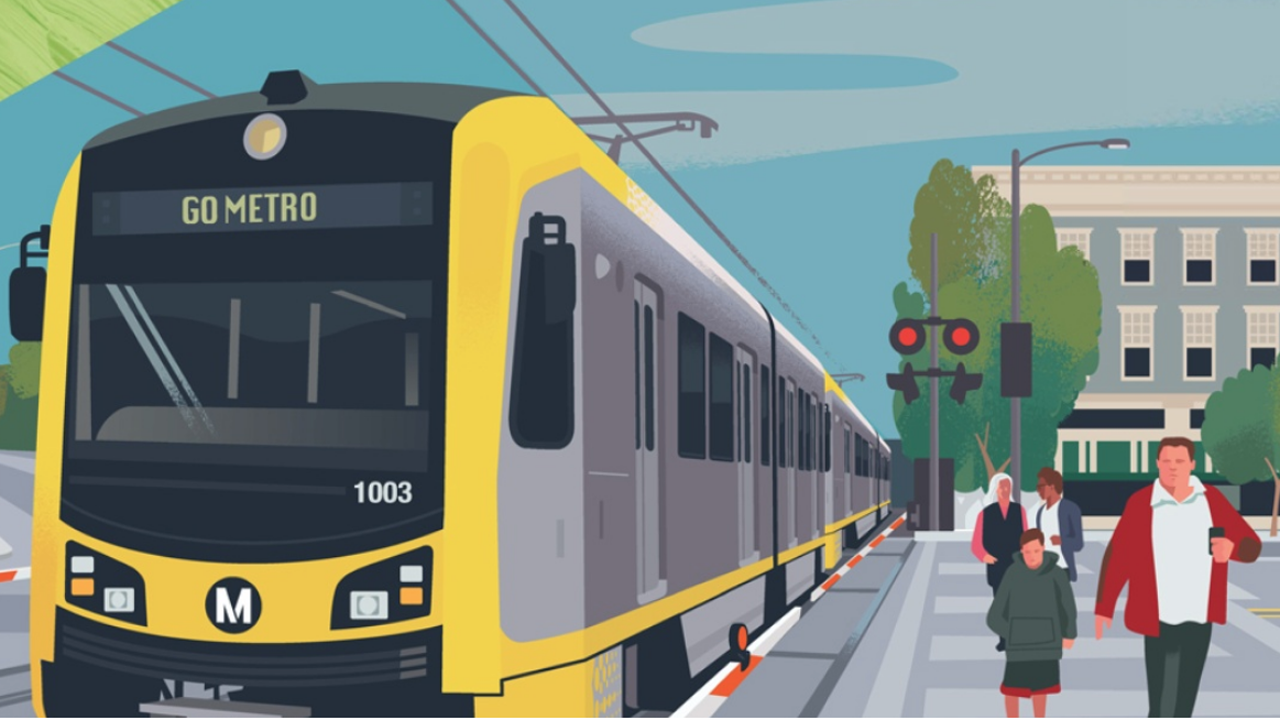 LACMTA on Feb. 28 reported that the FTA (Federal Transit Administration) has approved its request for the West Santa Ana Branch Transit Corridor project to enter the Project Development Phase of the Capital Investment Grants program.

“As the project enters the project development stage, [LACMTA] will retain eligibility as it completes the environmental review process, as well as engineering and design activities that the [FTA] finds necessary,” the transit agency reported. “Once the environmental review process is complete, the FTA will extend the pre-award authority to project sponsors in project development to incur costs for engineering and design work necessary to develop a cost estimate, financial plan, utility relocation, and property acquisition.”

According to LACMTA, a Final EIS/EIR is slated for completion by spring 2023 for the initial segment, allowing for groundbreaking in 2023 and delivery between 2033-35. At the same time, LACMTA staff “will identify a cost-effective route in lieu of the aerial and underground route previously evaluated for the 4.5-mile Slauson/A Line (Blue) to Union Station segment,” the agency reported.

“I am pleased and thankful to the Biden Administration for advancing Metro’s West Santa Ana Branch project in the Federal Transit Administration’s New Starts pipeline into the project development phase,” LACMTA Board Chair and L.A. County Supervisor Hilda L. Solis said. “This is a critical step toward addressing disparities in communities across downtown and southeast Los Angeles, whom I had the honor of representing on the Los Angeles County Board of Supervisors for seven years.

“Many of these communities suffer from severe pollution burden and lack sustainable mobility options. Once the West Santa Ana Branch comes to fruition, Southeast Los Angeles residents will finally have direct and quick access to downtown Los Angeles and the rest of the county, opening up access to more jobs, schools, and housing. As the Chair of Metro’s Board of Directors, I remain committed to advancing this regionally significant project and all other projects like this that support the Administration’s Justice40 initiative.”

For the fifth consecutive year, NJ Transit will not raise fares for riders. New Jersey Gov. Phil Murphy on Feb. 28 made the announcement for FY 2023, along with Lieutenant Governor Sheila Oliver; New Jersey Department of Transportation Commissioner and NJ Transit Board Chair Diane Gutierrez-Scaccetti; and NJ Transit President and CEO Kevin S. Corbett.

“Since 2018, Gov. Murphy has provided continued support for NJ Transit to deliver improvements in safety, service, reliability and the overall experience for our customers,” Corbett said. “While there is much work still to be done, we’re pleased that we’re able to continue to build on the progress of the last four years without a fare increase for our customers in FY 2023.”

In the past four years, NJ Transit has awarded more than $4 billion in capital projects, which are now under way or will soon enter the procurement phase. Among them: the new Portal North Bridge on the Northeast Corridor, crossing the Hackensack River in the New Jersey Meadowlands (in October 2021, the NJ Transit Board approved a $1.56 billion construction contract with Skanska/Traylor Bros Joint Venture); the Raritan River Bridge project (ground was broken in September 2020 under a $600 million construction contract); the Walter Rand Transportation Center Improvement Project and the Newark Penn Station renovation and modernization project (commitments were made to invest $250 million and $190 million, respectively).