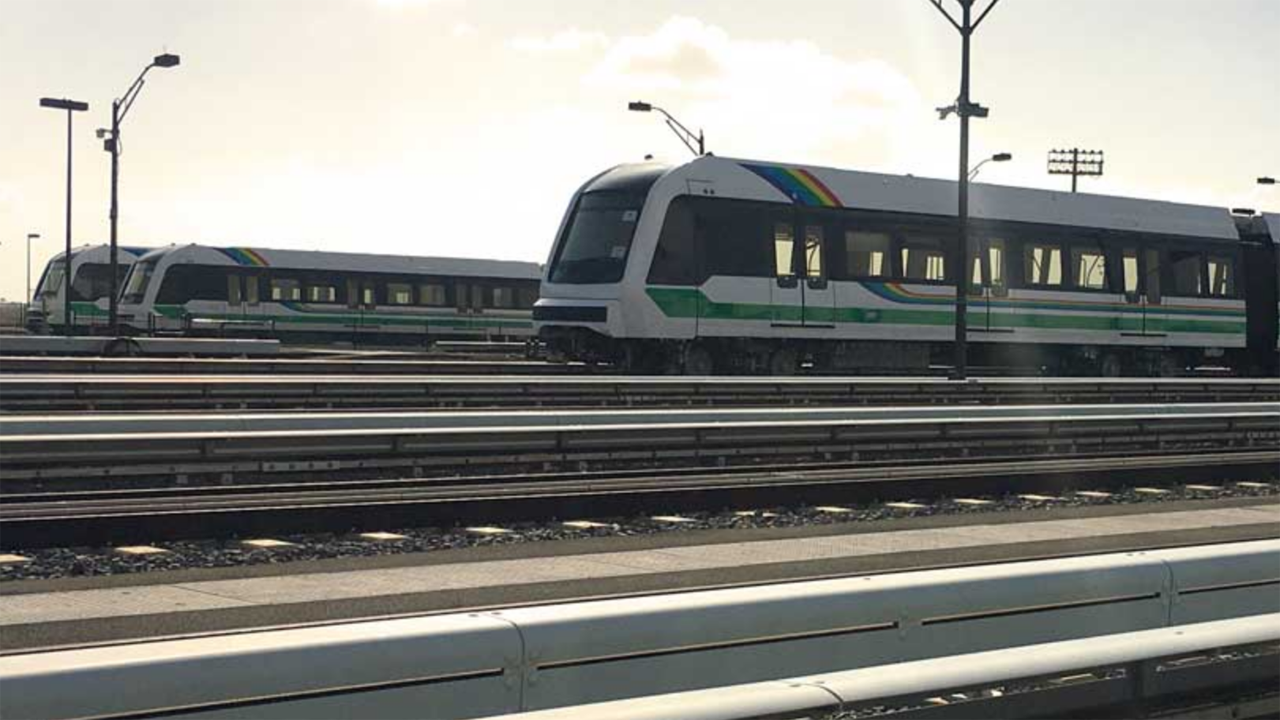 HART’s 2022 Recovery Plan was submitted to the FTA in June, and proposes a truncated project scope with an interim terminus at the Civic Center Station, and a temporary deferral of the Pearl Highlands Parking Garage. The FTA is currently conducting an environmental reevaluation of the truncated scope. (Photograph Courtesy of HART)

Hawaii’s HART on Sept. 30 reported that FTA signed off on its 2022 Recovery Plan documenting how the 20-mile, 21-station rail line in O‘ahu between Kapolei and Ala Moana Center will be completed within the amount of funding available (see map below). HART submitted the FTA-required plan in June. Due to a funding shortfall estimated in March 2021, the plan proposed truncating the project by 1.25 miles with an interim terminus at the Civic Center Station, located at the intersection of Halekauwila Street and South Street, and deferring the Pearl Highlands Parking Garage. The moves will keep the overall cost under $10 billion, according to HART, which said it remains committed to completing the full scope of the project to the Ala Moana Transit Center in a subsequent phase.

FTA is currently conducting an environmental reevaluation of the truncated scope, HART said.

“We are so thankful for the support and communication from the FTA to accept the recovery plan as is and amend the Full Funding Grant Agreement, which is unprecedented, so that we may see the project through to completion,” HART Executive Director and CEO Lori Kahikina said. “It is a strong show of confidence in the work of this administration and in the cooperation and partnership with our many stakeholders including Mayor Blangiardi, the HART Board, Department of Transportation Services and the Honolulu City Council.”

HART is slated to receive $125 million when the Full Funding Grant Agreement is amended and $250 million when it awards the City Center Guideway and Stations (CCGS) contract, projected for fiscal year 2024.

According to MARTA the development cost was $95 million. The bus loop and MARTA replacement parking were covered by a $4.7 million Federal Highway Administration Surface Transportation Block Grant, which includes a 25% local match from MARTA.

“This development fulfills MARTA’s larger TOD and affordable housing commitment established by the MARTA Board; generates ridership and a return on our ground leases; and promotes a sustainable, affordable and growing future for the people of this region,” MARTA interim General Manager and CEO Collie Greenwood said.

MARTA’s TOD Office has led additional developments at Lindbergh Center, Chamblee, Avondale, and King Memorial rail stations, with plans for TODs at Arts Center, Bankhead, and other MARTA properties. Additionally, the Office is partnering with Morgan Stanley and Goldman Sachs respectively to preserve and support the development of affordable housing near transit.

SJSU Interim President Steve Perez said the pilot program will not only help the university achieve its environmental goals, but also contribute to students’ success.

WMATA on Sept. 30 reported that it would extend the closure of six stations south of Reagan National Airport “due to unexpected site conditions and remediation efforts” for the new Potomac Yard Station in Alexandra, Va. The six stations had been scheduled to reopen in October.

“The complex process to ensure proper signal integration, build and connect new tracks to the future Potomac Yard Station, and complete all safety critical work necessary to operate service started three weeks ago,” WMATA explained. “As site work got under way, crews discovered issues with the underlying soil that affected the structural stability of the ground beneath the tracks. Construction was stopped and a remediation plan was developed and implemented. This work was beyond the initial scope of the tie-in work. Reinforcing the ground below the tracks required removing any work already completed, excavating additional soil beneath 1,400 feet of track, and installing new subgrade materials to provide the required stability.”

Track construction and integration has now resumed on the site.

The Potomac Yard Station (construction photographs, left) will be located at the southern end of National Landing on WMATA’s Yellow and Blue rapid transit lines between the existing Ronald Reagan Washington National Airport and Braddock Road stations. “This project was initiated by the city of Alexandria and will be funded by tax revenues and developer contributions generated by planned new development in the Potomac Yard neighborhood, as well as state grants and loans and regional sources,” according to WMATA. It will be the transit agency’s second infill station; the NoMa-Gallaudet U Station opened in 2004.

WMATA also reported that the Potomac Yard Station will not open this calendar year. The delay in completing station construction “is due to the contractor’s failure to meet the project delivery schedule,” according to the transit agency, which noted it “will continue to work with the contractor to produce an achievable schedule and will provide an update by the end of this year.”

“We are frustrated with these developments on the Potomac Yard Station project,” WMATA Executive Vice President of Capital Delivery Andy Off said. “The team has been working around the clock to push the project delivery team to perform in accordance with the schedule. Recently, it has become clear that the published schedule will not be met, unfortunately delaying the opening of this important station.”