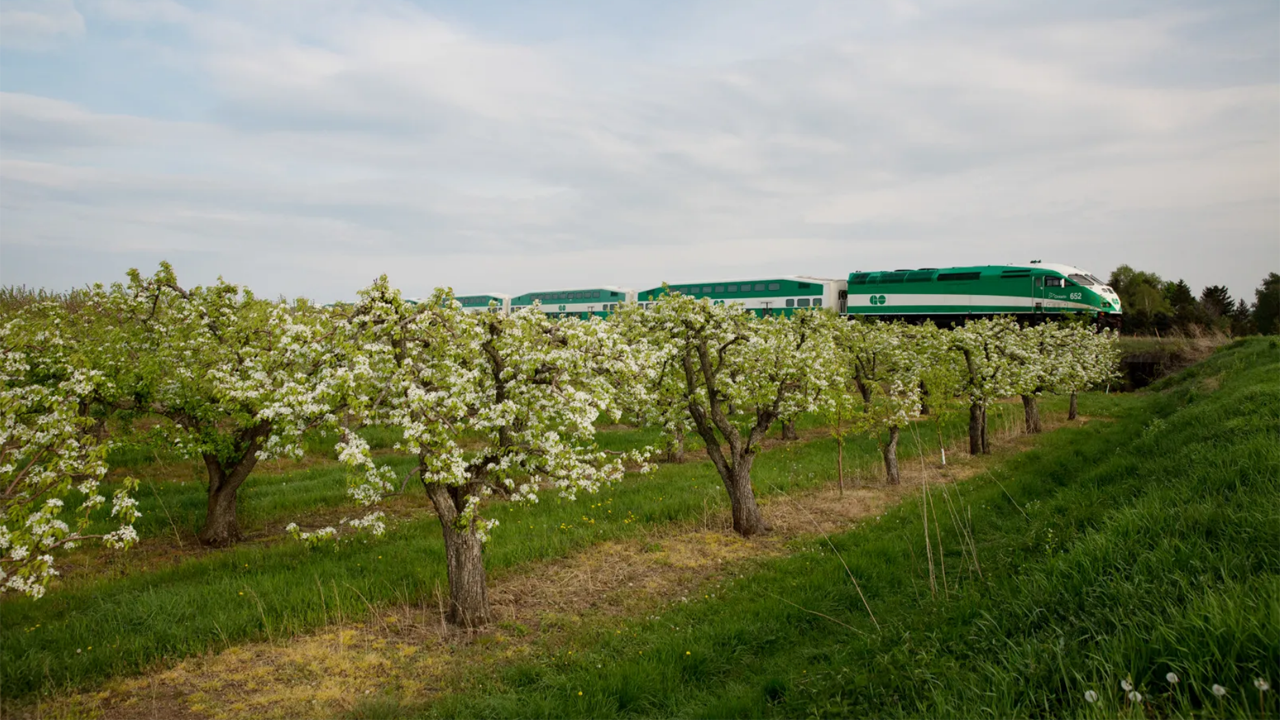 Go Transit union employees have voted to strike if an agreement on a new contract cannot be reached with parent agency Metrolinx.

Amalgamated Transit Union Local 1587, the union representing some 2,200 Go Transit station attendants, maintenance workers and bus drivers, has voted to strike if an agreement on a new contract cannot be reached with parent agency Metrolinx.

According to a CBC report, 93% of the union’s members, who have been without a contract since June 1, voted in favor of the strike, adding that Metrolinx has “refused to negotiate on issues, including wages, job security and work-life balance.” GO Transit President Rob Cormier says the turnout for the strike vote is the “largest in the local’s history.”

Anne Marie Aikins, Metrolinx’s Chief Spokesperson, said negotiations with the union continue and they “continue to be hopeful for a full resolution,” according to the CBC report.

Aikins added that a strike is “not imminent” and that Metrolinx will keep customers updated “when and if there is an update to share.”

According to the CBC report, the transit agency is also warning customers that it will need to cancel some GO and UP Express trains this week due to “staffing shortages” caused by illness.

GO and UP Express train staff work for Alstom, a private company contracted by Metrolinx. GO bus employees are employed directly by Metrolinx.

According to a Toronto Star report, Aikins said the staff illnesses are affecting trains, not buses. But the strike vote could “spell even more pain for commuters in the coming weeks.”

Amtrak’s newest marketing and advertising program is focusing on sports by leveraging partnerships with teams in the MLB, NHL, WNBA and college athletes playing in the NEC between Boston and Washington, D.C. The program, Amtrak says, “reaches fans and travelers via creative assets at stadiums and arenas, on teams’ digital channels and social platforms, as well as via custom program integrations to share the message that their next trip is just an Amtrak away,” leading to 85% of pre-pandemic ridership on the NEC and Acela​, and more than 100% of pre-pandemic ridership at New York Penn Station on some days​.

“By partnering with these iconic sports teams, we are engaging with fans and promoting Amtrak as a more sustainable and relaxing option for Northeast Corridor travel,” said Amtrak AVP of National Advertising and Brand Management Darlene Abubakar. “Whether it’s to travel to the next rivalry game or for an extended vacation, Amtrak is delighted to be a part of the excitement as fans return to the ballpark and arenas.”

Amtrak says it has “ramped up” its sports marketing efforts to heighten the awareness of its brand and the benefits of train travel. Amtrak is also utilizing these campaigns to promote its company-wide Diversity, Inclusion & Belonging (DI&B) initiatives, including participation in the Philadelphia Phillies’ Jackie Robinson Day and the New York Mets’ Pride Night, among others. It has retained Source Communications, a full-service sports marketing and advertising agency, as its agency of record for its campaigns with these teams and leagues.

Among other recent special marketing initiatives are a partnership with the National Geographic Society to promote the new Beyond King Tut: The Immersive Experience exhibition. The promotion features an ACS-64 locomotive wrapped in custom graphics.

UTA rider Alex Churchwood nominated Gretchen Devine for the transit agency’s August Rider of the Month. “Gretchen sold her car some number of years ago and is the office evangelist for public transportation,” said Churchwood. “She takes it everywhere–to work, social events, etc. She loves helping people figure out what routes they can ride to reduce their car trips. Gretchen has said riding UTA helps her have time to read and relax without the stress of driving,” he added.

Devine was born in the United Kingdom. At the age of eight, her family moved to Utah. “I remember loving to read, acting in community theater and singing in choirs as a child,” said Devine. She continued her love for theater and choir, as well as played tennis and lacrosse at Waterford High School. Devine started college at BYU before serving an LDS Mission in South America. Upon return, she completed her BYU degree in Spanish Studies. Devine worked for AmeriCorps to help improve her community, before moving to Salt Lake City to work as a writer at O.C. Tanner. “I have had the pleasure of using my skills in grant-writing to help various non-profit groups in the community. When I am not writing, I love to sing, act in local theaters and hike,” added Devine.

According to Rail Construction Program Director Michael Morgan, the western extension of Ottawa LRT’s Confederation Line, which was contracted to be completed by 2025, may not be completed now until 2026. Morgan outlined the delay in a quarterly update memo to the city council on Aug. 5, CBC reported.

“The city is working closely with East West Connectors (EWC) to maintain the Confederation Line extension schedule,” Morgan said, according to the CBC report. “The project is on the original timeline in the east for handover in May 2024 but there are significant schedule pressures on the western segment of up to a year.”

Expansion work on the north-south Trillium Line, according to the CBC report, is also continuing, with a handover to the city still expected in the summer of 2023.

That project has also seen delays, with the handover originally scheduled to take place this month, according to the CBC report.

In June 2022, Railway Age reported that the Ottawa LRT Public Inquiry was looking into the commercial and technical circumstances that led to breakdowns and two derailments in summer/fall 2021 on Stage 1, the Confederation Line, of the Ottawa LRT project.

The Ontario government committed up to C$600 million toward the Stage 1 project, which officially launched in 2019. It spans 7.8 miles and includes 13 stations. The province is also providing the city of Ottawa with up to C$1.2 billion to build Stage 2, which comprises three extensions adding 27.3 miles of new track and 24 new stations.

Metro announced on Aug. 9 that its E Line (Expo) has newly installed digital screens on its station platforms, which, in addition to customer information and third-party advertising, also features Metro Art programming.

The digital screens, Metro says, are the latest location where riders can view portraits from Metro Art’s multi-site “We Are…” rider portrait exhibition. Community art advisors worked with Metro Art to ensure that the commissioned portraits displayed on the new screens each have a link to the neighborhoods served by E Line (Expo).

The nine portraits featured on the E Line (Expo) digital screens include:

The 12 A Line (Blue) and nine E Line (Expo) rider portraits are part of the collection of portraits in the exhibition “We Are…Portraits of Metro Riders by Local Artists.”

You can find them among the 41 portraits inside the Metro Art Bus, in the Union Station Passageway Art Gallery and in the online gallery on the Metro Art website. The A Line (Blue) portraits are also highlighted in the latest Art on TAP cards.