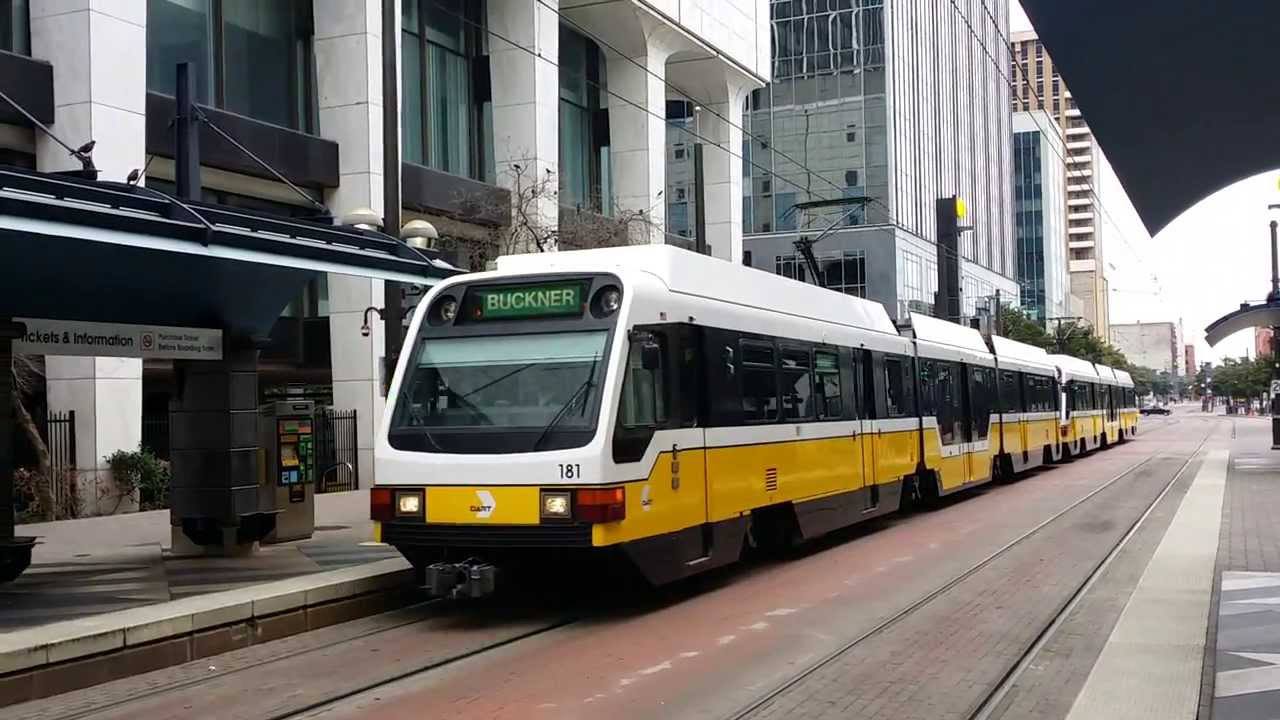 “As our communities and system recover from the COVID-19 pandemic, planning becomes even more important,” DART said on Oct. 19. “The 2045 Transit System Plan is intended to be a more policy-oriented plan so DART can shape and influence the future.”

DART will hold two virtual public meetings for its draft 2045 Transit System Plan at the end of the month. The plan “will shape DART’s new mobility future through strategic improvements and investments to create a more accessible, sustainable and reliable system,” according to the agency, which noted that the North Texas region is expected to add nearly 4 million new residents and some 2.2 million jobs by 2045. It will also update and take a different approach from DART’s previous long-range plan. Why? “First, the transit industry and mobility as a whole is changing,” according to the DART report. “DART has embraced Mobility as a Service (MaaS) through the GoPass® app and is focused on continuing to innovate and enhance services to improve the rider experience. Second, most of the original DART system envisioned in 1983 is built or planned to be in operation soon. This means that our future should be focused on maintaining and enhancing our investments while strategically targeting new ones, and leveraging transit-oriented land uses and supportive city infrastructure improvements to promote a more sustainable, equitable and accessible region.

“As our communities and system recover from the COVID-19 pandemic, planning becomes even more important. The 2045 Transit System Plan is intended to be a more policy-oriented plan so DART can shape and influence the future.”

The plan not only highlights how the DART system has evolved, but also addresses future opportunities, and presents goals and actions for future implementation. In addition, it addresses DART’s 20-year financial plan, which represents a long-term projection of DART revenues, operating expenses, capital expenditures and other financial information.

The Denver RTD Civil Rights Division is conducting a Language Access Survey this month to better understand the experiences and needs of riders whose first language is not English.

“U.S. Census data show there are 21 safe harbor languages within RTD’s service district—non-English languages that are spoken by limited English proficiency (LEP) persons who make up at least 5% of the population, or 1,000 individuals, whichever is less,” the agency reported. “The top five safe harbor languages spoken in the Denver metro area are Spanish, Vietnamese, Chinese, Korean and Russian.”

The survey is available to riders in 11 languages: English, Spanish, Vietnamese, Amharic, Russian, Arabic, Farsi, Korean, Nepalese, Chinese and French. Their responses will be evaluated to determine and address language barriers that might exist, so the agency can improve access to its programs, services and activities.

“RTD has been working collaboratively with community groups that provide a direct connection to the populations we would like to reach,” RTD General Manager and CEO Debra A. Johnson said. “This survey is an essential part of our work, and the responses we receive will directly inform the plan we develop, as ample feedback will help us understand our diverse customers’ needs.”

The one-year pilot program is expected to launch next month. Use of the storage unit, called Oonee’s Mini, will require a reservation through free membership with Oonee. Reservations, which will allow users to unlock a space in the Mini using a keycard or smartphone, will be offered on a first-come, first-served basis.

Oonee will handle storage pod installation and maintenance and respond to customer service needs. The unit will include a free air pump with both Presta and Schrader valves, hydraulic sliding doors for easy access, automated closing doors, and insurance coverage for both bike and scooter owners.

“Metro-North understands the importance of sustainable transportation and sees cycling as a natural partner to mass transit in that respect,” said Metro-North President Catherine Rinaldi, who noted that the pilot has the “potential to expand to more Metro-North stations as well as subway and LIRR [Long Island Rail Road] stations throughout the New York City region.”

“Secure bike parking facilities have the potential to dramatically increase the range of New York’s subway and rail stations by making it easier for customers to bike to and from transit,” Oonee Founder Shabazz Stuart said.

VIA Rail Canada is embarking on the final phase of its gradual service resumption plan with new frequencies being added in December and full operations across the country resuming by the end of June 2022. As has been done for all services throughout the pandemic, VIA Rail said, the return to full operation will occur progressively, beginning in December with the return of the Ocean’s second frequency. The railroad provided the following chart, and noted that details are still being finalized:

“Our objective has always been the safe resumption of all our services across the country when conditions allowed it, and we are encouraged to be able to proceed to this final phase of our gradual service resumption plan,” VIA Rail President and CEO Cynthia Garneau said. “We look forward to welcoming our passengers back on board our trains, and I would like to thank all our employees as we continue to weather this storm: their resilience and dedication are what keep us on track.”