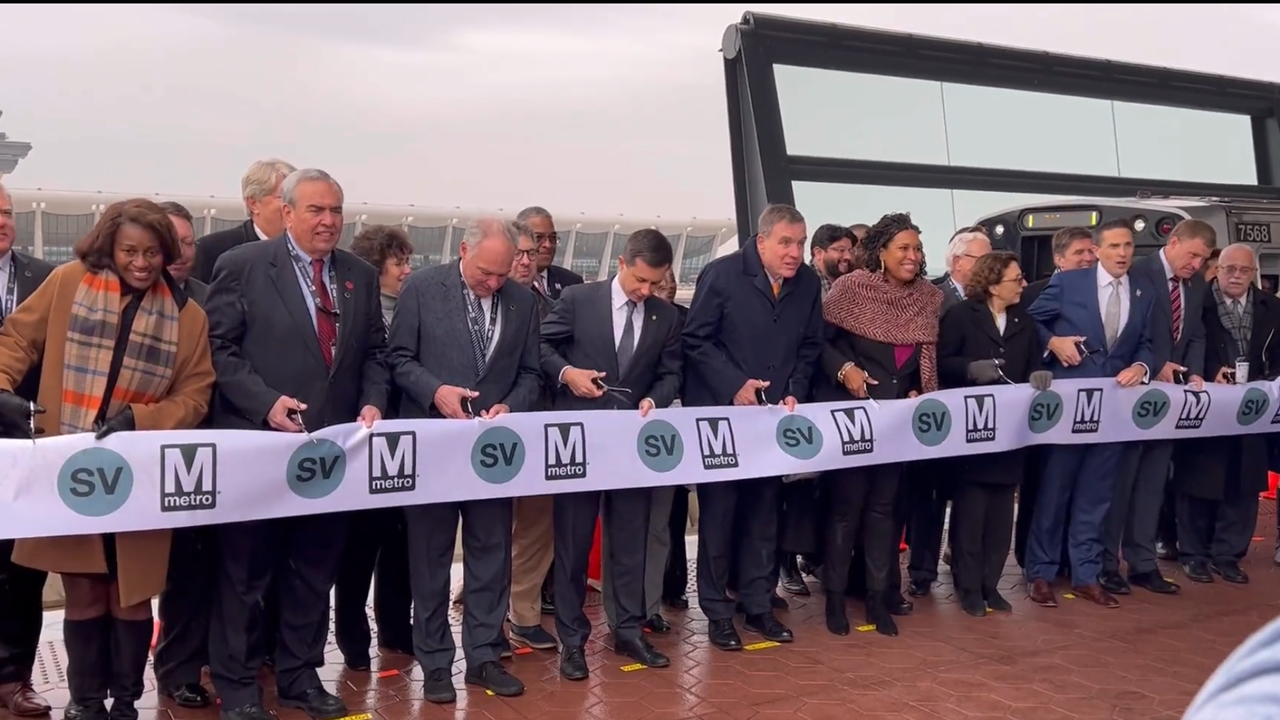 The WMATA Silver Line Extension opened Nov. 15. Among the officials in attendance at the ribbon-cutting were Secretary of Transportation Pete Buttigieg (center) and Federal Transit Administrator Nuria Fernandez (far left). (Photograph Courtesy of WMATA, via Twitter)

CTA has entered an intergovernmental agreement with the Chicago Department of Family and Support Services (DFSS) for additional outreach and support for riders who are unsheltered and/or in need of assistance with either mental health or substance abuse issues, the agency reported on Nov. 15.

CTA will provide DFSS up to $2 million through Dec. 31, 2023. The funding will allow DFSS to expand its network of community-based social service organizations that provide outreach, direct assistance, and resources, such as housing, medical care, and social services, to riders in need.

“While CTA traditionally has not played a role in the provision of social services, I believe it is time to address these challenges with new thinking and new tools,” CTA President Dorval R. Carter Jr. said. “By expanding our partnership with DFSS to provide additional services through community-based organizations and social service organizations, we can confront these challenges in an innovative way—and do so with respect, compassion and care.”

The province of British Columbia is inviting companies to submit their qualifications for the third and final contract of the Surrey Langley SkyTrain project, a nearly 10-mile (16-kilometer) extension of the Expo Line from King George Station to Langley City Center (see map below). Current estimates put the project at C$3.95 billion.

A request for qualifications (RFQ) has been issued for the systems and trackwork contract, which includes the design and installation of the SkyTrain trackwork, as well as the design, installation and integration of electrical systems, such as power, telecommunications and automatic train control.

The RFQ will close Jan. 23, 2023. Following evaluation, as many as three teams will be selected to participate in the next stage of the competitive selection process, which is the request for proposals (RFP), according to the province.

The first project RFQ was issued in August to build the elevated guideway, roadworks and utilities, as well as active transportation elements, such as cycling and walking paths along the extension. The second RFQ was released in October to identify a contractor for the construction of eight new SkyTrain stations, including active transportation elements around those stations.

Major construction is expected to begin in 2024, and the extension is slated to be operational in late 2028.

WMATA General Manager and CEO Randy Clarke was joined by U.S. Department of Transportation Secretary Pete Buttigieg and other federal, state and local officials for the grand opening ceremony at Washington Dulles International Airport Station. The event was followed by an inaugural train ride with nearly 100 riders, who shared their happiest WMATA memories to receive a “Silver Ticket” for the special preview train ride, the transit agency reported.

With the extension’s opening, WMATA now serves 97 stations on a 128-mile system in Virginia, Maryland and the District of Columbia.

“Our customers have been waiting for this day to come,” Clarke said. “We’ve heard the excitement from people who took the first train in 1976, and people who became transit enthusiasts from their first ride as a child. For them, and for the region, the completion of the Silver Line means a better, greener more affordable way to get to work, school, shopping, entertainment and events, as well as easy access to Washington Dulles International Airport, a gateway to the world. As one of the largest construction projects in the United States, the Silver Line provides high-quality, high-capacity transit service between the Dulles corridor, downtown D.C. and Prince George’s County, Maryland.”

“Building rail to Dulles was part of the original vision for the airport more than 60 years ago,” said Jack Potter, Metropolitan Washington Airports Authority President and CEO. “Bringing that vision to reality required talented teams of people working tirelessly toward a common goal. We are thankful for the strong partnerships with WMATA, Fairfax and Loudoun Counties, the federal government and everyone who contributed through the years to the success of this project. Together, we have much to celebrate with trains in service to Dulles International Airport and beyond.”

“Our members couldn’t be happier about the new Silver Line stations,” said Raymond Jackson, President and Business Agent for ATU Local 689. “We know just how important public transit is to the entire region’s success. We’re proud to welcome Loudoun County into our system.” 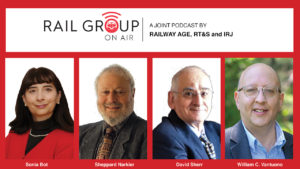