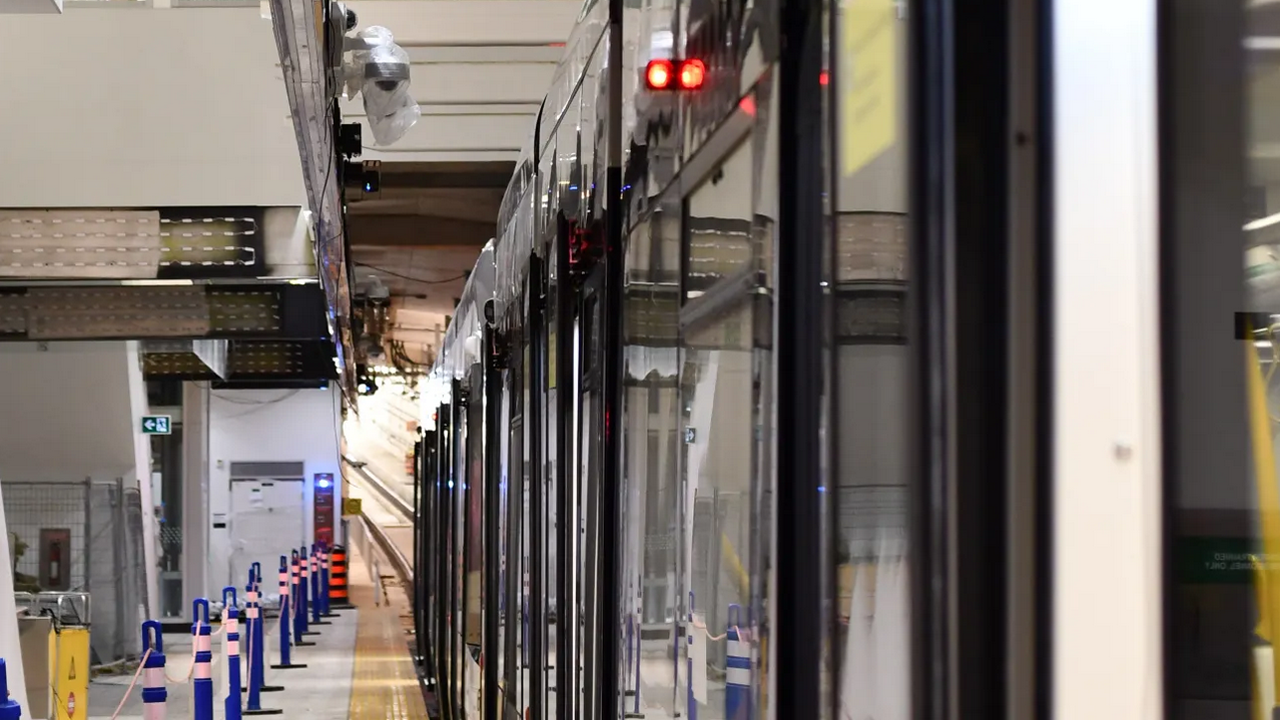 Caltrain’s $179.2 million operating budget for FY23—beginning July 1, 2022 and ending June 30, 2023—includes $46.5 million in farebox revenues. For the second year in a row, Caltrain assumes it will receive no contributions from its three partners—San Mateo County Transit District (SamTrans), Santa Clara Valley Transportation Authority, and the city and county of San Francisco—for the operating budget, which it said relies on Measure RR, gradual ridership recovery, and utilization of State Transit Assistance (STA) carry-forward funds.

“Completion of the feasibility study’s first phase is a significant step in the advancement of MDOT MTA’s mission to provide safe, efficient and equitable transit to the residents of the region,” MDOT MTA Administrator Holly Arnold said. “I want to thank all of our partners and encourage our riders to share their thoughts on this exciting study.”

Crews on the 12-mile Eglinton Avenue Crosstown LRT project between east and west Toronto (see map below) are installing and testing Guideway Intrusion Detection Systems (GIDS) and platform warning scanners, according to project-owner Metrolinx. Each of the Crosstown’s 15 underground stations will be equipped with a GIDS that uses laser scanners to sense when people and objects enter the tracks. “If a person is detected on the tracks, an automatic signal is sent to train control system and the train stops without the driver’s assistance,” Metrolinx reports. “At the same time, the PA system triggers an announcement warning the person to clear the tracks, and the associated live CCTV footage will open on the central control room screens.” Ten GIDS scanners will be placed at every station, five on each platform-side tunnel. All five portal entrances will also have GIDS scanners to keep people out of tunnels.

Additionally, platform warning scanners will be installed above the yellow tactile strips on the platform edge to ensure that passengers maintain a safe distance from the tracks and moving trains. In the event that a person steps onto the tactile strips, the scanner would trigger an automatic audio message to play over the station PA system, according to the agency. Each station will have six platform warning scanners—three on each side.

Project construction began in summer 2011 and is expected to wrap up later this year.

Contractor Crosslinx Transit Solutions—comprising ACS, Aecon, Ellis Don and SNC Lavalin—was selected to build and maintain the Eglinton Crosstown LRT. It is designing, constructing, and financing the 25 stations and stops, the tracks and signals, and the maintenance and storage facility; it will also maintain the LRT system for 30 years. Toronto Transit Commission (TTC) will be responsible the day-to-day operations.

The Valley Link Rail Project Phase I has been accepted into Project Development of the FTA’s CIG program, according to Tri-Valley-San Joaquin Valley Regional Rail Authority (Authority).

The 26-mile Phase 1 passenger rail project between the Dublin/Pleasanton Bay Area Rapid Transit (BART) station in Alameda County and the Mountain House station in San Joaquin County (see map above) will connect northern San Joaquin Valley with the Tri-Valley, which is at the center of the Northern California Mega-region. Construction is targeted to begin in 2025.

When complete, the full 42-mile, seven-station project will run from the Dublin/Pleasanton BART station to the North Lathrop Altamont Corridor Express (ACE) station. With 33,000 daily riders projected by 2040, Valley Link would remove tens of thousands of cars off Interstates 580 and 205 and connect nearly 500 miles of passenger rail with more than 130 stations in the Northern California Mega-region. It is expected to operate with hydrogen-powered trainsets.

According to the Authority, FTA’s approval of Phase 1 follows the March 23, 2022 unanimous adoption of Valley Link as part of the regional project priorities for the CIG Program by the Metropolitan Transportation Commission (MTC), the transportation planning, financing and coordinating agency for the nine-county San Francisco Bay Area.

In 2018, the MTC Board allocated $10.1 million to the Authority to complete environmental work and initial design of the Valley Link rail project.

“This is a tremendous step toward realizing a vision shared across the mega-region—a vision of a robust and sustainable passenger rail system that will equitably serve our residents and workforce with a better quality of life and access to jobs, educational opportunities and health care facilities,” said Melissa Hernandez, Vice Chair of the Authority Board of Directors. “Valley Link will have immeasurable benefit to the mega-region and will increase the mega-regional housing supply through the advancement of transit-oriented development at stations along the corridor.”

“We appreciate FTA’s approval and to now be working with them to achieve near-term mobility, accessibility, environmental and health benefits for the more than 100,000 Bay Area workers now commuting daily from their homes in the northern San Joaquin Valley—a region recognized as one of the California’s largest areas of California Climate Investments Priority Populations for both state-designated disadvantage communities and low-income  communities,” Authority Executive Director Kevin Sheridan said.