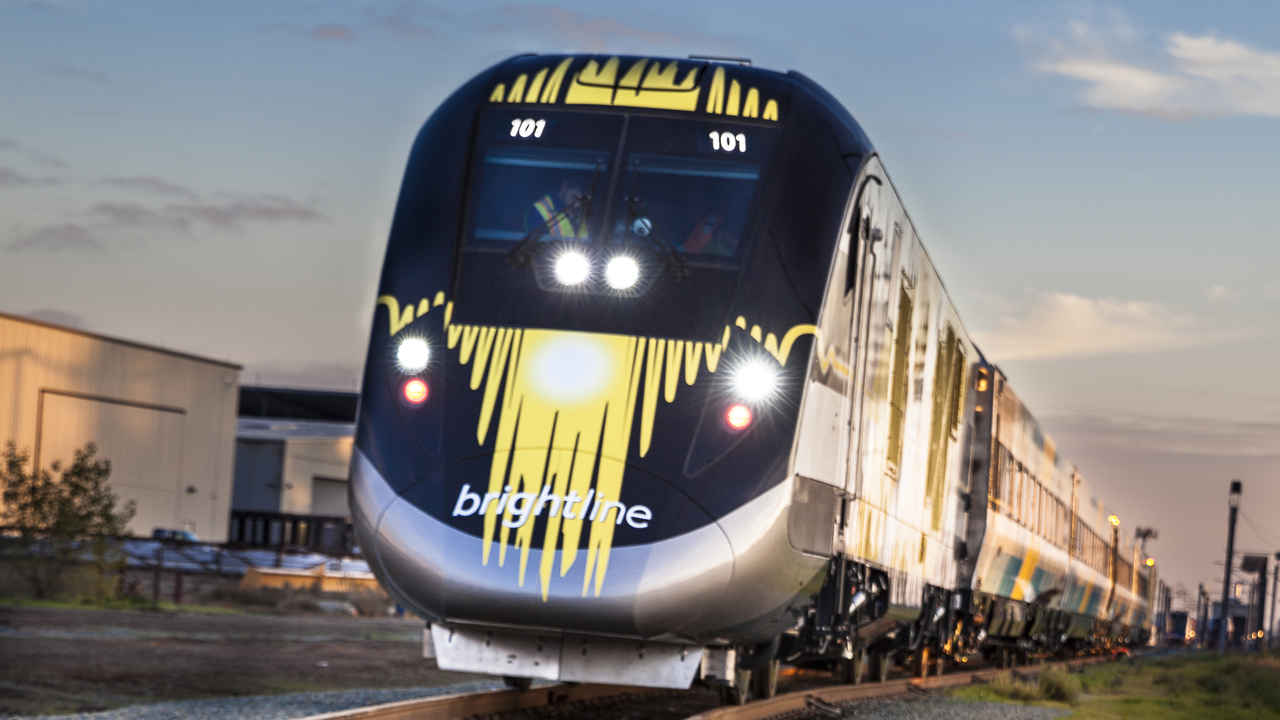 Brightline is slated to restore passenger rail service between Miami, Fort Lauderdale and West Palm Beach, Fla., during the first half of November.

Brightline, which is restoring service between Miami, Fort Lauderdale and West Palm Beach during the first half of November, will also debut Brightline+. Customers will have the option to book together train tickets and a shared or private ride to “seamlessly travel to and from our stations,” the passenger railroad reported.

The Metro Board on Sept. 23 approved going forward with the first phase of the fareless rail and bus plan for K-12 and community college students in schools or districts that partner with the transit agency (download plan below).

In August, Metro tested fareless transit with six schools and districts, distributing more than 5,600 test TAP cards to students. “We’re currently working with 30-plus other schools and districts to finalize contracts to offer fareless transit to their students,” Metro reported. “Under the program, Metro and the region’s other transit agencies cover the majority of the cost of the two-year pilot program. K-12 districts pay $3 per student annually, and community colleges pay $7 per student annually. We continue to work to secure funding for Phase 2 of our fareless pilot to cover low-income riders.” About 70% of Metro riders are considered low-income, according to the transit agency.

The cost of the fareless program is estimated to be $250 million for Metro over the next two fiscal years. Metro said it plans to pay for the program through a combination of state and federal grants, external partnerships, cost-sharing with local school districts, and finding cost savings at the agency.

NYCT’s 32 newest conductors completed seven weeks of training on Sept. 23. Set to be placed alongside train operators, they will help the agency “tackle recent crew shortage challenges” and bolster the frequency of train service throughout the system, according to New York MTA.

The new employees are “among hundreds” expected to be onboarded in the months ahead, MTA said. “A hiring freeze—necessitated by a fiscal crisis that developed during the pandemic—depleted the ranks of subway conductors and operators with many veteran workers retiring or leaving their frontline posts.”

“Each day our goal is to deliver 100% of our thousands of scheduled subway trips,” New York City Transit Interim President Craig Cipriano said. “We are focused on increasing class sizes and shortening the training curriculum for train operators without sacrificing safety so we can move more crews into the system more quickly to help us ensure that trains arrive more frequently.”

“Riders coming back to the system deserve reliable service, and these conductors will help address the challenges we’ve experienced when it comes to staffing train crews,” NYCT Senior Vice President of Subways Demetrius Crichlow said. “Train conductors kept the city moving for the last 18 months, and it is with that same unwavering commitment and dedication we embrace our role in bringing New York back. I am so excited to welcome this new group to our team.”