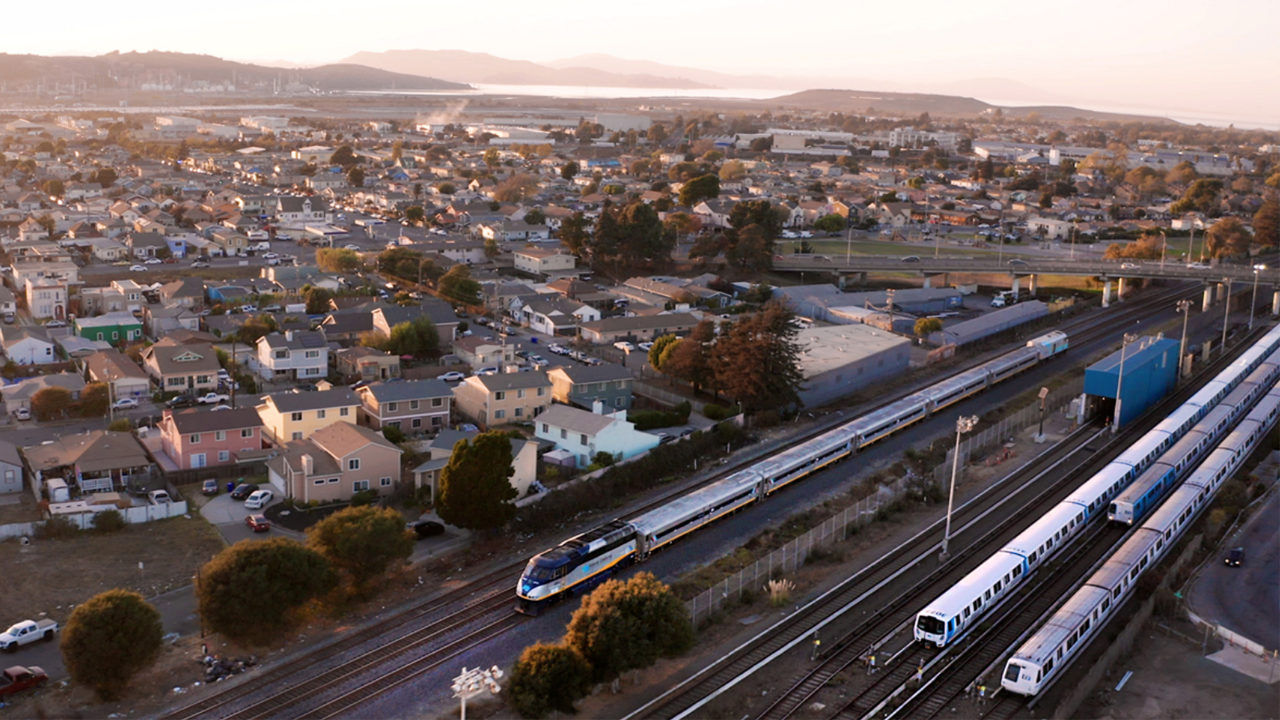 BART and Capitol Corridor Joint Powers Authority are embarking on the Link21 program that will connect BART with the region’s intercity, commuter and high speed passenger rail systems while also “connecting people sustainably to employment opportunities and affordable housing throughout the 21-county Northern California Megaregion.” (Link21Program)

The San Francisco Bay Area Rapid Transit District (BART) has awarded ICF a contract for up to $30 million to provide environmental services for Link21. In addition, Toronto Transit Commission (TTC) and Vancouver’s TransLink are installing antimicrobial copper coatings on high-touch vehicle services as part of a pilot; and the Southern Rail Commission (SRC) will award federal grants to four cities for passenger rail station upgrades in anticipation of Amtrak’s Gulf Coast service restoration.

Global consulting and digital services provider ICF has brought together a team of 25 partners, including 13 disadvantaged business enterprises, to support Phase 1 of the Link21 project, which will run from 2022-24 and encompasses program development, environmental strategy, resource inventory, constraints and opportunities assessment, and alternatives evaluation.

Link21 is a multi-project initiative led by BART and the Capitol Corridor Joint Powers Authority (CCJPA). It was unveiled in January with the aim of connecting BART with the region’s intercity, commuter and high speed passenger rail systems while also “connecting people sustainably to employment opportunities and affordable housing throughout the 21-county Northern California Megaregion” (see map above).

ICF’s contract also includes an up to $140 million, multi-year option to extend the work through Phase 2. That work includes the environmental review and permitting phase of project implementation, according to the company.

“The Link21 project is a massive undertaking, and, once developed, will be the largest sustainable passenger rail expansion in BART’s history,” said Anne Choate, ICF Senior Vice President and Energy, Environment and Infrastructure Lead. “The improved transit system will have tremendous benefit to the San Francisco Bay region, providing additional ridership options and advancing equity for the megaregion’s citizens.”

In related news, BART recently selected the joint venture of Arup and WSP to provide planning and engineering services for Link21.

Antimicrobial copper coatings are being added to high-touch transit vehicle services on TTC vehicles and more TransLink vehicles following a successful five-week pilot that supported copper’s ability to kill up to 99.9% of bacteria, according to the transit agencies. The next phase of testing will look to confirm the results by evaluating copper surfaces on more transit vehicles over a longer duration of time across Toronto and Vancouver.

“For this phase, the medical microbiology teams at Vancouver Coastal Health (VCH) and Mount Sinai Hospital/University Health Network will be undertaking regular bacteria testing, and VCH will be conducting laboratory testing on copper’s ability to kill viruses in addition to bacteria,” according to TTC and TransLink.

The yearlong trial is fully funded by Teck Resources Limited, as part of its Copper & Health program. Copper products—including functional copper surface layers, copper alloys and copper decals—will be added to high-touch surfaces on several TTC buses, subway cars and streetcars, as well as several TransLink buses and SkyTrain vehicles. Researchers from the University of British Columbia will also test and analyze the durability of the three products as they age.

The transit agencies note that copper is “the only solid metal touch surface registered as a public health product by Health Canada and the U.S. Environmental Protection Agency, proven to naturally eliminate up to 99.9% of bacteria.”

“Safety has always been the top priority for the TTC—and it’s important that both our employees and customers feel safe every time they’re on one of our vehicles,” TTC CEO Richard J. Leary said. “Participating in a pilot like this with our hospital partners is a real opportunity to look at new ways to curb the spread of infection. The COVID-19 pandemic has reminded us of the importance of innovating and planning for the future.

SRC reported on Sept. 27 that it would award grant funding from the Federal Railroad Administration to the cities of Gulfport, Miss. ($246,500); Bay St. Louis, Miss. ($270,000); Pascagoula, Miss. ($186,838); and Birmingham, Ala. ($250,000) to complete construction and improve accessibility at each of their existing passenger rail stations, which are part of Amtrak’s planned Gulf Coast route.

Each grant will require a local match, according to SRC. The grant funding allows for investments in existing station facilities that “ensure safe access and better connectivity to and from the station, including amenities such as lighting, sidewalks, parking areas and surrounding area development, which could improve ridership potential and expand the economic opportunity that comes with station redevelopment,” the Commission said.

The start of Gulf Coast service is pending a Surface Transportation Board decision on Amtrak’s right of access to operate passenger service along the corridor.

“As we anticipate the return of Gulf Coast service in early 2022, I am so proud to provide this funding to these cities which leverages their local investment in preparing their stations to be ready for the return of passenger rail,” SRC Chairman and Mississippi Commissioner Knox Ross said. “Local leaders have been committed to these projects and have expressed incredible enthusiasm about the economic growth that passenger rail will bring to our member states and the Gulf Coast.”