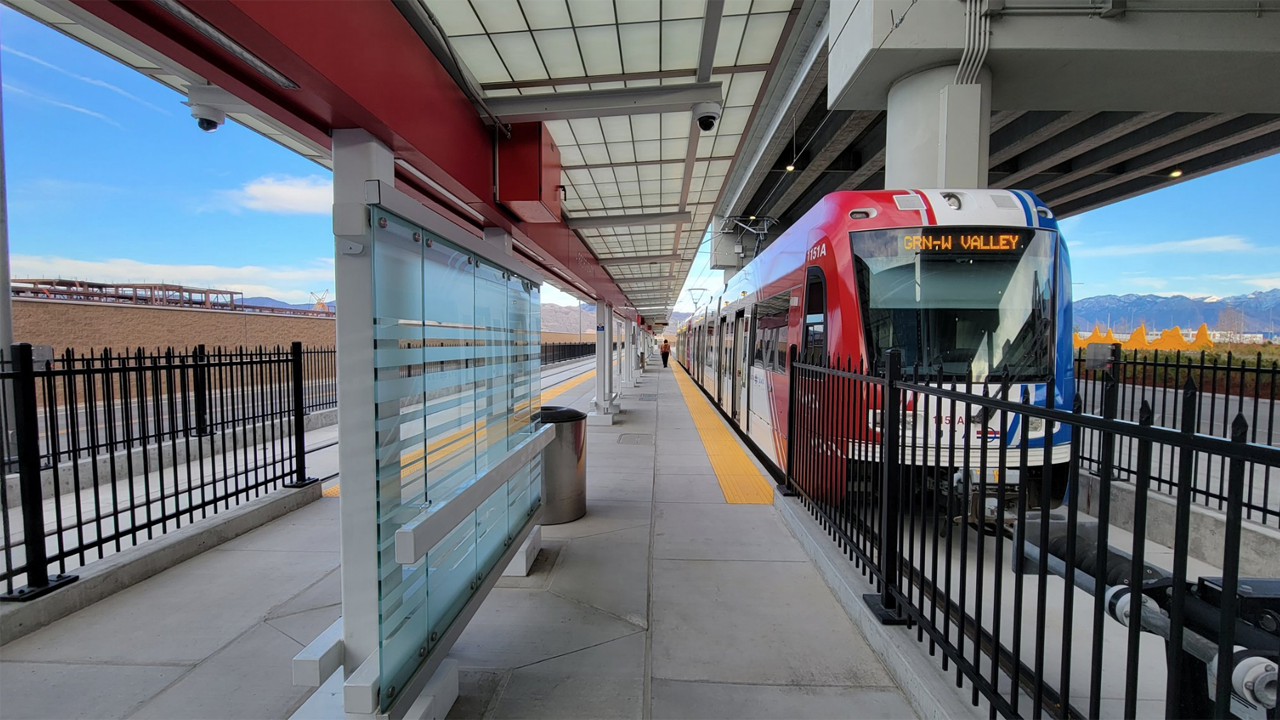 The $65 million Coatesville, Pa., passenger rail station project kicked off on Oct. 22 with a groundbreaking ceremony, which was attended by Pennsylvania Gov. Tom Wolf as well as project leader Pennsylvania Department of Transportation (PennDOT), and Coatesville and other local officials. The new station will be built just east of the existing historic station building, which has been closed for more than 25 years and is located on a curve of track that prevents construction of ADA-accessible platforms.

The station project will include 530-foot-long high-level (accessible) platforms with canopies and seating, elevators, ramps, site lighting and security, improved drainage, and surface parking for local and regional commuters. Trackwork improvements will include a bypass track to be constructed by Amtrak to facilitate freight train traffic passing the new high-level platforms.

“Today’s [Oct. 22] groundbreaking is a significant milestone for the revitalization project that PennDOT is leading here in the City of Coatesville,” said Gov. Wolf. “The project will improve equity, accessibility and reliability in transportation and that’s exactly what Coatesville needs to continue growing and thriving.”

“The new train station is key to reinvigorating and revitalizing the city,” Coatesville Redevelopment Authority Chairperson Joseph DiSciullo said. “It will draw from the surrounding geographical areas and provide our youth and adult workforce access to jobs in the outlining region and later return home on a reliable transportation system supported by Amtrak and SEPTA.”

MTA Metro-North Railroad on Oct. 22 reported the debut of its TrainTime app for Apple Watch. This new companion app will automatically populate an Apple Watch if the watch is paired with an iPhone that already has TrainTime downloaded, according to the commuter rail agency. The watch version is available in six languages.

“When the customer opens TrainTime on their Apple Watch, selected trips will populate up under a ‘My Trips’ tab,” the agency said. “When clicking a specific trip on the watch, the user can easily see the train’s expected departure time, journey time, the station stops, and capacity in each train car. Using the mobile version of the app, users can turn notifications on for a certain trip, which will send notifications on the watch.” The app also allows users to bookmark stations, so they can see arrivals and departures, as well as service status for the Hudson, Harlem or New Haven lines, so they can be alerted to any ongoing delays or service changes.

The commuter rail agency reported that it is in the testing phase of the Android-equivalent watch feature.

“I am so proud that Metro-North is the first commuter railroad to be able to provide its customers with a companion smartphone app that has all of the features of its mobile app,” Metro-North Railroad President Catherine Rinaldi said. “We are eager to expand this feature to Android users in the near future, and will use customer feedback from our Apple customers to make this companion app even better.”

The TrainTime app was developed in-house by the MTA IT Product department.

Metrolinx’s UP Express riders will now be able to tap their physical Interac debit card or any card added to a mobile wallet to pay for fares.

“Earlier this year, we launched a pilot on UP Express to allow transit riders to pay their fare with their credit cards, modernizing the PRESTO payment experience,” Metrolinx Chief Payments Officer Barclay Hancock said. “We’re thrilled to now be adding Interac Debit to this pilot, providing even more choice and convenience for customers and marking a first for a transit authority in Canada.”

“More and more Canadians want a future where they can purchase their public transit fares through an open payment system,” said Andrew Yablonovsky, Associate Vice President, Portfolio Strategy and Growth at Interac Corp. “Having the ability to utilize their Interac debit card gives transit users the varied payment options they are seeking. We see debit usage continuing to grow as transit authorities across Canada begin to adopt this open payment system.”

UTA on Oct. 25 is celebrating the grand opening of the new Salt Lake City International Airport station on the TRAX Green Line (see map below). The event culminates the 20-month construction project, which was originally slated for completion in July, but “COVID-19, concrete shortages and airport construction delayed it,” according to a FOX 13 Salt Lake City report. During construction, UTA riders had to use a bus bridge and a shuttle to get to the airport. The original station launched in 2013; UTA began to work on the new station, which includes an additional 1,500 feet of track, in March 2020 to serve the new airport terminal.

The airport is currently replacing its five existing concourses with two linear concourses, as part of a $4.5 billion project. The first phase opened in 2020 and the second phase is slated for completion in 2024.

The first segment of TRAX opened on Dec. 4, 1999, and linked riders from Salt Lake City to Sandy. Now, TRAX features three lines: the Blue Line from Draper to Salt Lake City, the Red Line from South Jordan to the University of Utah, and the Green Line from West Valley to the Salt Lake International Airport, for a total 42.5 miles of line and 50 stations.