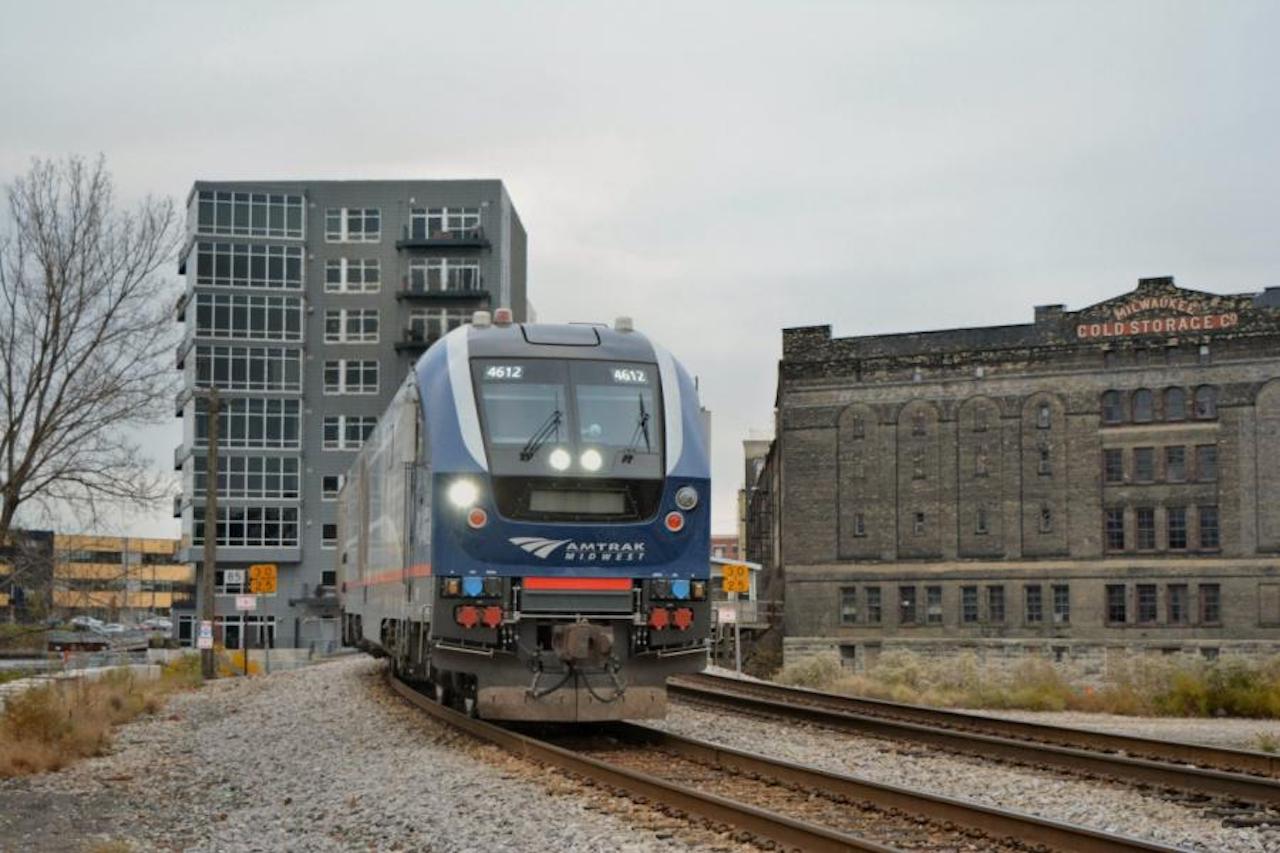 The City of Madison will hold a kick-off meeting for its Passenger Rail Station Study to identify a recommended location for a potential future Amtrak Station. Also, the City of Vicksburg backs Louisiana rail plan that could potentially bring Amtrak passenger rail service to the city; and MetroLink Blue Line service will return to normal beginning Monday, Nov. 28.

The City of Madison in Wisconsin announced Nov. 21 that it will be hosting a kick-off meeting for the Passenger Rail Station Study on Dec. 7. According to the city, the purpose of the study is to identify a recommended location for a potential future Amtrak Station. With the passage of the bipartisan infrastructure law, the City of Madison says, historical levels of funding are available for new intercity passenger rail service, adding that, at the same time, Amtrak has “identified Madison as a connection on a future Hiawatha Service extension.”

The Dec. 7 meeting, which includes in-person and virtual alternatives for attending, will include a presentation explaining the project, with opportunities to provide input and ask questions about the presentation and the opportunity to correspond with the elected officials, city and Amtrak staff, and the project consultant team.

The in-person meeting will begin at 4:30 p.m. in room 215 of the Madison Municipal Building located at 215 Martin Luther King Jr. Blvd. The presentation will occur via Zoom at 6:30 p.m.

According to a report by The Vicksburg Post, the city of Vicksburg is “throwing its support behind the Louisiana Department of Transportation and Development’s (LaDOTD) effort to secure federal funding for Louisiana’s Consolidated Rail Infrastructure and Safety Improvements Program that envisions potential Amtrak passenger rail service for Vicksburg.”

According to The Vicksburg Post report, the Vicksburg Board of Mayor and Aldermen on Nov. 21 approved a resolution supporting the program, which is part of the Louisiana 2020 Rail Plan developed by LaDOTD to “guide the state’s freight and passenger rail service planning and project development for the next 20 years” and prepared to “meet requirements under the federal Passenger Rail Investment Act of 2008 to qualify for future funding for rail projects.” The program, The Vicksburg Post reports, includes a North Louisiana Passenger Rail Plan calling for passenger rail service from Dallas/Fort Worth, Tex., to Meridian with stops in Shreveport, La., Monroe, Vicksburg and Jackson.

According to the Louisiana 2020 plan, and as reported by The Vicksburg Post, Amtrak “explored the possibility of service from Meridian to Dallas/Fort Worth in the 1990s,” with a proposal that involved splitting the Crescent, which presently runs from New Orleans to New York with stops in Meridian, Birmingham, Ala., and Atlanta to establish an east-west route to Dallas/Fort Worth.

“There’s a section that’s not connected going east and west on Amtrak, and it happens to be between Meridian and Dallas/Fort Worth,” said Ward 2 Alderman Alex Monsour. “If this goes through—we really don’t have any opposition in Washington, D.C.; in fact, while we were there (in Monroe) Sen. Cindy Hyde-Smith, Sen. (Roger) Wicker and all of the Louisiana Delegation were all on board with this.”

According to The Vicksburg Post report, Monsour said “the plan would be good for Vicksburg, pointing out that it would allow people to commute by rail from Louisiana to Vicksburg for work and allow people to attend sports events like Dallas Cowboys football or Atlanta Braves baseball games.”

“It’s going to connect people from Atlanta, Ga., to Dallas, Tex., and beyond. We’ve just been a little section (that) couldn’t get Amtrak and they said they were going to do this,” said Monsour in The Vicksburg Post report, adding that “having service to Vicksburg will bring more visitors to the city.” “It will help us tremendously,” he concluded.

According to a Fox2Now report, service on MetroLink’s Blue Line will return to normal on Monday, Nov. 28, following damage to the route caused by flash flooding this past July.

According to the Fox2Now report, train transfers will no longer be required at Forest Park-DeBaliviere Station.

Additionally, according to the Fox2Now report, MetroBus trips have been cancelled “on a daily basis for more than two years due to a shortage of bus drivers and mechanics,” but the agency is “making some changes to help provide consistent service,” including the suspension of service on the #71 Patterson-Redman MetroBus route. The adjustments, which will begin on Nov. 28, are “intended to improve the transit experience for customers in the City of St. Louis and St. Clair County, Ill.,” according to the Fox2Now report.

According to the Fox2Now report, Metro Transit is “changing schedules and service frequency for several of its MetroBus routes,” which will “reduce or eliminate unplanned trip cancellations, improve schedule reliability, and provide customers with a better transit experience.”

New schedules and route maps are available on the Metro Transit website and Transit app.