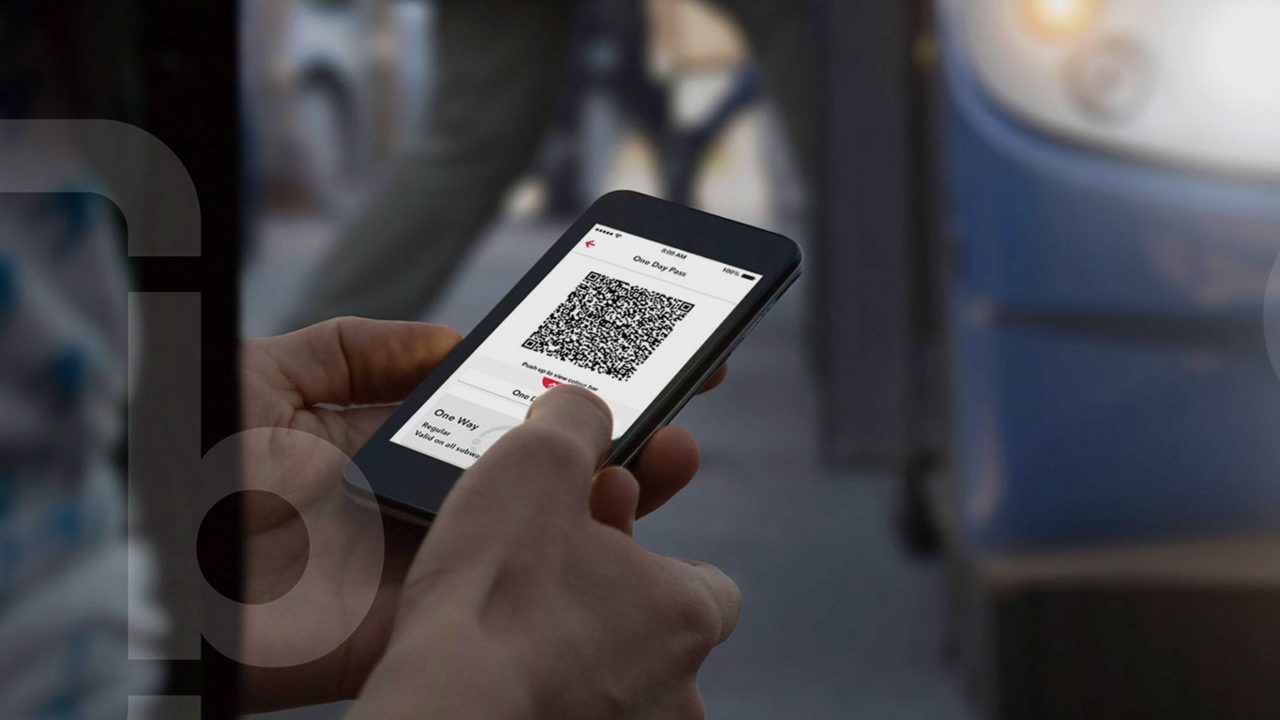 The ticketing industry is continuously evolving, and it’s not just the type of physical ticket that is changing but the very notion that many passengers don’t even want one or need one, and certainly don’t want to wait in line to purchase a piece of custom media from their transit agency.

Today, more and more users are turning to queue-free contactless payment options, which are replacing traditional paper or smart card tickets. With E-tickets, mobile tickets, account-based ticketing, contactless EMV, the number of BYOT (Bring Your Own Ticket) options keeps on rising, which is a new challenge for agency staff to prioritise and keep up with when procurement intervals can be between 5 and 15 years for traditional core fare collection systems.

But what are the implications for rail operators? It’s all very well for passengers to desire a ticketless and high tech future, and for transit agencies to have the ambition to fulfill them, but are their ticketing and fare collection systems fit-for-purpose and able to deliver on the promise of more convenient and seamless journeys?

During the summer of 2019, Masabi conducted a survey, ‘The State of Fare Collection’, examining this very question. The research into the landscape of today’s fare collection systems was based on insights from more than 60 North American transit agency professionals, and examined agencies’ existing fare collection and ticketing platforms, as well as their readiness to deploy modern innovations such as mTicketing, ABT, EMV (bringing increased PCI DSS security issues to IT and vehicle operations) and Mobility as a Service (MaaS).

At the heart of rail operators’ ticketing infrastructure is a core Automatic Fare Collection (AFC) system. Typically, these are bespoke systems custom built for the needs of each operator which, once deployed, are expected to deliver benefits for many years. However, the upfront cost to design and build a modern fare collection system with the increasing number of new ticketing and MaaS options is significantly greater than that of deploying a legacy smartcard system, meaning that unless the budgets for AFC increase, it is no longer as commercially practical for an agency to request a bespoke system build to satisfy all of the new ticket options in one go. The time, complexity and risk of such large custom IT projects should cause seasoned CTOs and CIOs to take pause.

The survey found that 43% of agencies have been operating their core AFC systems for more than a decade, while 59% stated that any update to their system would be either “Hard” or “Very Hard,” with updates occasionally or hardly ever happening. At a time when advances in mobile and account-based ticketing payments are coming so rapidly, not updating AFC systems for this long raises questions concerning the ability of agencies to keep pace with advances in fare payment technology if it is procured and developed in the same way as their slow to upgrade legacy systems.

Furthermore, according to respondents, the process of trying to deploy an AFC system is time-consuming. The research found that most core AFC systems take one to two years to go live (30%), with a further 11% taking three years or more.

The need for an alternative approach is clear, with 84% of transit agencies either researching or actively interested in providing a MaaS-based offering where public and private transport options all work together to offer passengers a seamless journey experience. A further 62% declared that they have either deployed or will deploy an Account-Based Ticketing system for their riders, enabling them to travel without needing to buy a ticket or understand fares.

With technology, mobility partner landscape and passenger expectations evolving so rapidly, it would be challenging for agency staff to write a specification today to be complete for expectations in the year 2020, but totally impractical to expect them to predict what it would need to become in the years between 2020 and 2028 during the normal expected lifetime of that system. It would also be difficult for each agency to try and offer bespoke MaaS by building their own swiss-army-knife app, or negotiating links to major transit planning aggregation applications (names like Uber, Transit App, Moovit, Google Maps etc) and persuade these global service providers to do integrations with hundreds of different bespoke AFC systems.

The emergence of Fare Payment as a Service (FPaaS) offerings is changing this. An FPaaS system is normally a multi-tenant service, built and run centrally in a cloud hosting environment that can serve many transit agencies simultaneously. The FPaaS system is constantly updated to deal with new security threats online, and also has new technologies and features added over time as they reach market acceptance and maturity. But instead of the new features being built, debugged and paid for individually by each agency at their own financial risk, the costs of adding new features is usually defrayed over the entire platform, allowing smaller agencies and large agencies to gain access to them without large new bespoke projects or upgrades. As the platform is constantly being updated, it also means that an agency won’t find that their core system becomes out of date or too old to update with new capabilities, which can happen with legacy “build and maintain” systems.

FPaaS is also a cost-effective approach to delivering fare payment technology. While 34% of agencies declared that they are paying under 10% of their fare revenue to run their core AFC systems, 35% reported paying between 10%-20%. This means that for every dollar that those companies earn, 10 to 20 cents are going back to covering fare payment and ticketing costs. In contrast, the FPaaS model, subscription-based or Pay-as-You-Go, means rail operators will pay only for what they use. By adopting FPaaS, agencies can reduce the cost of fare collection and use the money saved to deploy increased transport capacity and innovation to their organizations. Normally, FPaaS should cost less than half of the operating cost of legacy fare collection, and a small fraction of the up-front initial capital cost due to avoiding the initial bespoke development fees.

What this means is that agencies can buy into a pre-existing and ready-to-deploy platform that can be launched rapidly off the shelf, configure it for their current needs, and take advantage of new features and capabilities introduced as a platform supplier adds them.

The key change here is that risk on specification and new feature development is taken by the supplier, not the procurer. Because of the smaller (or zero) up-front development charge if the procurer accepts the feature set that is developed by the supplier, then it is also easier to move to an alternative provider if the initial deployment fails, or if their features don’t keep up with market expectations. Another way to reduce new system risk is to start using just a few features or channels from the FPaaS system, and based on the success or popularity of the initial trials, roll out subsequent features in phases, knowing that these features have all been debugged by other users of the system before your agency rolls it out. With the complexity of so many new channels and technologies, this is a big risk saving.

Fare Payments as a Service is the Enabler of Practical MaaS

In contrast to bespoke core AFC systems, FPaaS enables rail operators to easily integrate fare payments into white label MaaS apps through API’s and SDK’s into providers like Kisio Digital, Gertek and Moovit, and consumer branded MaaS apps such as Uber’s ride-hailing app or journey planning apps such as The Transit App in North America and Jorudan Journey Planner in Japan.

A good example of this ticketing and fare payments integration is the Justride SDK from Masabi, which is designed to integrate an operator’s ticketing options into a MaaS offering for passengers, and is currently doing so for more than twenty agencies around the globe.

RTD (Denver) has used the Justride SDK to integrate Uber and Transit into its Fare Payment platform. Going beyond mobile ticketing, RTD now allows riders to pay their fare using the RTD’s own branded application, and also within any of these third-party MaaS apps if passengers prefer or already have them installed – especially good for out-of-town visitors. Passengers can order an Uber to the train station, pay their bus fare and board the train without interruption or so much as a glance at a ticket office, and then complete their journey via local public transit or ride-hailing service as they prefer – all within a single app. By combining public and private transportation to deliver an integrated fare payment experience.

For the rail operator, this approach of allowing their tickets to be sold through 3rd party global MaaS applications and journey-planners not only improves the accessibility and discoverability of travel options, even showing public transit options to riders that may have initially only been considering a private journey, but it also directly impacts the bottom line through savings on the cost of issuing tickets, vending infrastructure and cash handling.

Critics could try to argue that such a ‘bring your own ticket’ approach may exclude individuals that are not digital natives. However, the approach is not limited to smartphones alone and also allows users to choose to tap-and-pay with their contactless bank cards, or indeed a physical ticket – such as an ID card or smartcard topped up with cash, or a thermally printed paper ticket bought for cash at a convenience store if that is their preference.

In order to efficiently enable the multitude of new ticketless travel options and MaaS integrations as they emerge over the coming decade, to avoid death-march of ambitious mega IT projects run at the risk of the transit agency, it is crucial to break the bespoke 5-10 year procurement cycle that limits agencies from innovating without paying for it to be tailored to their system each time. For those agencies willing to take an alternate procurement approach that doesn’t have a costly bespoke specification, FPaaS offers a simple, quick and cost-effective way to access all of these new ticketless and journey discovery and planning options as they emerge at a more attractive time frame and price, and with significantly less risk.