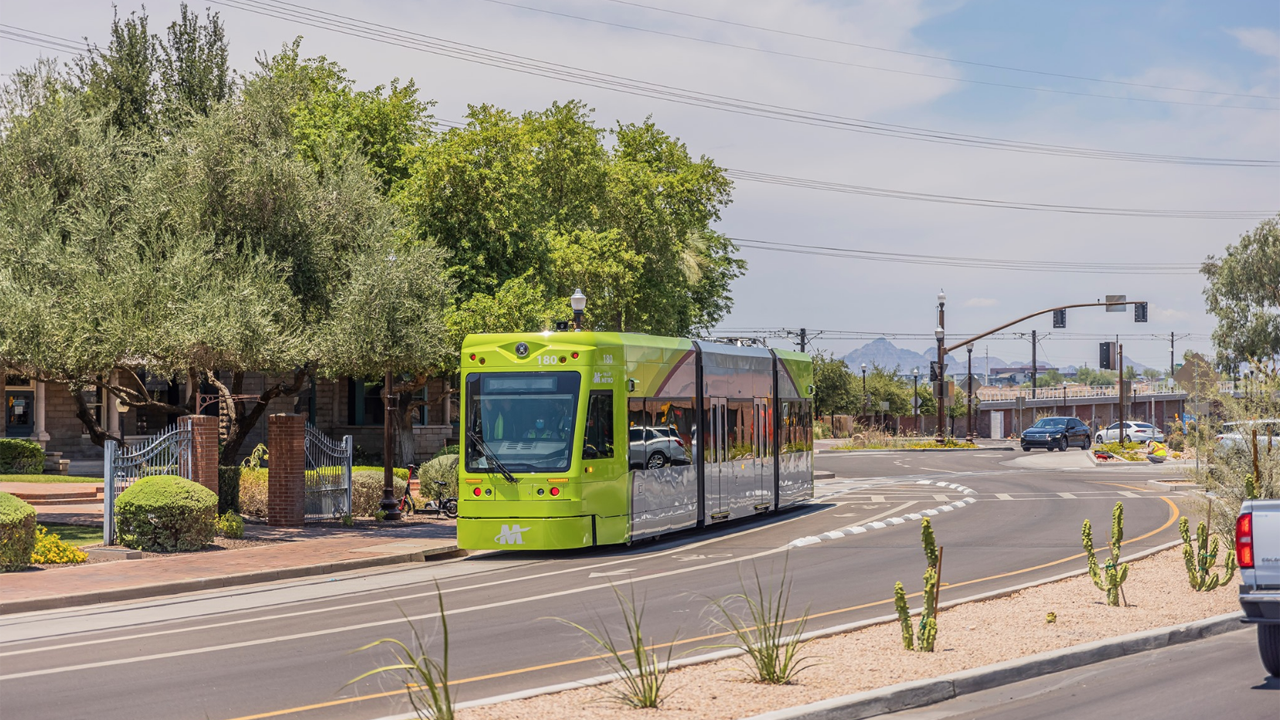 Set to launch May 20 is the Tempe (Ariz.) Streetcar system. Six Brookville Equipment Corp. vehicles will run along the three-mile, 14-station route, whose construction got under way in 2018.

The Federal Transit Administration (FTA) awarded a $75 million Capital Investment Grant to Valley Metro in September 2019 for the approximately $200 million project, and another $17.4 million in June 2021 under the American Rescue Plan (ARP). The project is also supported by $112 million from regional Prop 400 funds and $13 million from a public/private partnership that includes the city of Tempe, Arizona State University, and more than a dozen major employers and property owners along the route.

Brookville began delivering the 72-foot-long Liberty® NXT streetcars in March 2021 under a $33 million design-build-test contract. The vehicles use a lithium-ion battery onboard energy storage system (OESS) to operate along Mill Avenue in downtown Tempe and at gateway intersections where there is not an overhead catenary system (OCS). The streetcars’ batteries stay charged with OCS traction power.

According to Valley Metro, the cost to operate Tempe Streetcar is estimated at $5.5 million per year (gross cost), “which doesn’t account for farebox recovery or any other offsets the system may receive for operations and maintenance. Money to operate streetcar will come from the city’s Transit Fund, which was established through a half-cent sales tax initiative approved by Tempe voters in 1996.”