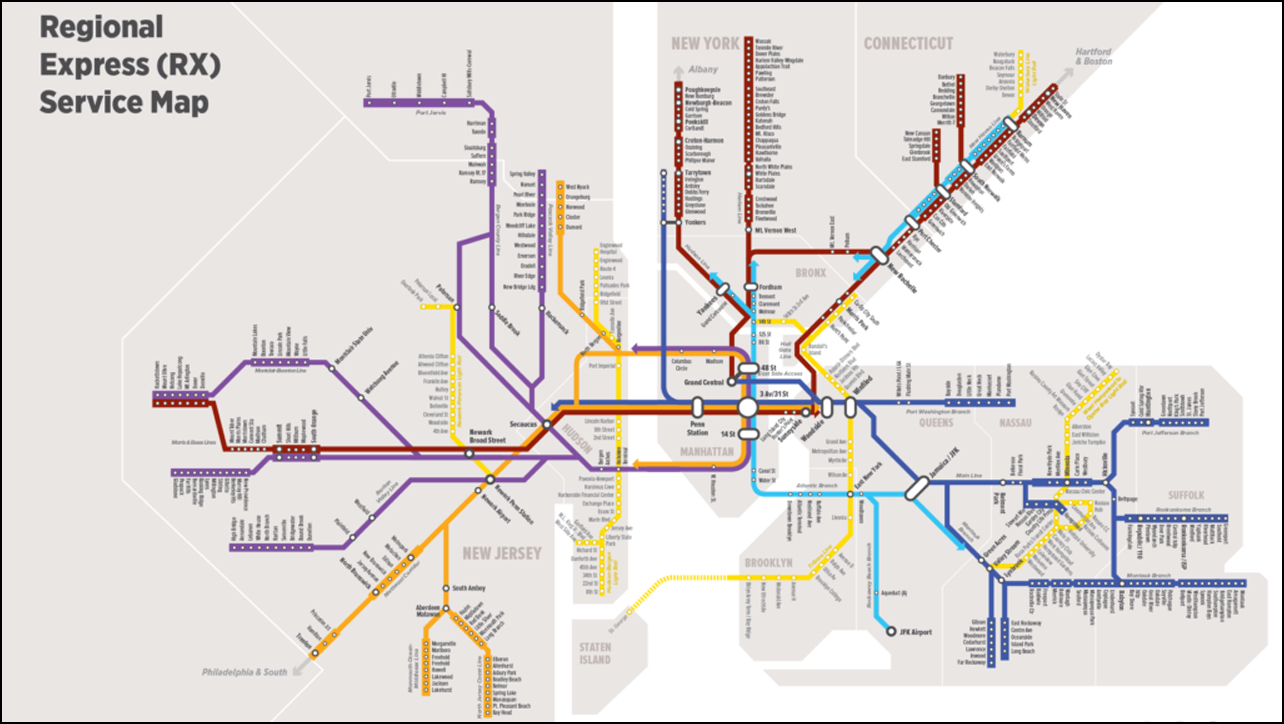 RPA says the $71 billion overhaul to integrate the three legacy systems would be implemented in three phases over several decades and would result in increased capacity, expanded options and reduced travel times.

“The-New York-New Jersey-Connecticut region has an opportunity to support sustainable and equitable economic growth for future generations by building on a unique asset —the region’s extensive commuter rail network. This network, if optimized, can boost job and population growth both in the region’s core and in major centers throughout the region that have both the capacity and need for growth,” states the T-REX report’s executive summary.

The report, which is part of RPA’s Fourth Regional Plan, points to the commuter rail network’s “age and inadequate configuration” as potential pitfalls to harnessing its full economic development potential. The report lays out how strategic investments can improve mobility throughout the region.

Rich Barone, transportation planner at RPA, said via Twitter, “The one network that we have that’s huge is our commuter rail network — yet it really doesn’t connect people throughout the region. It all dead-ends in Manhattan.”

A phased approach to the work includes:

The report recognizes that in order to fund and govern the program, a vast change will be needed from the current approach.

“There are many ways to address these variations and move towards a more integrated regional network. Institutional reform can take many shapes, from the more extreme vertical integration of the three railroads into one new entity to creating a new regional coordinating body while maintaining the agencies we have today. While there are many variations between these two, it’s illustrative to examine both ends of the spectrum,“ the report states.

Officials recognize the monumental task, but believe it to be worth the effort, noting, “While creation of the T-REX system would be one of the largest public works projects undertaken since the early 20th century, its wide-ranging and lasting benefits would far exceed the costs.”