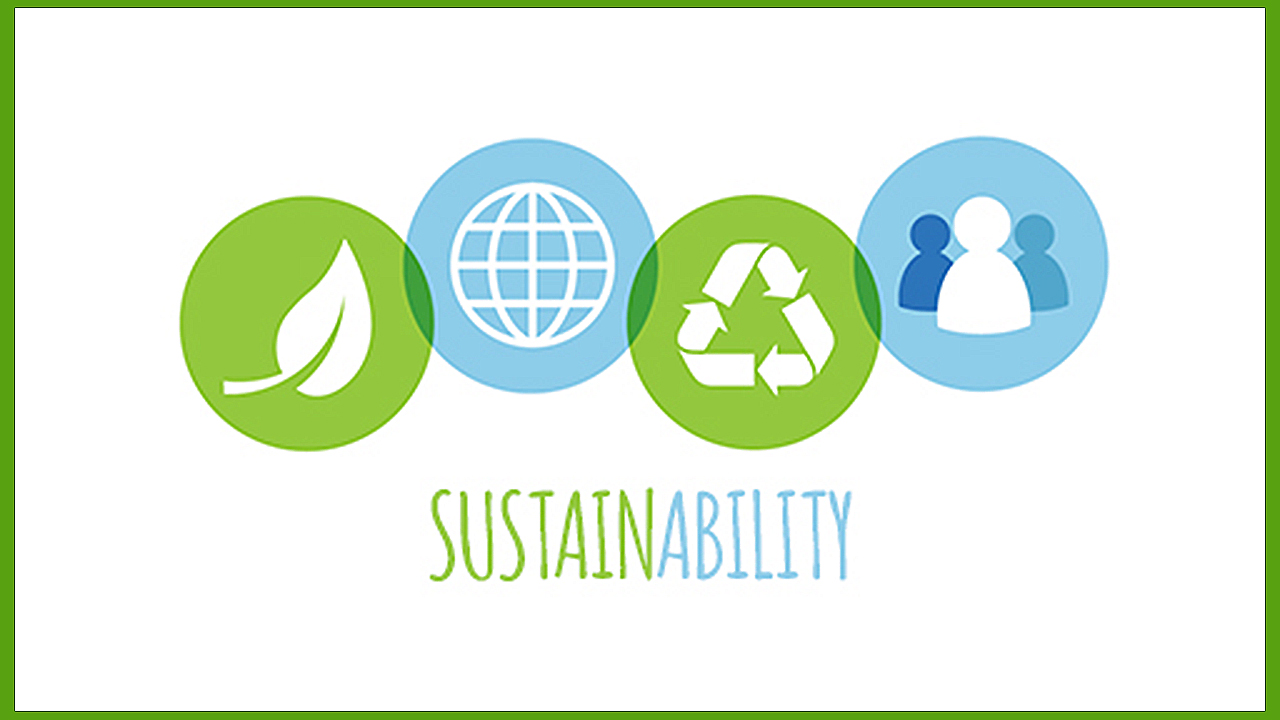 As part of its “continued efforts to create safety and build rider confidence,” Metra is significantly upgrading the ventilation system on its railcars with a new three-stage filtration and purification process. The agency awarded a contract to Transitair Systems LLC, Hornell, N.Y., to provide the new air filtration and purification system on nearly 700 railcars for $6.6 million. The contract will cover all cars that are not due to be replaced when new cars with a similar or better system enter the fleet, such as the 200 new multilevel cars coming from Alstom. The system, designed to fit in the same space as existing HVAC equipment, will be tested on 50 cars before options for additional units are approved.

The new system uses ultraviolet light, electrical fields and stronger filters “to create the safest possible environment for customers,” the agency said. “Leading the way, Metra is among the first agencies to adopt such a comprehensive system for its railcars.”

Air will be cleaned in a three-step process. The first step relies on an electrical attraction between airborne particles and the interior surfaces of a filter. Air will pass through one filter, and then through a unit that charges particles in the air, which are attracted to oppositely charged surfaces as the air passes through a second filter. The second step uses ultraviolet light to kill or inactivate bacteria, mold and viruses. In the third and final step, air passes through a unit with electrically charged ions and electrons, which react with airborne particles to remove or inactivate pollutants and viruses.

The new system is expected to remove and eliminate 99% of all airborne particulates, bacteria and viruses, including the virus that causes COVID-19. Metra noted it “already refreshes the air every four minutes and uses hospital-grade MERV (Minimum Efficiency Reporting Value) 13 filters on its railcars; the new system will be the equivalent to or better than MERV 17 or HEPA (high efficiency particulate air) standards.”

“The upgraded air filtration and purification system is just one of the many ways Metra has responded to the COVID-19 pandemic,” the agency said. “Metra also adopted a new regimen to clean, sanitize, disinfect and inspect all cars and Metra-maintained stations at least once a day, with an extra emphasis on disinfecting high-touch areas as frequently as possible, including the use of electrostatic disinfecting foggers. Metra has also installed an abundance of signs in stations and on trains that remind riders that masks or face coverings must be worn (now according to a USDOT mandate), and that they should practice physical distancing. Metra also installed two new touchless hand sanitizer dispensers in every car, and customers can use the Ventra app to buy and display tickets, which eliminates close interactions with crews.”

“The air in our trains is already proven safe and healthy, but this new cutting-edge system sets the highest industry standard for quality,” said Metra CEO/Executive Director Jim Derwinski. “Combined with all the other steps we have taken to clean, disinfect and sanitize our system, and to promote healthy behavior by riders and workers, this is just one more reason our customers can ‘Commute with Confidence.’”

On March 11, the Regional Transportation District (RTD) successfully closed a refunding bond transaction to refund the FasTracks Project 2012A bonds and Transportation Infrastructure Finance and Innovation Act (TIFIA) loan from the U.S. Department of Transportation “to achieve interest savings and restructure the associated future debt service to achieve the most beneficial financial results for annual cash flows.”

The agency issued “Green Bonds-Climate Bonds Certified,” described as “a bond issuance from which the proceeds are set aside for a specific purpose and exclusively applied to finance or refinance new or existing projects that promote progress on environmentally sustainable activities with climate change or emissions reduction benefits. Globally, the majority of green bond proceeds have been used to fund renewable energy, low carbon transportation infrastructure, water and waste projects, energy efficiency and low carbon buildings.” The Green Bonds designation is designed to track the Green Bond Principles made known by the International Capital Market Association.

RTD noted it issued the refunding bonds as Green Bonds-Climate Bonds Certified “based on the environmentally sustainable elements of the FasTracks program,” the district’s 2004 voter-approved, multibillion-dollar transit expansion plan for the Denver metro region. RTD used the original bond and loan proceeds to fund parts of various FasTracks projects, including the University of Colorado A Line, B Line, R Line, W Line and Flatiron Flyer bus rapid transit service.

Issuing green bonds “also aligns with RTD’s commitment to sustainability,” the agency said. “As outlined in our most recent sustainability report, part of the annual Quality of Life Study, RtD has made an impact on regional sustainability in four primary areas: air quality, transportation greenhouse gas emissions, electric vehicles and public health.”

Financially, RTS said the refunding “will result in interest savings for FasTracks of $127.5 million over 24 years, with 99% or $126.1 million of those savings realized between 2021 and 2026. These savings are the equivalent of a 15% net present value (NPV) savings in interest cost, which far exceeds the RTD Board policy requiring at least a 3% NPV savings in order to authorize a debt refunding. The average interest rate on the new refunding bonds is 2.11%.”

RTD’s November 2020 Mid-Term Financial Plan had forecasted the required use of FasTracks reserves of $238.0 million over the years 2021-2026, “which was unsustainable and resulted in a deficit fund balance of $28.9 million by 2026,” the agency said. “The savings from this refunding will have a significant positive impact to partially offset that reserve depletion.”

RTD added it also benefited from a tender offer in which investors of the refunded 2012 bonds “sold almost 20% of their holdings prior to the call date, which generated additional interest savings for RTD. Further, large purchases by institutional investors such as Wells Fargo, Loews Corp. and Nuveen Advisory Corp.  ndicated high demand for RTD’s debt and the market’s confidence in RTD.”

RTD used the services of Hilltop Securities Inc. as independent financial advisors, Butler Snow LLP as bond counsel, Hogan Lovells US LLP as disclosure counsel and Goldman Sachs as the lead underwriter of the underwriting syndicate. The total cost for the refunding was approximately $4.2 million, costs for which were paid with proceeds of the Green Bonds.

“The high interest in the sale of the refunding bonds speaks to RTD’s reputation in the bond markets and the agency’s investment grade credit ratings,” said RTD General Manager and CEO Debra A. Johnson. “In addition, the designation of the bonds as Green Bonds-Climate Bonds Certified attracted the interest of environmentally conscious investors interested in financing solutions for climate change.”

RTD said its “commitment to the expansion of zero-emission, reliable and affordable public transportation systems supports the vision of the United Nations 17 Sustainable Development Goals, described in the Transforming our World: 2030 Agenda for Sustainable Development adopted by all United Nations member states in 2015 that provides ‘a shared blueprint for peace and prosperity for people and the planet.’ The issuance of the bonds will directly support UN goals 9 and 11—Industry, Innovation and Infrastructure; and Sustainable Cities and Communities—by expanding zero- and low-emission public transportation options in the Denver region.”

Translink has embarked on C$20.9 million program to overhaul five of its six West Coast Express diesel-electric locomotives. The Government of Canada is investing C$10.2 million through the Public Transit Infrastructure Stream of the Investing in Canada Infrastructure Program. The Government of British Columbia is contributing C$9.2 million and TransLink is contributing C$1.5 million. The contractor was not disclosed.

The West Coast Express fleet consists of five EMD F59PHIs purchased in the mid-1990s and one backup Wabtec/MotivePower MP36PH-3C acquired in 2006. The project includes refurbishing the prime-movers in the EMD units to extend their lifespan by 15 years. In addition, all HEP (head end power) units will be replaced to “reduce emissions, improve energy efficiency and allow operation of longer trains” (typical West Coast Express consists include anywhere from four to ten Bombardier bi-level coaches; the agency operates a fleet of 44). To ensure there is no disruption in service, locomotives will be refurbished one at a time, with each unit tested, commissioned and returned to service before work starts on the next unit.

“The West Coast Express has been moving thousands of Metro Vancouver transit users every weekday for more than 25 years, and we are pleased to welcome this investment into the service’s future,” said Gigi Chen-Kuo, Interim CEO of TransLink. “Refurbishing our locomotives will reduce greenhouse gas emissions and create a more reliable experience for our customers getting to and from work or school each day. Our current locomotives are nearing the end of their lifespan, and this investment allows us to continue providing this important service for years to come.”