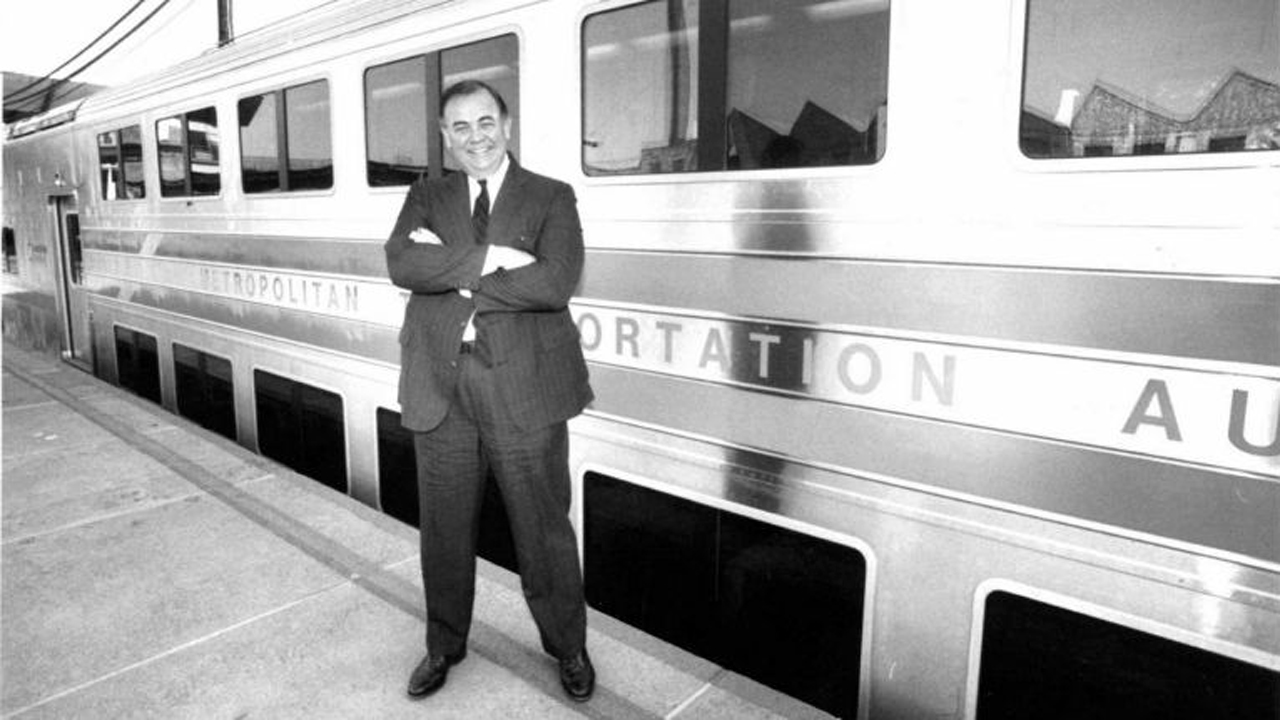 There is more to the fifth anniversary this past Dec. 25 of the death of former MTA Long Island Rail Road President Charles “Chuck” Hoppe, who inherited construction of the LIRR’s Jamaica Hillside Maintenance facility from his predecessor, Bruce C. McIver, LIRR President from 1985 to 1989.

Hillside was designed to support LIRR’s fleet of 1,000 EMU (electric multiple-unit) cars. It was being built at the old Gimbels Department Stores Jamaica warehouse. Construction was several years behind schedule. Work began in January 1985 with an estimated cost of $215 million. By May 1989, the project was $140 million over budget with significant change orders. The final project cost was anticipated to be $397 million, with completion three years late.

Due to ongoing problems with this project, the Urban Mass Transportation Administration (UMTA, today known as the Federal Transit Administration, or FTA) made a determination that the LIRR lacked technical capacity for management of this and other major construction projects. In March 1989, UMTA suspended the LIRR’s eligibility to receive new federal funding.

Hoppe restored UMTA’s confidence in rebuilding the LIRR’s technical capacity by successfully completing the Hillside Maintenance facility and managing the $100 million Harold Interlocking project, using 100% local MTA funding. Under Hoppe’s watch, UMTA once again became confident in the LIRR, and two years later restored its eligibility for receipt of federal funding. UMTA went on to provide $200 million for the original Penn Station Improvements project, vs. today’s version sponsored by Governor Andrew Cuomo. Both the Harold Interlocking and Penn Station improvement projects were successfully completed on time, within budget and without significant change orders to the construction contracts.

One significant failure under Hoppe was a future fatal flaw in the purchase of DM30-AC dual-mode locomotives and bilevel passenger cars. Those responsible for design, engineering and bid specifications to support procurement of dual-mode locomotives and bilevel passenger cars failed to take into consideration height clearances for the 63rd Street tunnel between Manhattan and Queens, construction of which began in 1969, and which was designed to be used at a future date to provide the LIRR with a direct connection to Grand Central Terminal. As a result, the LIRR fleet of 23 DE30-AC diesel-electric and 23 DM30-AC dual-mode locomotives along with 134 bilevel passenger cars will not be able to utilize East Side Access for future service to Grand Central Terminal.

The East Side Access anticipated revenue service date has slipped on numerous occasions from its originally projected 2011—a dated that some elected officials with no background in what it actually takes to construct a major transportation project promised in 2009. The MTA “corporate party line” claim—based upon the most recent project recovery schedule, which has also changed numerous times during the life of the project—calls for a December 2022 opening for passenger service. Based upon its previous history of delays, changes in procurement strategy, re-advertising of contracts, change orders to contracts, re-sequencing of work, recovery schedules, cost overruns, budget issues and coordination issues with Amtrak including providing construction contractors with insufficient track outage time necessary to perform work, don’t be surprised if the first day of passenger service to East Side Access occurs in 2023 or later.

Thousands of daily LIRR riders from diesel territory branches (including those commuting from stations east of Huntington to Port Jefferson, east of Mineola to Oyster Bay, east of Babylon to Speonk or Montauk and east of Ronkonkoma to Greenport) will still have to change at Jamaica for the future Grand Central Terminal or Atlantic Avenue Terminal in Brooklyn. When the Oyster Bay branch is converted to a permanent scoot shuttle service, those riders will also have to switch at Mineola.

Chuck Hoppe served as LIRR President from 1990 to 1994. In the eyes of many transportation experts, including myself, he moved the LIRR capital program from the doghouse to the penthouse. Under his watch, it was expected that capital projects would be completed on time, within budget, without significant change orders to construction contracts, and with minimal inconvenience to riders during construction. When was the last time you heard that?

Larry Penner is a transportation historian and advocate who previously worked 31 years for the Federal Transit Administration Region 2 New York Office. His work included development, review, approval and oversight for billions of dollars in grants that provided funding for capital projects and programs to the New York MTA, New Jersey Transit and more than 30 other transit agencies within New York State.