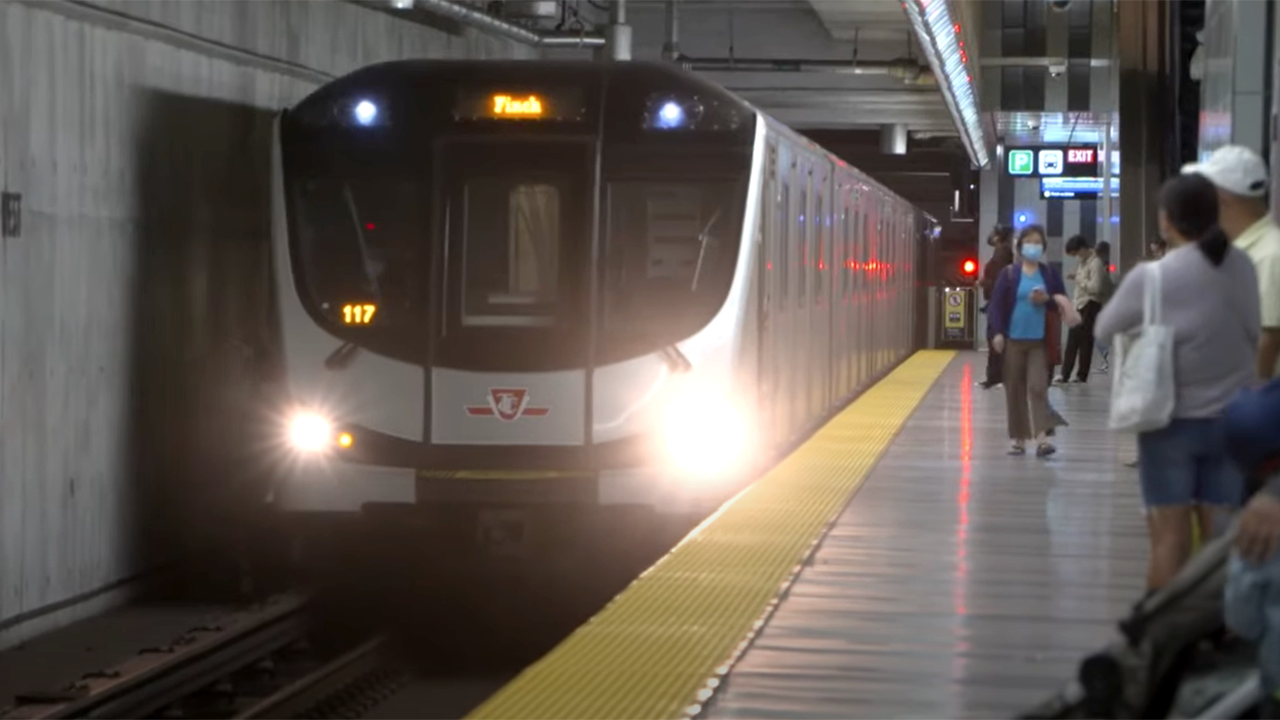 The Alstom Urbalis 400 technology was implemented in stages. Phase 1, the Vaughan Extension, was the first part of the TTC subway to feature CBTC and driver-assisted ATC between the Sheppard West and Vaughan Metropolitan Centre stations. The system is moving-block, which allows closer train spacing and thus extra capacity, because trains move along within their own “clearance envelopes,” based on speed, curvature, grade, train length and weight, braking and acceleration curves, and other factors.

TTC’s evolution to ATC was initially spearheaded by three experts who have since left the agency: CEO Andy Byford, Project Director-ATC Pete Tomlin, and Chief Operating Officer Mike Palmer. Byford and Tomlin went to New York City Transit as President and Vice President CBTC, Signals & Train Control Engineering, respectively. Palmer joined Parsons as Director of Rail Operations and CBTC. Byford subsequently returned to his native England as Commissioner of Transport for London, and now has left that agency to return to the U.S. Tomlin is now Rail & Transit Systems Sponsor – Canada at Kiewit. Palmer is one of the principal organizers of the Oct. 20-21 Railway Age/Parsons Next-Generation Train Control conference in Philadelphia, at which Tomlin will be presenting.

After NYCT’s ongoing CBTC program, the TTC’s ATC program (also ongoing) is the largest and most advanced “brownfield” application of the technology in North America. Portions of the TTC’s previous fixed-block signaling system dated back to the 1950s, when the subway first opened.

The ATC project, TTC noted, “was completed on schedule according to the updated plan approved by the TTC’s Board in April 2019.” Due to the project’s scale, ATC installation and testing was conducted during non-revenue service hours, and was completed during weekend and early weeknight closures. Crews installed thousands of pieces of trackside signaling and radio equipment. This included 2,000 wayside transponders, 256 signals, and more than one million feet of cable. The TTC completed testing and commissioning the weekend of Sept. 24; the system went live during the subway closure on Oct. 1.

“The completion of ATC on Line 1 also means that trains can use electricity more efficiently, leading to lower operating costs for the TTC,” the agency said. “In addition, it will allow for more service flexibility if there is an operational issue on the line, with additional turn-back locations now available.” ATC, with its reduced hardware and microprocessor-based wayside and onboard equipment, also provides lower life-cycle costs.