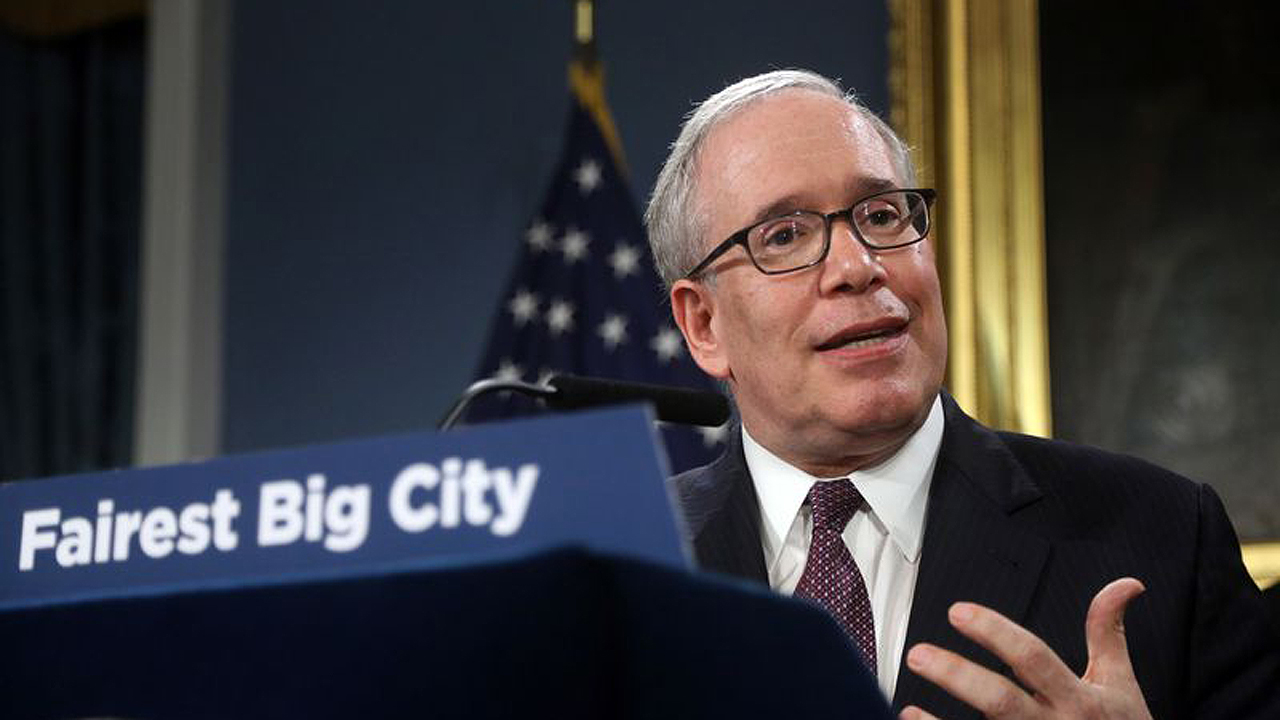 Never shy around a camera or microphone, New York City Comptroller and 2021 Mayoral wannabe Scott Stringer will continue issuing a series of useless audits and reports including those critical of the New York Metropolitan Transportation Authority and various municipal agencies.

Stringer’s most recent audit deals with Bombardier’s $599 million contract with MTA New York City Transit for 300 new R179 subway cars, which is several years late (but nevertheless will be completed by the end of this year). He conveniently forgot to tell you that, in exchange for Bombardier’s delays in delivery, NYC Transit will obtain 18 additional R179s at no cost.

Stringer travels around town by car with driver and police security detail. Unlike millions of New Yorkers, he doesn’t own a Metrocard and ride the subway he is so fond of attacking on a daily basis. Do as I say, not as I do is Stringer’s motto. He is just another term-limited career politician taking up space at the NYC Comptroller’s office and using its perks while seeking yet another public office. As a former State Assembly member, Manhattan Borough President and current NYC Comptroller, he has never worked an honest day in his life.

If Stringer was serious about this issue, why didn’t he years ago ask either Mayor Bill DeBlasio or Governor Andrew Cuomo to appoint him to serve on the MTA Board? In 2016, Cuomo issued a declaration of a State of Emergency for the MTA. In 2017, the Regional Plan Association called for the MTA and NYC Transit to accelerate the purchase of new subway cars. Fast-forward almost four years later, and nothing has changed, including multi-year delays in production and delivery for new subway cars.

Here is a typical example of an MTA subway car contract timeline: The MTA awarded a contract to Kawasaki in late 2017 for the purchase of 1,000 new subway cars. They will replace 750 R46 cars that entered service on the A, C, F and R lines between 1975 and 1978 along with 75 similar 40-year-old Staten Island Railway cars. The base order is for 500 cars, which are due within 30 months of the contract award date—July 2020. If NYC Transit is satisfied with the product, it can exercise an option to the base contract at a cost of $3.7 billion for 1,112 additional cars. Funding for this base contract and option will primarily come from the Federal Transit Administration out of annual grants to the MTA over several years.

Cuomo and Stringer are both mistaken in their belief that the MTA can dispense with normal procedures for ordering new subway cars and buses. A significant percentage of NYC Transit subway car and bus procurements, along with many other capital projects and programs, are funded for the most part by FTA grants. These federal funds go to NYC Transit, the Long Island Rail Road and Metro North Railroad, along with MTA Bus. They will total $7 billion between now and when the $32 billion 2015- 2019 MTA Capital Program Plan is completed. They are subject to federal procurement rules and regulations including Buy America requirements. More than $6 billion has been requested as part of the $51 billion 2020-2024 MTA Capital Program Plan to replace almost 2,000 more subway cars.

Contrary to Cuomo and Stringer’s perceptions, there are only a few railcar manufacturers in the U.S. that supply transit agencies around the nation. As a result, there is limited competition among a handful of potential suppliers. The MTA, NYC Transit, LIRR and Metro North are competing with other transit agencies that operate subway and or heavy commuter rail around the nation—as well as among themselves—for time and space on the handful of manufacturer’s production lines. As a result, during past MTA Five Year Capital Programs, NYC Transit has averaged five years for subway cars and three for buses. This process begins from the development of bid specifications, advertising and award, and is followed by vendor mobilization, pre-production, assembly, testing, delivery and acceptance from the first to the last subway, commuter railcar or bus.

Purchasing 1,000 or more subway cars is not like going to a local car dealer. Automobile manufacturers have a series of basic models with a variety of options produced each year in the hundreds of thousands. Passenger railcar car manufacturers do not have a ready supply of off-the-shelf stock on hand, ready to drive off the lot. Each transit agency has different bid specifications to meet their respective physical systems, maintenance and operational needs. The winning bidder needs time to develop a prototype car followed by delivery of one prototype trainset.

NYC Transit needs time to operate a prototype trainset for 30 or more days prior to revenue service. This is to ensure the trainset can survive the challenges of operating on the nation’s largest subway system, and that it has met bid specifications. NYC Transit operations and maintenance groups need time to make sure they have the resources to manage both new and existing fleets. Only then, after completion of an NYC Transit internal review and sign-off by various departments, can the manufacturer begin full production.

If you are lucky and there are no hiccups during production, this might average one trainset per week. Each car has to be inspected and accepted at the point of production and again after delivery, all of which takes time.

Cuomo and Stringer should visit a subway car production plant and see for themselves before complaining. Both should also meet with the handful of hard-working MTA and NYC Transit procurement, operational and maintenance staff assigned to manage subway car procurements. This would help them develop a better understanding of the process from start to finish. It could result in having both avoid making inaccurate statements of why new subway cars can’t be purchased, built and delivered any faster.