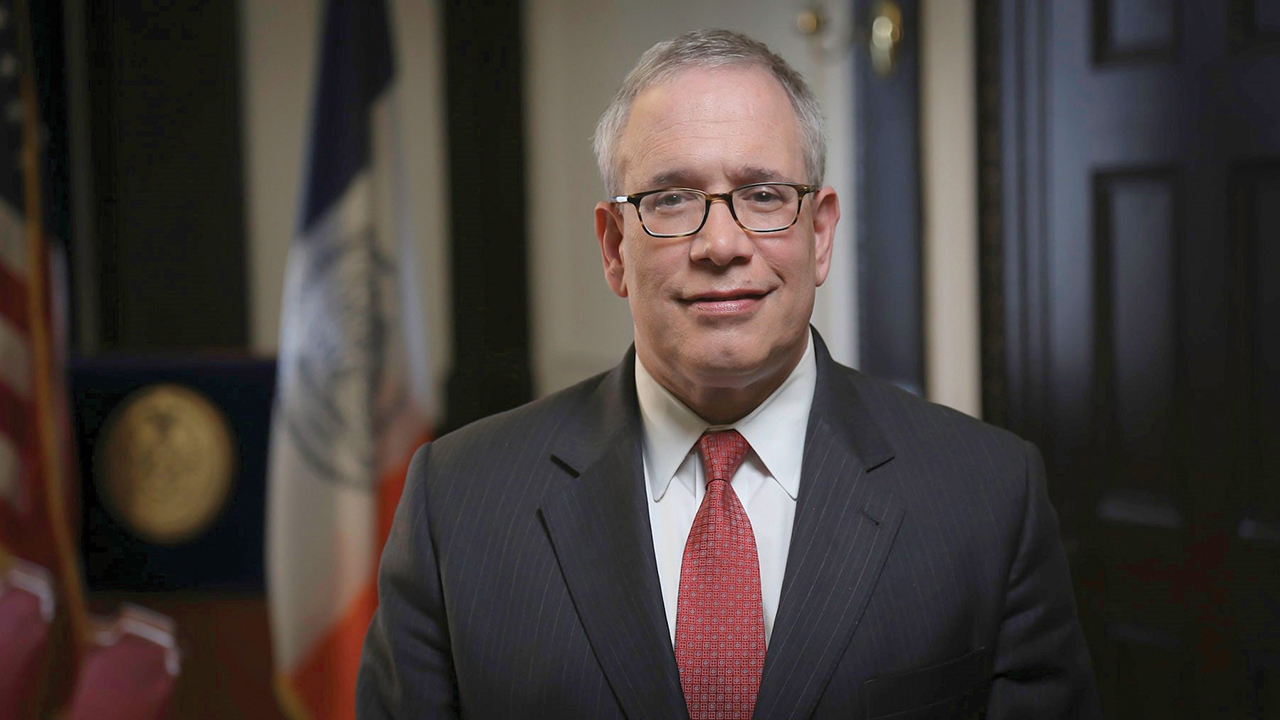 New York City Comptroller and mayoral candidate Scott M. Stringer has released a report, “Beyond Rush Hour: COVID-19 and The Future of Public Transit,” calling for adjustments to subway and bus schedules and a major change in how New York State’s gas tax is allocated, among other measures. The report contains ridership variations found by borough, time of day and transit mode “underscoring the need to better align public transit with today’s economy.”

Stringer’s report—clearly aimed at gaining votes in November’s hotly contested mayoral elections, and also possibly meant to deflect attention from allegations of sexual misconduct made against him in recent months—“highlights significant variations in subway ridership by borough and time of day, and by transit mode amid the pandemic” and “outlines a variety of recommendations to address new and existing changes to the city’s public transit system in a post-COVID landscape:

The report (downloadable below) “reveals transportation discrepancies among blue-collar workers and white-collar workers, with the former using public transportation to travel to in-person jobs more often than the latter.” Stringer claims that 61% of jobs in shift work or service industries “that do not abide by the typical 9 a.m.-5 p.m. workday—like food, accommodations, healthcare, retail, building, and personal services—are located outside of Manhattan;” and that “89% of jobs that are well-suited for remote and hybrid work—including finance, insurance, tech, media, and other professional service—are located in Manhattan.”

“The data is clear: the new rush hour is around the clock—and we need to reform our outdated transit system to meet people when and where they are in a post-pandemic economy,” said  Stringer. “Frontline workers and New Yorkers in face-to-face jobs can’t afford to wait endlessly at subway platforms and bus stops for trains and buses that never come.* If we want to reduce congestion and encourage people  return to public transit, we need to invest in changes that make public transit an accessible and convenient option for every commuter at every time of day.”

The report points to “key data points that support the need to better align public transit with today’s economy. The results of these changes have left the city’s transit system with unresolved challenges*—namely declining farebox revenues and service that does not benefit ridership that is disproportionately lower income, living and working outside of Manhattan, likely to work in face-to-face industries, and more dependent on off-peak subway and bus service. From 2019 to 2020, farebox revenue dropped by $2.9 billion while traffic congestion swelled up city streets. Currently, typical subway ridership is 50% below pre-pandemic levels and bus ridership is down 40%, but there are variations by borough and time of day and week. Subway ridership was down 66% and bus ridership down 52% in Manhattan from 2019 to 2020; the respective numbers in the Bronx decreased by a modest 53% and 37%.* Decreases in subway and bus ridership  were noticeably smaller in the early morning, when many essential workers have to get to work. While subway ridership was down 62% in 2020 and bus ridership down 44%, in the early morning hours (5 a.m. to 7 a.m.), subway ridership fell by a more modest 48% and bus ridership by only 32%.* Meanwhile, weekend ridership has recovered at a faster rate than weekday ridership. As of September 2021, weekend subway ridership reached 65% of pre-pandemic levels, while weekday ridership hovered at an anemic 51%.

“Engage employers to incentivize sustainable commuting among their workforces. New York should follow the lead of Washington State and encourage employers to subsidize public transportation expenses for their workforce. To this end, the State should pass the Commute Trip Reduction law, requiring all worksites with 100 or more employees to survey employees, submit a biennial commute trip reduction plan, and incentivize commuting trips via bus, train, biking, bikeshare and other sustainable modes.  Special emphasis should be paid to hospitals, hotels and other large employers outside of Manhattan to encourage them to provide monthly MetroCards and Citi Bike memberships for their employees. To assist and participate in these efforts, the City should create an inter-agency task force designed to reduce car dependency within New York City and increase public transit ridership.

“Rebalance and increase the gas tax within the 12-county Metropolitan Commuting Transit District to better fund public transit. Currently, only about one-third of its proceeds go to public transit, while the rest is poured into maintaining roads, bridges and outdated highways.  Now is the time for the State to reform its gas taxes to help pay for future transit improvements. Within the district, gas taxes should be rebalanced so that roughly two-thirds of the revenue is devoted to public transit.

“Congress must pass the ‘Stronger Communities through Better Transit Act.’ The federal government must step up and support subway, bus, and commuter rail service throughout the country—especially as farebox revenues fall and deficits soar. This is not the time to allow transit service to decline and leave nurses, grocery store clerks, waiters, janitors and security guards waiting in the cold for buses and trains that rarely arrive.* The Stronger Communities through Better Transit Act [will provide] direct grants for public transit operating expenses. As it stands, federal transit agencies are largely restricted to capital funding and grants cannot be used toward more frequent and reliable transit service. These restrictions have always been misguided and, given the lasting impact of the pandemic on remote work and ridership, have become particularly egregious. The funding allotted through the Stronger Communities through Better Transit Act would provide approximately $3 billion to the MTA each year and cover anticipated farebox losses in the coming years.

“Stop squandering our vast commuter rail network. With suburban, white collar commuters likely to work from home for the immediate future, there is a distinct opportunity to open up the 41 Metro-North and LIRR stations located within the five boroughs. Moving forward, the fare for all in-city trips should be reduced to the price of a MetroCard and transfers between commuter rail, subway and bus should be free. Free transfers should also be extended to suburban commuters, and trains should run at a minimum of every 15 minutes all day, every day.*

“The Department of Transportation should add 35 miles of bus-only corridors and dedicated, protected bus lanes each year to reduce crowding and alleviate pressure on the subway system. This can be quickly achieved by targeting one-way avenues in Manhattan and throughout the five boroughs and converting them to two-way travel with one avenue set aside for car traffic and the parallel avenue exclusive for buses and bikes.

“Improve Transit Access by Increasing Affordable Housing Production near existing Stations and Expanding the Subway System. First, the City should rezone and subsidize the development of deeply affordable housing around subway stations in residential areas with fewer than 5,000 daily riders to maximize access to the subway for those who cannot work from home. This can simultaneously address New York City’s twin challenges of affordable housing and rail access. Second, extending the subway down Utica Avenue in Brooklyn and rebuilding Nostrand Junction should also be  longer-term priorities to improve connectivity for working New Yorkers and communities of color outside of Manhattan.

“Reopen closed subway station entrances to improve access and speed up commute times. Out of the MTA’s 468 subway stations, more than 100 have at least one street-level entrance that has been permanently closed. More than 60% of these stations are located outside of Manhattan, restricting public transit access beyond Manhattan. The MTA should create a five-year plan to reopen all of these entrances by 2027, which will speed up access to subway platforms for thousands of New Yorkers and shorten their daily commutes.”

Editor‘s Commentary: “Trains and buses that never come” or “rarely arrive.” Really? Subway and bus respective ridership decreases of “a modest 53% and 37%” and a “more modest 48% and only 32%.” Those numbers are not modest, by any measure. Finally, challenges are not “resolved,” they’re addressed. Problems are resolved. What’s the problem with using the word “problem”? This is the most common example of euphemistic or “soft” language, as the late comedian George Carlin once said:

“I don’t like words that hide the truth, words that conceal reality. I don’t like euphemisms, or euphemistic language. And American English is loaded with euphemisms, because Americans have a lot of trouble dealing with reality. Americans have trouble facing the truth, so they’ve invented a kind of a soft language to protect themselves from it, and it gets worse with every generation. I’ll give you an example of that. There’s a condition in combat. Most people know about it. It’s when a fighting person’s nervous system has been stressed to its absolute peak and maximum. Can’t take anymore input. The nervous system has either snapped or is about to snap. In the First World War, that condition was called shell shock. Simple, honest, direct language. Two syllables, shell shock. Almost sounds like the guns themselves. Then a whole generation went by and the Second World War came along, and the very same combat condition was called battle fatigue. Four syllables now. Takes a little longer to say. Doesn’t seem to hurt as much. Fatigue is a nicer word than shock. Shell shock! Battle fatigue. Then we had the war in Korea, 1950. Madison Avenue was riding high by that time, and the very same combat condition was called operational exhaustion. Hey, we’re up to eight syllables now! And the humanity has been squeezed completely out of the phrase. It’s totally sterile now. Operational exhaustion. Sounds like something that might happen to your car. Then of course, came the war in Vietnam, and thanks to the lies and deceits surrounding that war, I guess it’s no surprise that the very same condition was called post-traumatic stress disorder. Still eight syllables, but we’ve added a hyphen! And the pain is completely buried under jargon. Post-traumatic stress disorder. I’ll bet you if we’d still been calling it shell shock, some of those Vietnam veterans might have gotten the attention they needed at the time.

“But, it didn’t happen, and one of the reasons is because we were using that soft language, that language that takes the life out of life. And it is a function of time. It does keep getting worse. I’ll give you a few more examples. Sometime during my life, toilet paper became bathroom tissue. I wasn’t notified of this. No one asked me if I agreed with it. It just happened. Sneakers became running shoes. False teeth became dental appliances. Medicine became medication. Information became directory assistance. The dump became the landfill. Car crashes became automobile accidents. Partly cloudy became partly sunny. Motels became motor lodges. House trailers became mobile homes. Used cars became previously owned transportation. Room service became guest room dining. And constipation became occasional irregularity. When I was a little kid, if I got sick, I went to the hospital and saw a doctor. Now, I go to a health maintenance organization or a wellness center to consult a healthcare delivery professional. Poor people used to live in slums. Now, the economically disadvantaged occupy substandard housing in the inner cities. And they’re broke! They’re broke! They don’t have a negative cash-flow position. They’re broke! Because a lot of them were fired. You know, fired. Management wanted to curtail redundancies in the human resources area, so many people are no longer viable members of the workforce.”