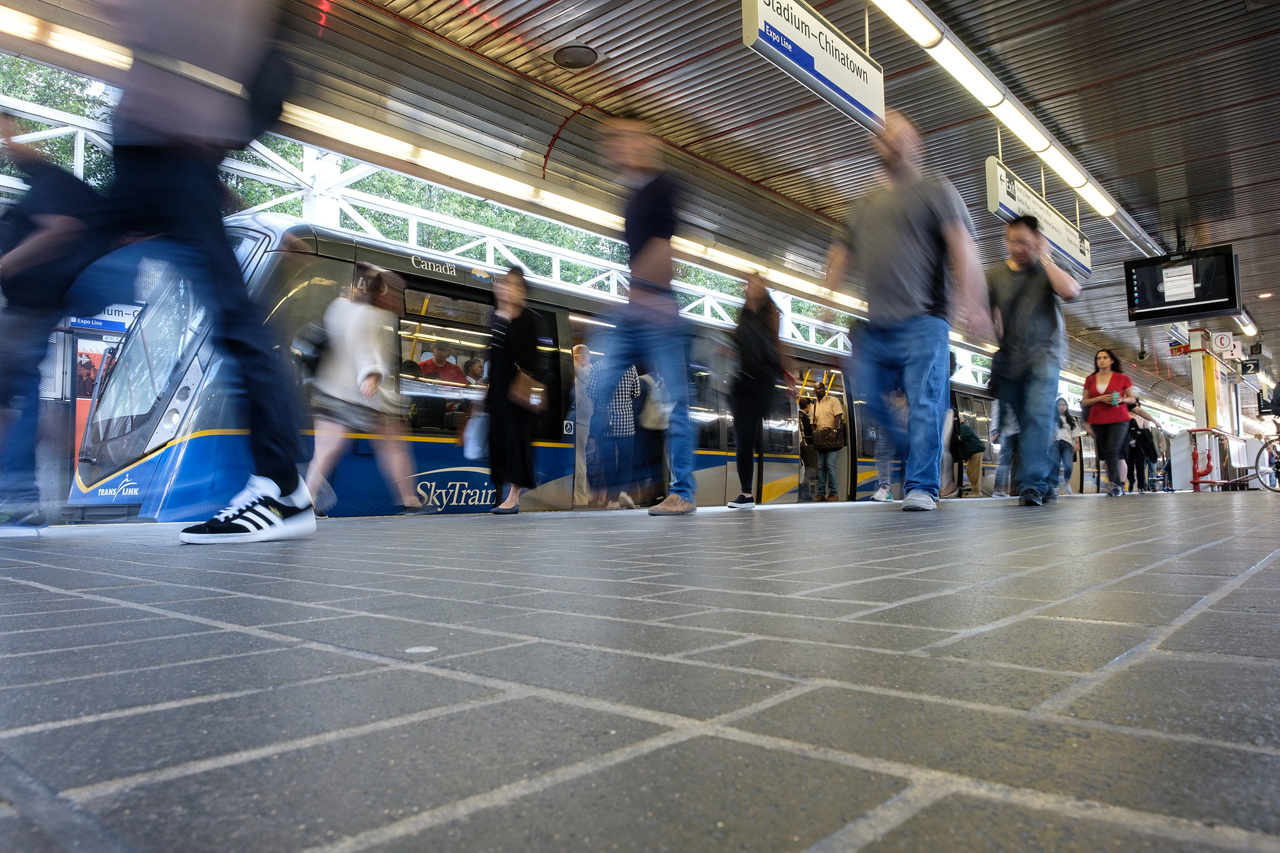 The 5.7-kilometer (3.5-mile) Broadway Subway Project will extend from the SkyTrain Millennium Line’s existing VCC-Clark Station to a new station at Broadway and Arbutus.

Earlier this month, the Province of British Columbia announced that construction would begin in the fall, with its award of a C$1.728 billion contract to the Acciona–Ghella joint venture to design, construct and partially finance the project. (In July, the joint venture was selected as the “preferred proponent team.” Click here for more.)

The new rapid transit service, continuing from the VCC–Clark Station, will run for 700 meters (766 yards) on elevated track before traveling 5 kilometers (3.1 miles) underground to the new Arbutus Station (see map above). From the Arbutus Station, riders can connect with the 99 B-Line bus service to the University of British Columbia; from the new Broadway-City Hall Station, riders can connect with the SkyTrain Canada Line.

British Columbia Rapid Transit, on behalf of TransLink, will operate and maintain the line, which is scheduled to open in 2025 and provide end-to-end service in 11 minutes.

Transportation Investment Corp. (TI Corp) is leading the delivery of the Broadway Subway Project on behalf of the British Columbia Ministry of Transportation and Infrastructure. TI Corp will provide controls, practices and oversight work.

“As we restore the economy through BC’s Restart Plan, major infrastructure projects like the Broadway Subway line will be key to our recovery,” John Horgan, Premier of British Columbia, said. “When completed, the Broadway Subway will transform how people get around in Vancouver. It will mean faster travel to work and school, better access to local business, and fewer cars on the road.”