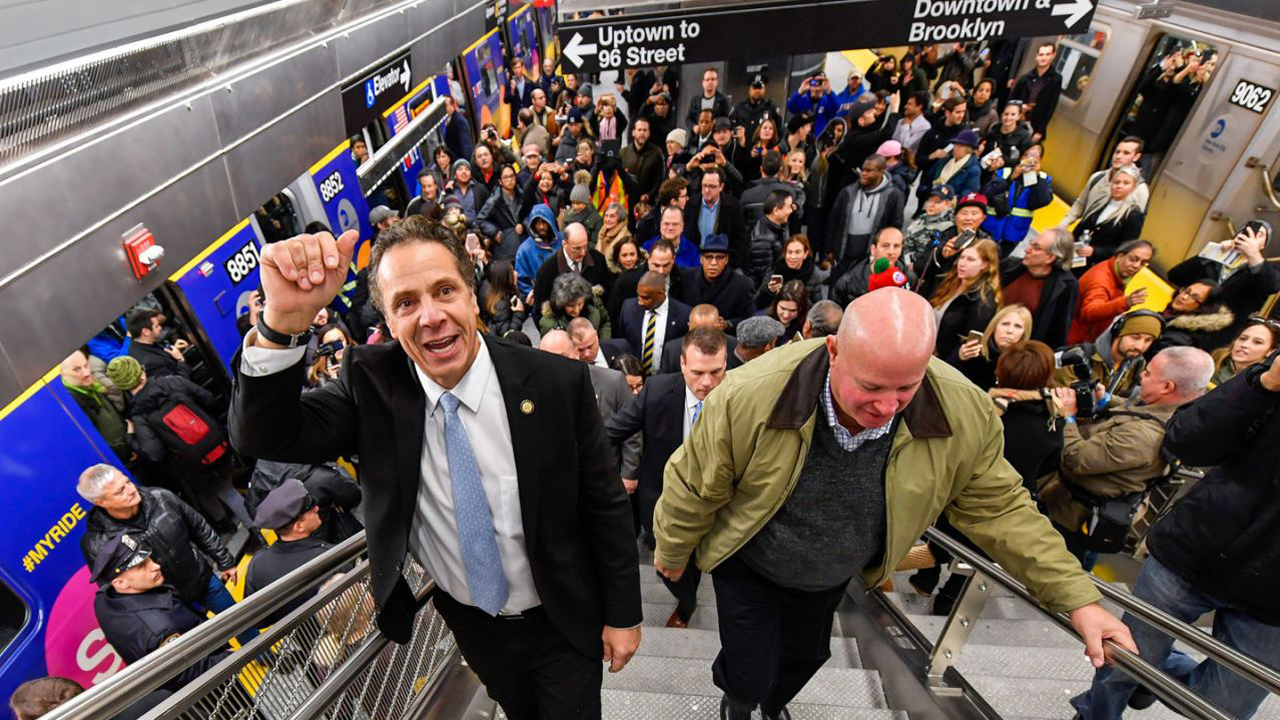 If you are looking to understand of the history of New York City Transit’s Second Avenue Subway, read “Last Subway, The Long Wait for the Next Train in New York City” by Philip Mark Plotch. The author clearly did his research on the subject. The book explains in detail why progress has been so slow for construction of the long-anticipated Second Avenue Subway.

For decades, multiple generations of transportation planners and elected officials advocated building the Second Avenue Subway, without success. Some even wanted it extended north to the Bronx and south to Brooklyn. Plotch explains, in layman’s terms, the many twists and turns this project has taken.

The Second Avenue subway was first announced in 1920 with an anticipated cost of $86 million ($1.2 billion in 2020 dollars). In 1939, the estimate was $249 million ($4.6 billion in 2020). In 1942, the Second Avenue El ended service and was demolished. Steel from the structure was used to support the war effort. In 1950, full-financing bonds were issued with an estimate of $504 million ($5.5 billion in 2020). In 1955, the Third Avenue El was demolished. Promises were made that a Second Avenue Subway would be built to replace it. Due to municipal financial issues, the bond funds were reprogrammed for other purposes.

The original Second Avenue Subway was planned as a six-track railway as it was meant to replace six tracks worth of elevated lines on Second and Third Avenues. Each triple-track El had a center bi-directional express track with crossovers. But the plan was eventually narrowed down to a simple double-track main line, what it is today.

Passage of the 1967 Transportation Bond Act included funding for the Second Avenue Subway. Construction started in 1972 at 103rd Street and Second Avenue. Work was completed between Chatham Square and Canal Street, 99th and 105th Streets and 110th and 120th Streets. Work was suspended in 1975 due to the municipal fiscal crisis faced by then-New York City Mayor Abe Beame.

Second Avenue Subway Phase 2 is planned to span north from 96th Street to 125th Street. In 2020, under the MTA’s $51 billion 2020-2024 Five Year Capital Plan, its projected cost rose by about $1 billion, raising the price tag to $6.9 billion. The previous federal share of $2 billion, or 33%, is now assumed to be 50%, or $3 billion-plus. Guaranteed—based upon advancement of design and engineering, construction contractors responses to the procurement process for contracts awarded, followed by change orders during construction due to unforeseen site conditions or scope changes—the final cost could end up several hundred million to a billion or two more.

A funding commitment from the Federal Transit Administration is still unknown. It could take several more years. In 2018, FTA only provided the MTA a FONSI (Finding of No Significant Impact) based upon completion of the NEPA (National Environmental Protection Act) review process. So the project still faces many hurdles.

Current status for funding sources necessary to support the MTA’s 2020-2024 Five Year Capital Plan is fragile. The MTA has temporarily placed this program on hold for 60 days due to COVID-19 financial impacts, an unanticipated crisis. Due to the economic recession resulting from COVID-19, billions in tax revenue anticipated from congestion pricing, real estate transfer and internet sales, along with other city and state taxes, may be lost.

New York State and New York City are each responsible for contributing $3 billion. Both Albany and City Hall face budget shortfalls in the billions. The same unforeseen financial problems may also impact their respective contributions.

The MTA had no commitment from the FTA to provide up to $3.5 billion in New Starts funding under a 2020 FFGA (Full Funding Grant Agreement). According to the FTA February 2020 New Starts report for federal fiscal year 2021, the MTA anticipates approval to enter final design and engineering this year for Phase 2. This would be followed with an FFGA from FTA before the end of 2020. This might provide up to $3.5 billion in federal dollars toward the $6.9 billion total cost. It is unrealistic to assume entering final design and engineering, followed by obtaining approval of an FFGA from FTA within the same year, with fewer than eight months remaining in 2020.

It is anyone’s guest how many more decades will pass before you can ride the full length of the Second Avenue Subway from 125th Street to Hanover Square. In today’s dollars, the full build-out could easily be $20 billion, or far more, to complete all four phases.

With my 31 years of experience at the FTA managing billions upon billions in federal assistance, I have no sympathy when the MTA and too many elected officials cry how they need billions upon billions more from Washington. Accountability for how the agency spends hard-earned tax dollars and the farebox revenue customers contribute just doesn’t seem to be a priority.

Completing projects on time and within budget, with justification for all contract change orders was my mandate for MTA and all funding recipients at FTA. When times are difficult like today, the MTA refuses to make the difficult decisions on what to fund this year and what can be postponed to the future. (Try $6.9 billion Second Avenue Subway Phase 2). Millions of MTA customers have to do this. Why can’t the MTA? From the outside looking in, MTA finances look a bit like a Bernie Madoff ponzi scheme. If I ran my family budget like the MTA, I’d be in debtor’s prison!