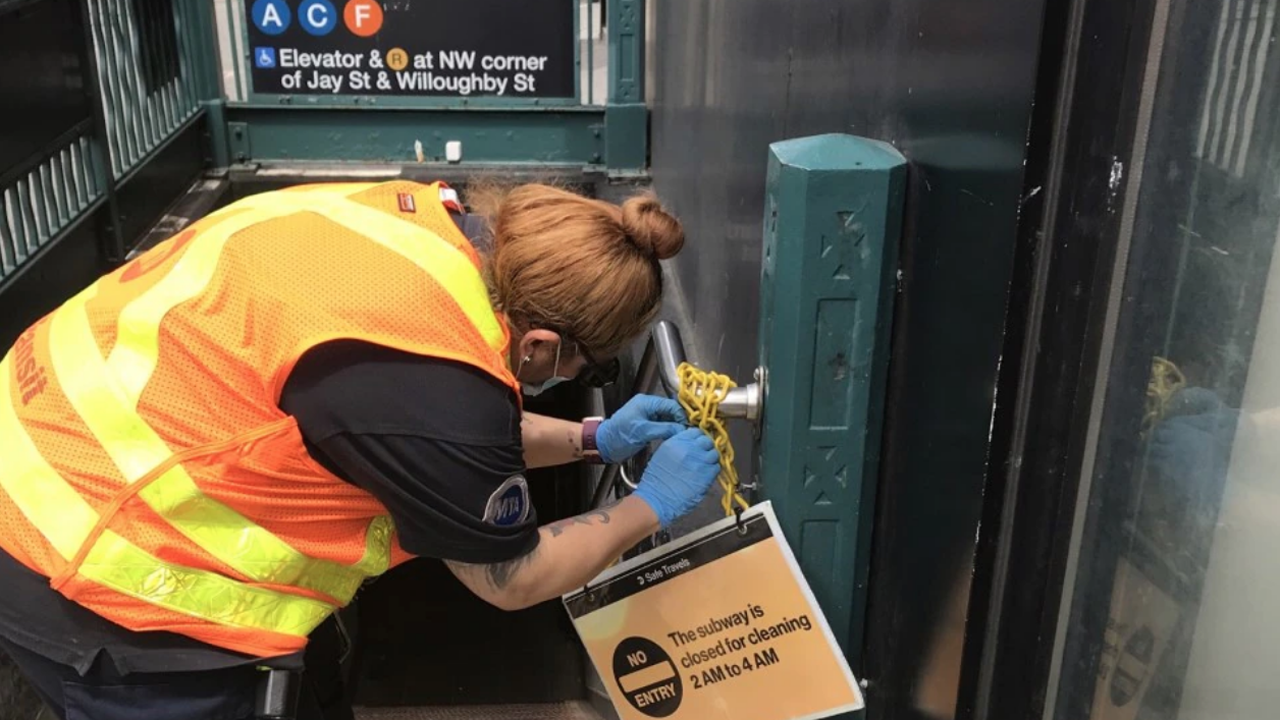 Ridership on MTA New York City Transit subways is slowly recovering, as it surpassed 2.2 million on May 10. Prior to the pandemic, average weekday ridership on subways routinely exceeded 5.5 million, MTA said.

The cleaning regiment on MTA subways as well as buses, paratransit and commuter railroads will continue. The agency said stations will be disinfected at least twice daily and rolling stock at least once daily.

Ridership on MTA New York City Transit subways is slowly recovering, MTA added, as it surpassed 2.2 million on May 10. Prior to the pandemic, average weekday ridership on subways routinely exceeded 5.5 million, but that figure fell by more than 90% to a low of about 300,000 daily trips in April 2020, as the number of COVID-19 cases peaked in the New York City area, MTA reported. The low point of bus ridership was 278,067 on April 12, 2020, and average weekday ridership in April 2020 was 463,763, according to the agency.

Riders are still required to wear masks while riding mass transit. Compliance on MTA subways and buses “has been nearly universal” with 98% for subways and 99% for buses, reported the agency.

“The subway returning to 24-hour service is a signal that we are closer than we have ever been to normal life,” said NYCT interim President Sarah Feinberg, who was one of 20 Railway Age Women in Rail honorees in 2020. “We would not be at this point without the sacrifice and dedication of the whole NYC Transit team. It is thanks to their heroic effort throughout this pandemic—coming into work, moving essential workers, keeping the system as clean as it has ever been—that we can return New York City to the city that never sleeps.”