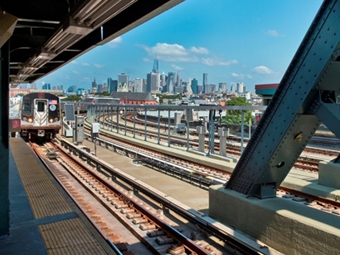 Said MTA Chairman and CEO Thomas F. Prendergast, “New Yorkers and visitors alike continue to vote with their feet, recognizing that riding the subway is the most efficient way to get around town.

MTA also noted, “Record-breaking ridership was recorded on September weekends as well. Fueled by ridership generated by the People’s Climate March, 2,953,948 customers rode the subway on Sunday, Sept. 21, 2014. This was the highest Sunday ridership since daily records began in 1985 and likely the highest since the late 1940s.”