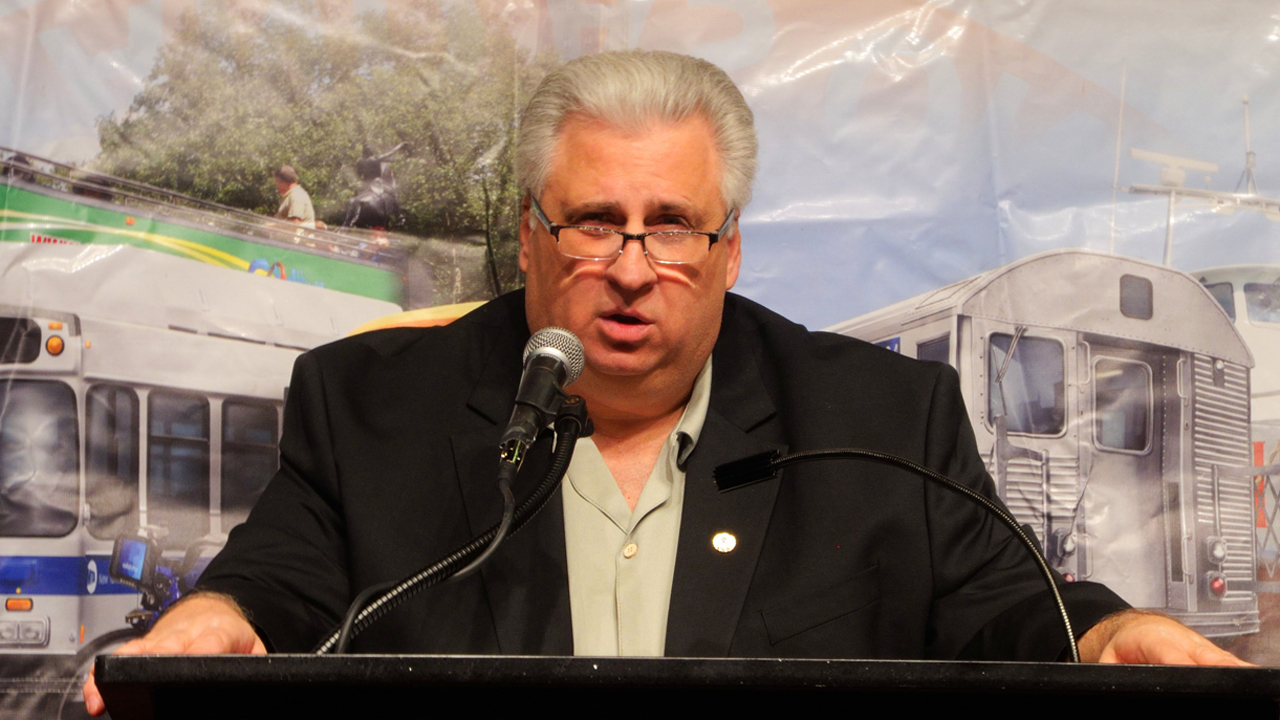 Following the deaths, on the same day, from coronavirus of a subway conductor and a bus driver, the New York Metropolitan Transportation Authority has secured 75,000 protective masks for its frontline employees.

The masks, the MTA said, have been secured through New York State health authorities for distribution to New York City Transit, Long Island Rail Road, Metro-North Railroad, Staten Island Railway and MTA Bus workers. The supply “is expected to increase allowing weekly replenishment,” MTA said on March 27. “The distribution plan is being finalized. Medical guidance continues to be that masks are not recommended as protection against COVID-19. However, masks will be made available to employees who choose to wear them. Personal protective equipment, including masks, continues to be mandatory for certain positions and duties across the agency, and will continue to be provided in these instances. For other employees, this equipment will be distributed to employees as it is made available at this time, and in accordance with the plans to be developed by the agencies, as there is a nationwide shortage of masks.”

Peter Petrassi, a 49-year-old subway conductor with 21 years of service, died March 26 from coronavirus. The same day, Oliver Cyrus, a 61-year-old bus driver, succumbed to the disease. They were among the 52 MTA employees (as of March 27) that have tested positive. “Conductor Petrassi’s passing is a line-of-duty death just as if he had been killed on the job in any number of ways that have struck down transit workers in years past,” TWU Local 100 President Tony Utano said in a March 26 press release. “Transit workers are saddened. The MTA must provide masks NOW to frontline transit workers. Otherwise, the moment is rapidly approaching where bus and subway workers will do what is necessary to protect themselves and their families. Dedication and duty does not mean using transit workers as cannon fodder.”

Utano’s public tongue lashing of MTA leadership appears to have worked. In a joint MTA/TWU Local 100 press release announcing the acquisition of 75,000 masks, Utano took a more conciliatory tone. “We’ve been working very hard to try and secure masks for transit workers during what has been widely reported as a global shortage of supplies,” Utano said. “This has been a very traumatic time for my members, and I hope these masks will give them some peace of mind as they continue providing essential bus and subway service to New York, especially for our nurses, EMS personnel, firefighters and police.”

“Obtaining a large number of masks for our incredible MTA workforce is great news, and I know comes as a relief to many,” said MTA Chairman and CEO Patrick J. Foye (who on March 28 joined the list of MTA employees testing positive for COVID-19). “Medical guidance on this issue remains the same—masks offer protection only for those who are ill, and only in prevention of their spreading of the virus. That said, I know wearing a mask at this uncertain time offers additional comfort to many of our employees, and I am grateful we are able to provide that. We are hopeful we can continue to make some number of masks available to our workers, but are acutely aware of the ongoing global mask shortage and the critical need in the healthcare industry for these supplies. The men and women of the MTA are absolute heroes for the work they continue to do, day in and day out during this crisis”

“The MTA is taking every measure to protect its frontline workers against  COVID-19,” Foye added. “Over the past few weeks, the MTA has implemented rear-door boarding to protect bus operators and limited cash transactions at subway station booths to protect station agents. This week, every agency launched its NY Essential Service Plans, modified schedules to reduce the number of work crews. This measure provides critical flexibility in scheduling that allows for a reduction in needed crews. The MTA continues to direct employees who feel sick to stay home, and is using extreme caution in ensuring that workers who came into close contact with potential cases self-quarantine, while immediately disinfecting their work spaces. The MTA’s top priority during this public health crisis is the safety of its 74,000 employees.”

On March 30, TWU Local 100 announced the death of NYCT Track Division worker Scott Elijah, station cleaner Caridad Santiago, bus driver Ernesto Hernandez, station supervisor Victor Zapana, and bus mechanic Warren Tucker from coronavirus. Elijah, who joined NYCT 15 years ago, worked for the Combined Action/Emergency Response unit (CAT/ERT) out of Parsons/Archer in Queens. He was also Pastor of the Bethany AME Church in Yonkers, N.Y. Santiago was a cleaner for 13 years, assigned to the Stations Department in the Bronx. Hernandez was a bus operator for 15 years, most recently working out of the Jackie Gleason Bus Depot. Zapana was a supervisor in the Stations Department who worked from various locations throughout the subway system for almost 30 years. Tucker was a bus mechanic for almost five years at the MTA Bus Company, assigned this year to the Central Maintenance Facility in East New York, Brooklyn.

The tragedy of Petrassi’s and Cyrus’s deaths in a city and state that have become the epicenter of the COVID-19 pandemic in the U.S. was compounded early on March 27, when Garrett Goble, the motorman of an NYCT No. 2 line subway train in Manhattan and a six-year NYCT vetran, was killed as a result of a fire that broke out in one of the cars of his train at the 110th Street Central Park North station.

According to The New York Times, as Goble pulled his No. 2 train into the 110th Street Central Park North station at approximately 3:15 a.m., he heard the train’s conductor yell that there was heavy smoke and fire in the train’s second car from the head end. Goble and the conductor rushed to evacuate passengers as fire consumed the car; 17 were injured. The conductor managed to escape the smoke-filled station, but Goble did not. When emergency workers arrived, they found him lying unconscious on the tracks, officials said. They believe he was trying to flee from the burning train into the subway tunnel when he was overcome by smoke and collapsed. Goble, 36, apparently died from smoke inhalation. He was pronounced dead at Mount Sinai Hospital in Manhattan. NYPD investigators believe the fire was started intentionally. It reportedly originated from a shopping cart in the railcar that is believed to have contained an accelerant.

Three other fires were set in the subway early that morning, at the 86th Street, 96th Street and 116th street stations. The NYPD suspects that those three fires were also set intentionally and are related to the 110th Street Central Park North station fire that killed Goble. NYPD has released a photo of the suspect. NYPD and MTA are offering a $52,000 reward for information leading to the arsonist’s arrest and conviction.