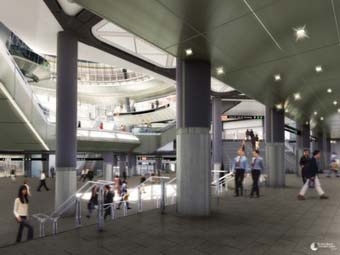 A ceremony marking the opening will take place one day prior, MTA added.

MTA also said it will the adjacent Dey St. Concourse early, allowing pedestrians and transit users to travel underground between the Fulton Street Center and the Cortlandt Street R train station. Eventually, the walkway will be extended west, including an underground connection to the E train, when the PATH transit hub, located at the World Trade Center, opens.

Retail stores are planned for the Fulton Street complex, but no stores will be open for business on Nov. 10, MTA said. Last December MTA awarded a contract to Sydney, Australia-based Westfield Group to oversee retail business operations at the center. Westfield Group, operating in the U.S. since 1987, has its U.S. headquarters in Century City, Calif.

The Fulton Street Transit Center is the second major project overseen by MTA Capital Construction to be completed since the World Trade Center was attacked on Sept. 11, 2011. The first project, the redesign of nearby South Ferry Station, was largely undone by flood waters from Superstorm Sandy in October 2011. 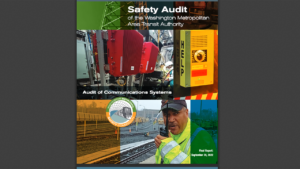 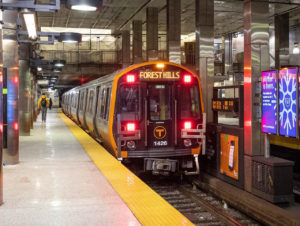