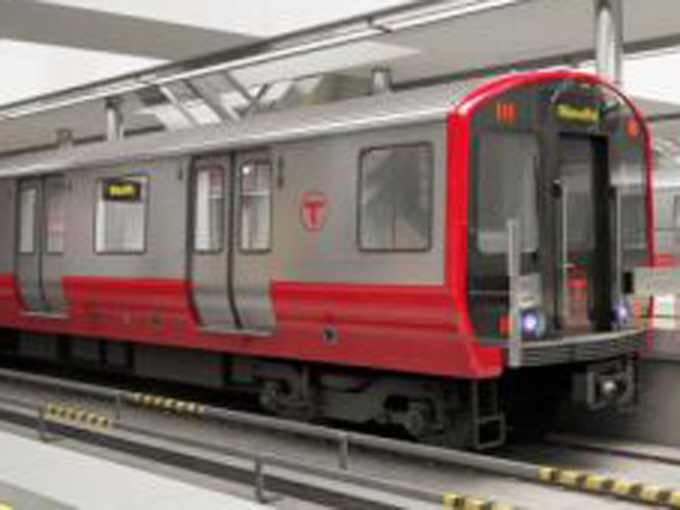 The Fiscal and Management Control Board (FMCB) of the Massachusetts Bay Transportation Authority (MBTA) unanimously voted Dec. 12 for an entirely new fleet of Red Line cars, rather than refurbishing existing cars.

The MBTA says the order for 120 additional Red Line cars from the CRRC MA Corporation will each “cost $310,000 less per car than overhauling the old cars currently in use.” The FMCB authorized MBTA management to spend up to $277 million for the procurement of the 120 cars, with an option to acquire an additional fourteen cars, along with associated capital spare parts and an extension of the technical support period. “The MBTA will have 120 new cars good for thirty years instead of getting no more than ten years of extra life out of a fleet of eighty-four cars that are already nearly twenty-five years old,” said MBTA Chief Operating Officer Jeff Gonneville.

Currently on order from the CRRC MA Corporation, 132 Red Line cars will already replace the oldest cars in the Red Line fleet by 2022. The MBTA says “this leaves eighty-four cars in need of extensive overhauls and upgrades in order to maintain reliable service levels. Instead of overhauling and upgrading these eighty-four cars, the FMCB approved the MBTA’s proposed recommendation to replace them with new cars, increasing the current order by 120 with an option to purchase an additional fourteen. The MBTA estimates this replacement along with minor speed code changes will boost capacity by fifty percent, raising the current number of trains per hour from thirteen to twenty. The new cars also have the latest propulsion and braking systems, allowing the achievement of a three-minute headway target, reducing customer wait times. With a larger standardized fleet comprised entirely of new cars, the MBTA will also be able to implement a life-cycle maintenance program, resulting in better maintained vehicles, fewer disabled trains and breakdowns causing service interruptions, and an extended service life of at least thirty years.”

As part of the 2014 contract, CRRC continues to build a new plant for the final assembly of the new Red Line cars. Completion of the facility is expected in September 2017 with manufacturing to begin in April 2018. CRRC has estimated that the plant will create at least 150 new permanent jobs in Springfield. The MBTA noted that increasing the number of Red Line cars purchased from CRRC adds more job opportunities at the Springfield production facility.

“This means that the employees working out of the factory in Springfield, instead of wrapping up, will continue to have jobs even longer, producing cars into the year 2023,” said Secretary of Transportation Stephanie Pollack. “It’s Massachusetts jobs, Massachusetts workers, a Massachusetts supply chain.”