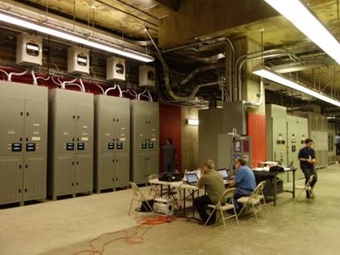 The equipment will be used in Metro’s WESS (Wayside Energy Storage Substation) Project, which is funded by a grant of $4.4 million provided by the Federal Transit Administration (FTA) under the Transit Investments for Greenhouse Gas and Energy Reduction (TIGGER) Program, part of the American Recovery and Reinvestment Act (ARRA) of 2009.

VYCON’s $3.6 million contract is for the supply of the main core equipment and the commissioning of the entire system. “The project will demonstrate how VYCON’s green regenerative technology stores energy generated by braking trains and redistributes that energy to rail lines to accelerating trains—vastly improving energy usage that otherwise would be wasted in the form of heat,” said VYCON President Frank DeLattre. “With factory delivery completed, on-site commissioning has begun in March and the system will be in operation in the second quarter.”

“In addition to energy recycling, REGEN also captures the train’s DC power and uses it to reduce peak power demands in the system and provide voltage support where low voltages are critical during operation,” said DeLattre. “These peak power and voltage support capabilities are at their greatest during rush hours when the utility power demands are at a premium price. The heavy energy cycling demands of commuter and light rail present a great opportunity to validate the value that our highly efficient, kinetic energy storage systems can provide. Transit authorities across the globe are looking at solutions on how to capture braking energy from electric powered trains to regenerate power to gain greater energy efficiencies, resulting in reduced carbon footprint while lowering operating and capital costs.”

DeLattre said VYCON has been collaborating with several transit agencies around the world to install demonstration sites that will provide real-world data for energy and energy savings as well as validating REGEN’s ability to eliminate voltage sag issues, “which might eliminate the need to install additional traction power substations. “VYCON’s environmentally friendly REGEN takes energy storage beyond the limitation of existing technologies through its patented technology,” he said. “The VYCON system stores kinetic energy in the form of a rotating mass and is designed for high power, short discharge applications. Patented technology used within this system includes a high speed motor/generator, contact-free magnetic bearings used to levitate and sustain the rotor during operation, and a control system that provides system information and performance. These innovative technologies enable the VYCON system to charge and discharge at high rates for hundreds of thousands of cycles, making it an ideal energy storage solution for electrified rail applications.” For more information on VYCON’s innovative green power solutions, contact VYCON at [email protected] or visit VYCON’s web site at: http://www.vyconenergy.com or see a short video about the REGEN Rail High Power Energy Storage System on YouTube. 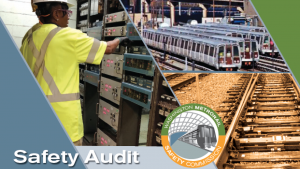