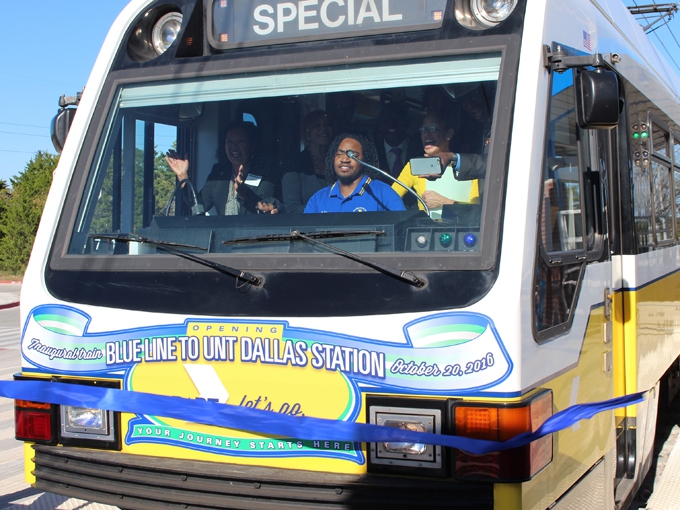 “Residents along this section of the line have improved access to the region. The new rail connection and enhanced crosstown bus service make this area more attractive to potential developers and residents,” DART President/Executive Director Gary Thomas said.

DART opened the first section of the Blue Line’s southern corridor with the opening of DART Rail in 1996. A three-mile extension was added in 1997. Nearly 20 years later, the extension project completes both the alignment and the entire rail network outlined in DART’s 1995 Transit System Plan. Today, DART operates the nation’s longest electric light rail system with 93 miles and 64 stations.

“This extension goes to a part of our community that is in need of more transportation choices. Now a young person starting out in life can pursue a complete, high-quality college education without the burden of car ownership,” Thomas said.

“Southern Dallas is our city’s greatest opportunity for growth,” Dallas Mayor Mike Rawlings said. “That’s not just because of the inventory of land available for development, but also the quality of the people who live, work and learn there. This DART extension is a critical piece of the city’s GrowSouth vision, as we continue to better serve the people of southern Dallas.”