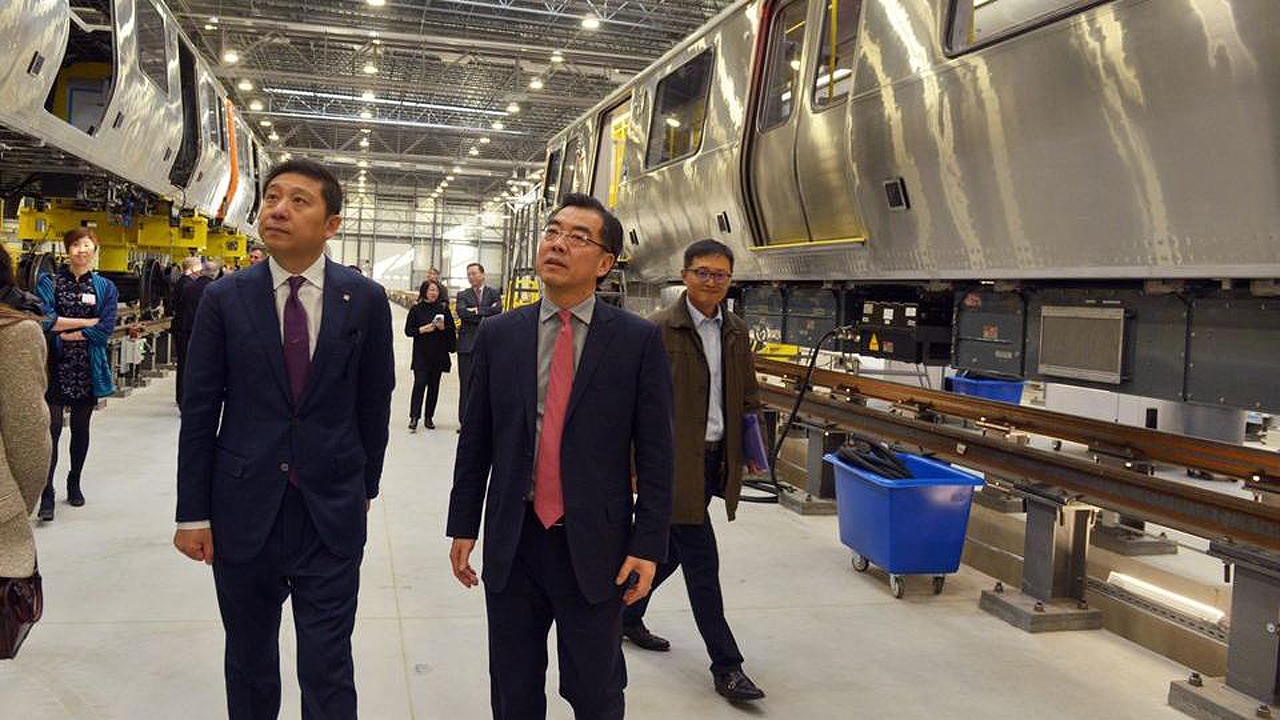 CRRC MA, the U.S. subsidiary of China Railway Rolling Stock Corp., has launched a website, “Get The Facts,” to counter what it says is its “positive presence in the U.S. being threatened with the U.S. House and Senate’s intention to constrain CRRC’s growth in the U.S. market with new laws and regulations.”

Some U.S. rail industry observers and suppliers believe that China’s goal is to dominate the global railway equipment market, and that CRRC—believed to be the world’s largest manufacturer of rail rolling stock—is able to undercut competition by low-bidding on transit contracts. CRRC, they claim, is able to do this because the Chinese government underwrites CRRC to the tune of billions of dollars. Many in the industry feel that this is unfair and monopolistic. As well, there is a movement afoot in Congress to ban CRRC (and possibly other Chinese companies) from the U.S. market.

“Proposed legislation prohibits the use of Federal Transit Administration funds to procure transit vehicles from Chinese companies, which will limit CRRC’s ability to pursue new opportunities within the U.S.,” the company said in a statement announcing the website. “It is unfortunate, now that CRRC MA has won and began executing contracts in America, that anti-CRRC MA politicians and competitors have been spreading misinformation regarding our products and services, causing unnecessary public concern and confusion. As there are no U.S.-owned railcar manufacturers, U.S. transit agencies must procure their public transit vehicles from international manufacturers. Like all our competitors, CRRC MA uses similar domestic supply chains and is subject to and in compliance with all Buy America regulations.

“Through our new website and our other social media channels, we hope to cut through the hyperbole of the many exaggerated claims bankrolled by protectionists and re-focus the public’s attention on what matters to them: high-wage manufacturing jobs that spur growth in local communities and lower municipal taxes that increase workers’ earning power. Our CRRC MA team—from management to our unionized workforce—is proud of our accomplishments and looks forward to further dialogue on this serious issue and hosting you at our manufacturing facility.”

An excerpt from Get The Facts:

“CRRC MA, a U.S. railcar manufacturer headquartered in Quincy, Mass., has been awarded transit railcar contracts from Boston’s MBTA, Los Angeles Metro and Philadelphia’s SEPTA. CRRC MA has established two manufacturing facilities in the U.S., including a $95 million investment in Springfield, Mass., and a $40 million investment in Los Angeles, Calif. As a result of CRRC’s significant investment and growth, CRRC MA’s workforce is comprised of 257 employees. The manufacturing facility in Springfield employs 168, including 108 union production employees. The Springfield workforce is under way with manufacturing vehicles for MBTA, which will be followed by the execution of the Los Angeles and Philadelphia contracts.