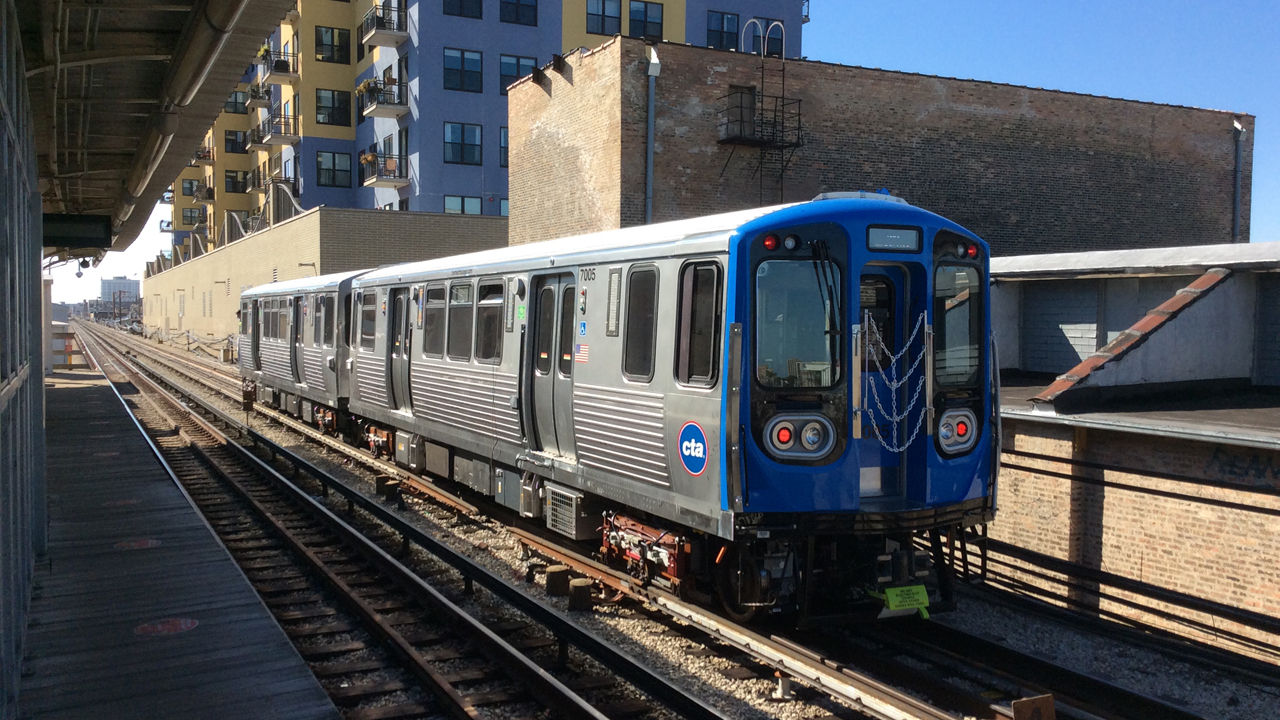 The American Public Transportation Association (APTA) has awarded 10 organizations and leaders for their “vision, leadership and commitment to public transportation,” and inducted four new members into APTA Hall of Fame.

The 2021 APTA Awards “recognize organizations and leaders in the public transportation industry in North America who have demonstrated significant leadership, are outstanding role models of excellence, and whose accomplishments and innovations have greatly advanced public transportation,” according to the association.

The organizational honorees are:

• Mountain Line (Missoula, Mont.), Outstanding Public Transportation System Achievement Award (4 million or fewer trips). Committed to a “zero-tailpipe-emissions” fleet by 2035, Mountain Line has been awarded a $1 million grant and an additional Low-No grant from the Montana Departure of Environmental Quality to purchase new electric buses to move its fleet to 40% electric.
• Sacramento Regional Transit District (SacRT; Sacramento, Calif.), Outstanding Public Transportation System Achievement Award (more than 4 million but fewer than 20 million trips). SacRT operates bus, light rail, microtransit and paratransit. From 2018-20, SacRT lowered fares, expanded service and completed comprehensive route optimization. During that time, it “introduced one of the nation’s biggest microtransit services; regained the trust of city jurisdictions and reannexed them back into SacRT; and implemented the nation’s first free rides for student program of its magnitude,” according to APTA. In addition, the agency achieved double-digit ridership growth and increased operating reserves by nearly 500%.
• Chicago Transit Authority (CTA; Chicago, Ill.), Outstanding Public Transportation System Achievement Award (20 million or more trips). CTA has completed, started work on or begun planning more than $8 billion in improvement projects. Among them: reconstruction or rehabilitation of 40 CTA rail stations (nearly 30% of the entire rail system); purchased new-generation electric buses; debuted new-generation rapid transit cars; and started the largest capital project in its history, the Red and Purple Modernization project. Since the onset of the pandemic, CTA “has been one of the only U.S. transit agencies to continue to run full scheduled service,” according to APTA. “Even at the height of the pandemic, when cities, businesses and schools were largely closed, CTA still carried more than 250,000 riders each day—essential workers and those needing to make necessary trips.”

The innovation honorees are:

• City of San Louis Obispo (SLO Transit; California). To better communicate with riders who may have hearing, visual, cognitive or selective-cognitive impairments, SLO Transit “is the first in the world to integrate reactive smart lighting as a feature of its transit fleet,” according to APTA. “The project aims to solve and reinforce vehicle operational status while enhancing the riding experience by integrating innovative visual cues.”
• Jacksonville Transportation Authority (JTA; Florida). When the northeast Florida region shut down during the pandemic, JTA kept moving through a partnership with the Mayo Clinic to transport COVID-19 samples on the medical facility’s campus using JTA’s Ultimate Urban Circulator (U2C), according to APTA. In addition, it instituted a “Frontline Foodservice” initiative and launched “Wellness on Wheels.”
• Los Angeles County Metropolitan Transportation Authority (LA Metro; California). LA Metro’s Career Pathways Program/Workforce Initiative Now–Los Angeles (WIN-LA) makes up its innovative workforce development program, according to APTA. The SEED School of Los Angeles County will soon be an essential part of agency’s Career Pathway. Launching in August 2022, the SEED School will be the nation’s first public boarding high school (grades 9-12) to focus specifically on the future workforce needs of the global transportation infrastructure industry.

The individual honorees are:

• Bradley Mims, Distinguished Service Award. Mims has dedicated his 40-plus-year career “to serving as an advocate for diversity and inclusiveness in the transportation industry,” according to APTA. The former President and CEO of Conference of Minority Transportation Officials (COMTO), he took on the role of Federal Aviation Administration (FAA) Deputy Administrator in February of 2021.

• Huelon Harrison, Outstanding Public Transportation Business Member. Harrison has been an advocate for public transportation since joining the Dallas Area Rapid Transit (DART) Board of Directors in 1998, according to APTA. He has been an active APTA member since 1999, first serving in leadership roles as a transit board member. Now as an APTA business member, Harrison has “assisted many large firms to identify qualified small DBE companies for the purposes of obtaining business opportunities on large contracts.” He is Principal of Legacy Resource Group (LRG).

• Cindy Chavez, Outstanding Public Transportation Board Member. “Chavez’s leadership, professionalism and integrity reverberated throughout the Santa Clara Valley Transportation Authority (VTA) as it struggled, like transit agencies worldwide, with severe ridership and revenue losses, and health threats to front-line workers,” according to APTA. “As the President of the Santa Clara County Board of Supervisors, she was ever-present with the duties of running the first county in the nation to order a shutdown to curb the spread of COVID-19. She also demonstrated excellence as a leader when VTA experienced a horrific mass-shooting incident in May 2021 at its light rail facility in downtown San Jose.”

• Dorval Carter, Jr., Outstanding Public Transportation Manager. A 30-plus-year transit industry veteran, Carter, “has established himself as a respected leader and trailblazer,” according to APTA. Since becoming Chicago Transit Authority (CTA) President in 2015, “he has overseen a record level of investment and modernization, and over the past year has steered the agency through the unprecedented challenges of the COVID-19 pandemic. He has consistently been customer-focused: working toward the best policies, investments and service delivery strategies to enable the CTA to serve its 1.5 million daily riders most effectively. Equity and fairness have been guiding principles for Carter since he joined the CTA as staff attorney in the 1980s, and he has continually been a catalyst for expanding equitable opportunities.”

The Hall of Fame honorees are:

• Grace Crunican. Before retiring in 2019 as General Manager of Bay Area Rapid Transit (BART), Crunican oversaw more than 3,500 employees and $30 billion of transportation infrastructure. Crunican’s 40-plus-year transportation career “steadily demonstrated how to build a more resilient, sustainable and equitable future for public transportation, always proving that agencies can adapt and find opportunity in the path forward,” according to APTA. Crunican has been actively involved in APTA for almost 30 years.

• Delon Hampton (posthumously). Hampton devoted his career to civil engineering and its application to public transportation until his retirement in 2018 from the engineering consulting firm that he founded in 1973, Delon Hampton & Associates. He was also elected the first African American President of the American Society of Civil Engineers (ASCE). After joining APTA in 1998, Hampton actively participated in and held leadership roles in many committees. “He leaves a legacy of significant contributions to public transportation through design and construction of light rail systems, commuter rail systems, streetcars, subways and associated facilities,” APTA noted.

• Arthur Leahy. A nearly 50-year transit industry veteran, Leahy has exemplified APTA’s core values, according to the association. He has been the leader of several large transit agencies as well as an active member of APTA for decades. Leahy was recognized most recently as APTA’s Public Transportation Manager of the Year in 2017, while serving as CEO of Metrolink.

• Stephen Schlickman. Schlickman has been a “tireless advocate for people with disabilities, creating fair and equitable transit access, and leading diversity and inclusion efforts” since the 1980s, according to APTA. In 1975, he started career as a bus driver, and in 2015, he retired from his last full-time position as the Executive Director of the University of Illinois at Chicago’s Urban Transportation Center. He has been active in APTA for more than 40 years.

“Congratulations to all who have been recognized for their accomplishments and for making positive impacts in their communities,” APTA President and CEO Paul P. Skoutelas said. “The four inductees into the APTA Hall of Fame have dedicated their careers to strengthening our industry. The systems and individuals being recognized have made our industry more innovative and have been at the forefront of building for the future in an unprecedented time of challenge and change.”