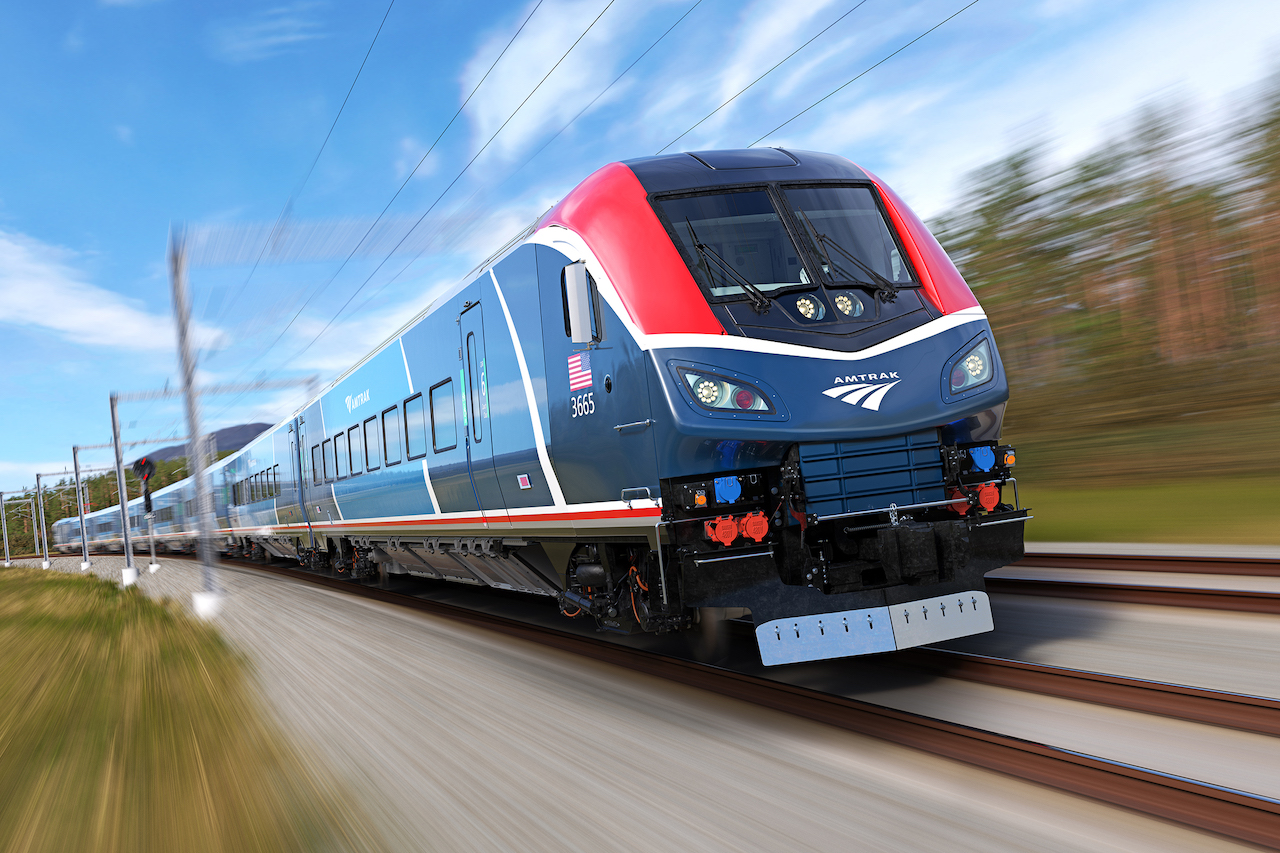 The present could be “the best of times” for Amtrak, at least on the capital side. Because of the Bipartisan Infrastructure Law (BIL, also known as the Infrastructure Investment and Jobs Act, IIJA), there is federal money available for capital improvements on lines where Amtrak runs. It includes money for projects along the Northeast Corridor (NEC), as well as other places on Amtrak’s National Network.

For the first time in decades, Amtrak is talking about starting service on new lines. None would be new long-distance trains, much to the consternation of some civic leaders and many rider-advocates. Still, Amtrak’s ConnectUS plan calls for dozens of new lines to start service by 2035. However likely or unlikely any of these new starts might be, Amtrak is finally talking about expansion. These are corridor-length routes, and most of the money would come from the states through which the trains would run, at least after Amtrak financial support expires after the first few years of operation.

Amtrak tends to play its proverbial cards close to its proverbial vest, but there are signs of enthusiasm about the proposed new routes. Railway Age has provided extensive coverage of the slugfest at the STB about Amtrak’s proposal to run two new passenger roundtrips daily between New Orleans and Mobile. During a public hearing last February, advocates made enthusiastic statements in support of the proposed service. So did Amtrak President Stephen Gardner, whose own statement was as strong as those from the advocates. It was refreshing to hear Gardner’s favorable and forceful statement, and advocates hope there will be more.

On the rails themselves, times are not good for Amtrak. The long-distance network has stayed skeletal throughout Amtrak’s history, and it is just beginning to recover from the effects of the COVID-19 pandemic. Its future remains uncertain. State-supported trains and corridors outside the Northeast are also experiencing difficulties, and at this writing, not every route is running its full schedule. Operations on the NEC and its branches are doing better, but Amtrak’s NEC and the National Network in the rest of the country seem to be at odds.

Amtrak is divided into three components: the long-distance network, state-supported trains and corridors, and the NEC and its branches. Each has its problems, and those problems sometimes vary with the line of concern.

Amtrak’s network of long-distance trains is the same size today that it was in 1971: 14 routes (not counting the Auto-Train). There has been no net growth over the half-century, while service was slashed to the lowest level in Amtrak’s history in 2020 and 2021. The network has only recently recovered to its pre-COVID level of operation, but can it stay there?

After service on 12 of the 14-train network was slashed from daily to tri-weekly (the other two have operated on tri-weekly schedules for decades), Amtrak restored daily service as Congress had mandated, but only for eight months. Amtrak claimed that the 2022 cuts were temporary and would last for only two months, but it took nearly nine months to restore it fully. Amtrak has drawn fire for organizational changes that made it more difficult to recall or hire the employees needed to restore full operation after the original cuts in October 2020.

To make matters worse, there is a shortage of equipment. Once-mighty trains like the Capitol Limited and the Texas Eagle have run with consists as short as four cars. Other trains have run with consists shorter than usual, including during summer 2022. In the meantime, equipment sits at the Amtrak shops in Beech Grove, Ind., out of service. Some of that equipment was damaged in wrecks, and may have to sit there until litigation resulting from those wrecks is over, but other equipment is not being used to transport riders and earn revenue.

It will be years, with the exception of locomotives, before there is new equipment for the long-distance trains. The existing Superliner fleet is up to 40 years old, as are the Amfleet II single-level cars used on long-distance trains between New York and Chicago, New Orleans, and Miami. There is talk of ordering replacement cars during the latter part of this decade, but the question remains how long the existing equipment can hold out.

In the meantime, advocates are pushing for new long-distance trains, most notably restoring service in southern Montana and across the mid-line of North Dakota on the historic Northern Pacific (a BNSF line) route of the North Coast Limited, which lasted until 1979. There is also an effort to restore the Pioneer (historically the City of Portland) on the UP through Wyoming, Idaho and Oregon along the Columbia River, which came off in 1997. These are good ideas, but funding would not fit nearly into the scheme established by the Passenger Rail Investment and Improvement Act of 2008 (PRIIA), and there is barely enough equipment to run the trains operating today.

Amtrak’s ConnectUS plan for 2035 does not contemplate adding long-distance trains, but medium-distance routes and corridors that would be sponsored by the states. Amtrak would contribute some of the costs during the first few years of operation, after which the states would be on their own. There is a lot of talk, and some politicians have mentioned taking the money available under the BIL, but the experience under the Obama Administration’s High-Speed Intercity Passenger Rail (HSIPR) program demonstrates that a chunk of money might not be enough to get a train going. Republican governors in Ohio, Wisconsin and Florida rejected the grants, so the money went elsewhere.

While it appears that some new routes will be added by 2035, it seems unlikely that there will be many. Some states have been feeling the financial pinch since the pandemic struck, and the dust has not settled yet. While officials in many cities and advocates want to see new trains,

rural interests generally oppose them, and those are the interests who call the shots in many states between the coasts. We might see five, or maybe even 10, new routes operating by 2035, but this writer would be pleasantly shocked if there are more.

It is not even clear that Amtrak could operate new routes after they are funded and capital improvements are completed. The proposed route between New Orleans and Mobile is a test case, and the recently announced settlement between Amtrak and CSX and NS means that there will be some line improvements, and that the trains will run eventually. When they actually start remains to be seen.

Elsewhere, though, it is unclear whether Amtrak can reliably operate the schedule it advertises. For the past several months, at least one daily round trip on most  Midwest routes has been canceled for weeks, or even a few months, at a time. That means one daily round trip instead of two, or two instead of three. Whatever the reason, that state of affairs cannot inspire confidence among local or state officials who will have to chip in for the cost of new routes.

In New York state, the Adirondack between New York and Montreal has not run for almost three years. There is very little bus service north of Albany, and most of the communities that the train served have none. Officials like Sen. Chuck Schumer (D-N.Y.) have expressed their displeasure, but Amtrak’s answer seems to be “maybe next year,” the ongoing lament of Cubs, Red Sox or Mets fans.

So, the future of the corridors running today is not great, which makes the prospect for many new state-supported trains and corridors in the next 12 years far-fetched. The prognosis is guarded, at best.

There is no doubt that the NEC, and its branches, will continue to host plenty of trains. Most of them are not Amtrak, but are operated by commuter/regional railroads New Jersey Transit, Metro-North, Long Island Rail Road, SEPTA, MARC and MBTA. Rider advocates elsewhere in the country have criticized Amtrak for unduly emphasizing the NEC, while service deteriorates elsewhere. They have excoriated Amtrak for appointing a Board composed mostly of Northeasterners and giving substantial bonuses to senior managers while service suffers in many parts of the nation.

The BIL has allocated more money for the national network than for the NEC during each of its five years of funding authority. Still, the difference in needs may exceed the difference in funding, especially since Amtrak is still not operating several trains outside the NEC that are part of the “normal” schedule.

Some capital projects along the NEC are necessary to keep the railroad going for the long haul, like updating the Baltimore Tunnel or replacing some old bridges. The Gateway Program enhancing New York-New Jersey service gained momentum once Joe Biden took office. The issue boils down to how much infrastructure does Amtrak really need, and how much would benefit peak-hour riders on the commuter regional trains that use the NEC. It appears that the transit agencies using the NEC need to sit down with Amtrak and take a fresh look at the anticipated needs of future riders and how to meet those needs affordably and effectively.

On Amtrak, the NEC is strong, because the region is full of “blue” states, and Democrats reliably vote for funding for Amtrak and the commuter/regional railroads. Elsewhere in the nation, there are corridors (defined as three or more round trips daily) only in “blue” or “purple” states. There is not a single corridor in a state where Republicans dominate. There are only three daily round trips on state-supported routes in “red” states: the Heartland Flyer in Texas and Oklahoma, and the two Missouri River Runner round trips between St. Louis and Kansas City. In the recent past, though, there has been only one daily round trip on the route, either because Missouri cut funding or because Amtrak canceled one of them for several weeks at a time. Sen. Roger Wicker (R-Miss.) has been strong in backing the proposed Gulf Coast trains through his state. When they start, there will be five daily round trips in red states, still a tiny percentage of Amtrak’s medium-distance runs.

The position of Amtrak’s state-supported routes is precarious, and that of the long-distance routes is even more so. Some advocates suggest that Amtrak should start acting less like an airline. The choice of the name “Airo” for the new Siemens trainsets that will run on the NEC and other corridor-length routes suggests the influence of airline managers and practices at Amtrak. The public’s love affair with air travel is diminishing. Amtrak competes with the airlines, especially along the NEC, but is it emphasizing rail’s superiority to air travel in the region?

Whether advocates outside the region like it or not, the NEC will survive somehow, even if Amtrak were to dissolve and the system is operated under the Northeast Corridor Commission or some other interstate agency, or even a private-sector corporation (both have been proposed).

That is not true elsewhere, and Republicans will be the key, especially in the next Congress. Long-distance trains run through the states they represent, even if corridor and local trains do not. If Amtrak were to alter its course and start emphasizing, improving and expanding the long-distance network immediately, some Republicans might get on the bandwagon to support those constituents who want to keep their trains and get more.