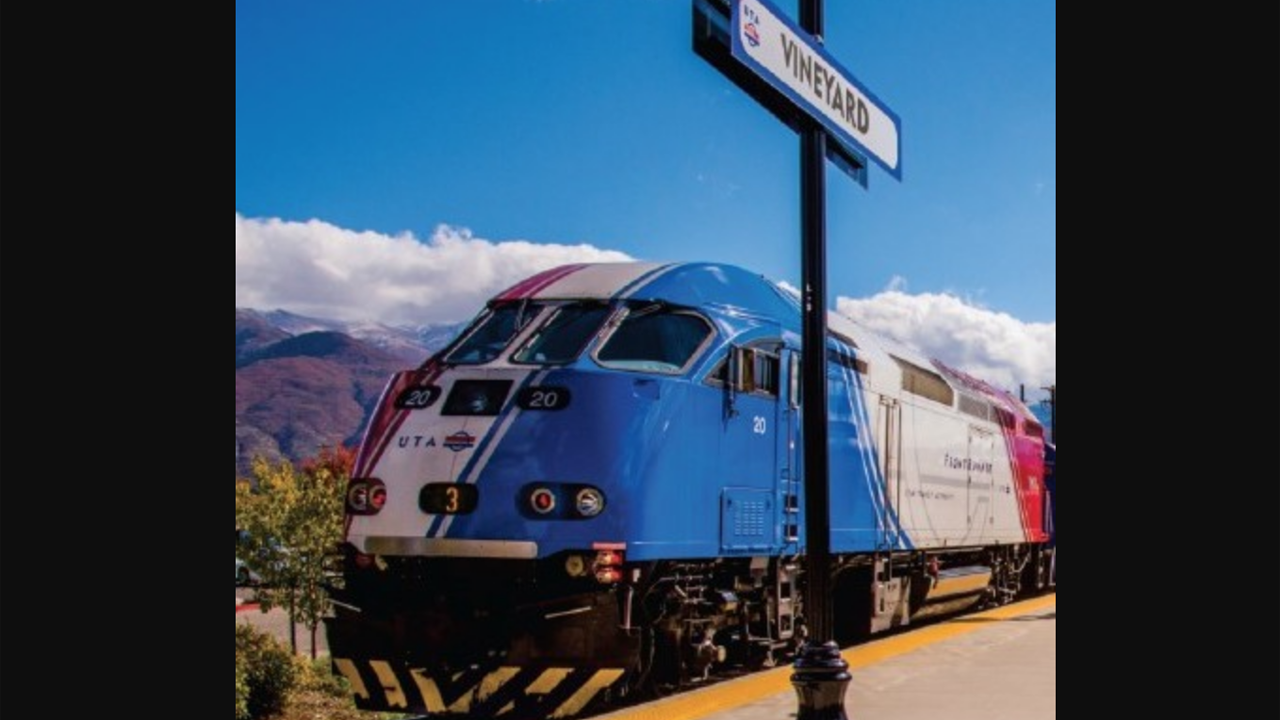 UTA announced in a Twitter post that its FrontRunner Vineyard Station is now open. The Authority held an opening party for the new station on Friday, Aug. 12.

According to UTA, new bus service to Vineyard will connect the new FrontRunner station with Orem and Provo, including UVX.

The first, three-mile section of LIRR’s Main Line Expansion Project, a nearly 10-mile stretch of triple track that starts in Floral Park and ends in Hicksville, debuted Aug. 15 during the morning rush hour commute, marking a milestone for the project that began in 2018.

When combined with the opening of Grand Central Madison (East Side Access), the third main line track creates the ability to run more service and allows the LIRR to recover quicker from delays during the rush hour commute.

“The LIRR Main Line Expansion Project is part of an unprecedented investment of $17.7 billion in 100 projects to transform and modernize the Long Island Rail Road that also includes the opening of service to Grand Central Madison this year, construction of a more spacious Penn Station LIRR Concourse and a new entrance at 33rd Street, renewal and upgrading of 36 stations and 17 bridges, elimination of eight at-grade railroad crossings, activation of the Positive Train Control safety system, addition of 13 miles of second track between Farmingdale and Ronkonkoma, upgrades to 15 electrical substations, parking capacity increases, yard expansions, and more,” the New York MTA said. “In addition to these transformational investments, the MTA, together with NJ Transit and Amtrak, plan to seek federal funding later this year to rebuild Penn Station into a modern, spacious, world-class single-level terminal that is open to natural light.”

News 12 reported that “since the pandemic, ridership on the LIRR has been down, but commuter advocates say people will eventually come back to the office and more benefits will be seen down the road.”

In New Hyde Park, the MTA recently reconstructed three grade crossings and made renovations to the train station as part of the project. Service will increase by 67%. Currently, 56 trains run on weekdays. Under the new schedule, there will be 94.

The second section of the third-track expansion, which goes from Garden City to Carle Place, is expected to open on Aug. 29. All other portions are scheduled to be put into service in the next few months.

The FTA has approved the MBTA’s corrective action plans around “addressing critical track maintenance and employee recertification” but has asked for additional work to be completed for two other safety directives, the Boston Herald reported on Aug. 12.

FTA on June 15 issued a series of special directives to MBTA and the Massachusetts Department of Public Utilities—the state agency responsible for safety oversight of MBTA’s rail transit operations—to “improve safety for the Greater Boston Area’s rail transit system.” The five special directives issued—four to MBTA and one to DPU—are a result of FTA’s safety management inspection of MBTA that began April 14, 2022, following several incidents that resulted in one fatality and several injuries to passengers and employees on MBTA’s rail transit systems. (For more on the inspection, read: “Second FTA Safety Probe Targets MBTA.”)

According to the Boston Herald, MBTA Deputy General Manager Jeffrey Gonneville said the FTA asked the agency to “revisit its plans for addressing runaway trains in rail yards, citing a July 25 incident when a train rolled onto the Red Line at the Braintree station, prompting the feds to order an immediate safety stand-down at the agency for training purposes.”

The MBTA, the Boston Herald reported, was also asked to revise its plans for the fourth safety directive around additional staffing at its operations control center (OCC), particularly among heavy rail dispatchers, which, according to Gonneville, led to weekday service cuts on three of the agency’s major subway lines.

“The corrective action plans really carry through from how we’re going to hire, how we’re going to train if there’s new staff required beyond that, and then how we’re going to ensure that we hold to that practice of whatever that’s going to be,” Gonneville said at a safety, health and environment subcommittee meeting on Aug. 11, the Boston Herald reported.

According to the Boston Herald report, Gonneville said the MBTA conducted a safety briefing for all rail yard and mainline employees involved with moving or disabled trains as part of the FTA’s ordered July safety stand-down; Gonneville said this included approximately 1,800 to 2,000 employees, who were not able to resume those duties until the training was completed.

Additionally, according to the Boston Herald, employees were tasked with reviewing and discussing the facts and causes of the MBTA’s most recent runaway train incidents, which occurred on July 25, May 28 and May 30. Gonneville said 97% of the Red Line’s “active” employees have completed the training, excluding those on vacation or short- or long-term leave.

According to the Boston Herald report, the MBTA’s revised corrective-action plan for OCC staffing was submitted on time on Aug. 10, and the agency intended “to resubmit its plan for addressing runaway trains by Aug. 12. Corrective-action plans for addressing critical track maintenance and employee certification were approved by the FTA on Aug. 10 and Aug. 8, respectively, Gonneville said.”

The FTA is still on track to release its final safety management inspection report at the end August, the Boston Herald reported, which will “force the MBTA to stop and think about how it can do things differently than it has for many years,” Gonneville said.

“We’re really still in the early stages of this process,” Gonneville said, according to the Boston Herald report. “What I mean by that is once we get the report as well, there’s going to be a lot of other corrective actions that the authority is going to have to develop and work through,” he added.

According to Metrolinx, construction on the Eglinton Crosstown LRT project (see map above) is progressing well, including a new achievement for Keelesdale Station, which recently received an occupancy permit from the city of Toronto—the first station of the project to do so.

In 2016, Keelesdale Station, located at the west end of the line, was the site for the official groundbreaking ceremony, kicking off a new phase of project construction.

To reach the point of obtaining an occupancy permit, the station had to pass several phases of inspections as set in the Ontario Building Code, including checks by Toronto Fire and the Technical Standards and Safety Authority (TSSA). These inspections, Metrolinx says, ensure that the building will be safe for public use once the new LRT line opens, and that the station equipment and safety systems are working as intended.

However, there is still work to be done, Metrolinx says, as crews continue testing the train systems and prepare for operator training. According to the agency, testing of the various station systems will continue along with staff training, until the Crosstown LRT is ready to be open for passenger service.

According to Metrolinx, upon completion, the Eglinton Crosstown LRT will bring 11 miles (19 kilometers) of new rapid transit and 25 stations to midtown Toronto, from Mount Dennis in the west to Kennedy in the east. Keelesdale Station is the second most westerly station.