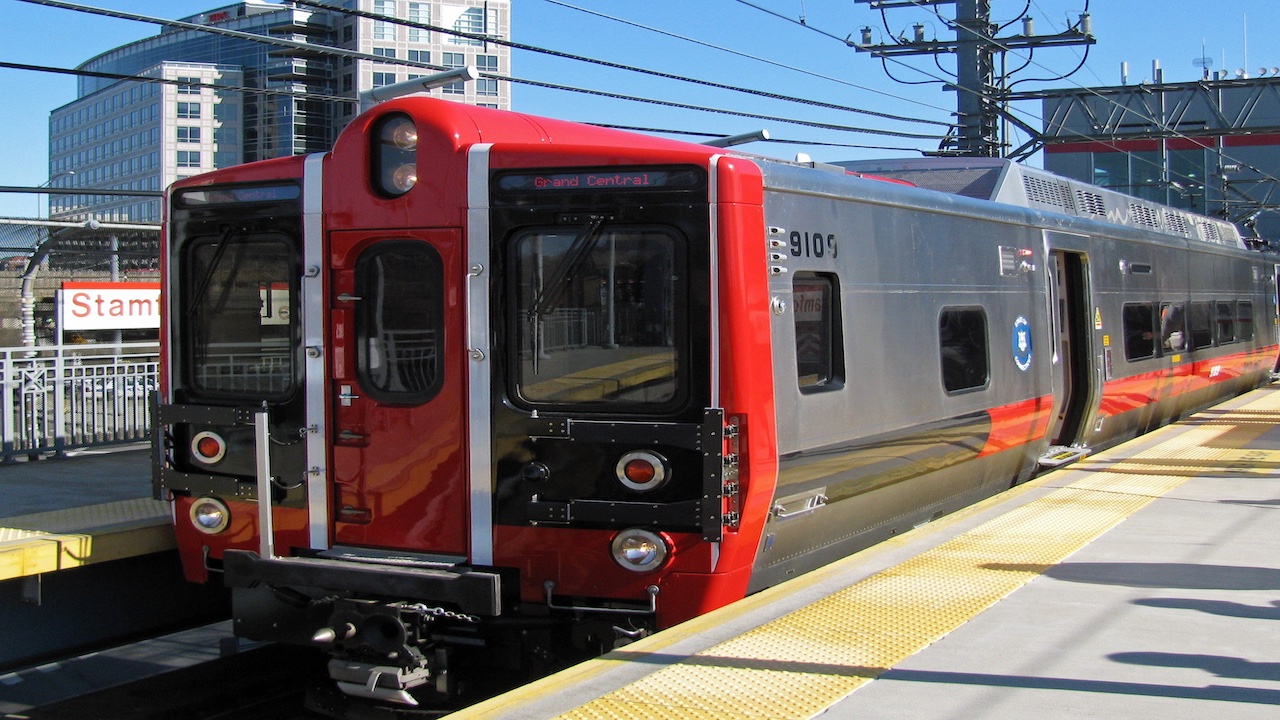 To accommodate the return of more riders, Metro-North, beginning on July 10, has expanded its service by adding six express trains between New Haven and Grand Central Terminal timed to connect with enhanced service on the Waterbury Branch. The new schedules reflect Metro-North’s partnership with the Connecticut Department of Transportation (CTDOT), which worked together to create a pilot program featuring the six new express trains.

On the New Haven Line, three weekday morning rush-hour express trains will depart from New Haven at 5:09 a.m., 5:41 a.m., and 7:52 a.m. Three weekday evening rush0hour express trains will depart from Grand Central at 4:16 p.m., 4:49 p.m., and 6:26 p.m. The trains stop at Bridgeport and Stamford and operate in as little as one hour and 39 minutes between New Haven and Grand Central. From conception to start-up, this service addition, the Metropolitan Transportation Authority (MTA) says, required only a few months to identify available crews and equipment, operate test trains on the proposed schedule, and design a new operating package, indicative of the “strong and effective service partnership between CTDOT and Metro-North.”

Additionally, substantial infrastructure and safety improvements on the Waterbury Branch Line allow for seven new weekday trains to be added to the schedule, increasing the number of weekday trains from 15 to 22–a 47% increase. There will be four new southbound trains and three new northbound trains running weekdays. With these added trains, service begins earlier in the morning in both directions and operates more frequently in off-peak hours, providing more options to riders in the Naugatuck Valley.

“Metro-North is proud of its excellent working relationship with CTDOT,” said Metro-North Railroad President and Long Island Rail Road (LIRR) Interim President Catherine Rinaldi. “This partnership has helped bring faster service for customers who travel from Connecticut into Manhattan. As more riders return to the system, Metro-North is improving the attractiveness of its weekday service with more trains and seating capacity as well as faster trips.”

Elsewhere, there are additional service enhancements on the Harlem and Hudson Lines and on the New Haven Line between Stamford and Grand Central, and Harrison and Grand Central. These include:

Proving that train crews are not immune to the ongoing epidemic of violence currently plaguing the U.S., much of which is related to the COVID-19 pandemic, 14 NJ Transit train crew employees have sued the agency for negligence, claiming it “failed to protect them from abusive passengers,” the New Jersey Monitor reported on July 8.

Crew members, including conductors and fare collectors, filed in federal court a 36-page complaint, which described in detail incidents of abuse occurring since the start of the pandemic, often erupting after mask mandates for passengers and other rail rules, went into effect. Such encounters included irate passengers who assaulted, insulted, spat at, threatened train crew members with guns and knives, and, in some cases, dodged fares, becoming combative when caught. Other employees claimed to have had hot coffee thrown at them, tossed over train seats, and wrestled on platforms, consequently suffering such injuries as concussions, torn tendons, and post-traumatic stress disorder, according to the complaint.

The lawsuit, which was filed by Bala Cynwyd, Pa.-based Attorney Robert Myers, accuses the agency of “failing to put enough security staff on trains and at stations and platforms; train staff in self-defense and equip them with defensive tools like pepper spray and stun guns; prevent overcrowding on trains and platforms and provide safe spaces on both for staff to escape dangerous passengers; and install and monitor security cameras and communications systems on trains and stations.”

Agency officials were “well aware” of increasing abuse against train crews because they supported legislation that Gov. Phil Murphy signed in January to toughen penalties against abusive passengers, said Robert Myers, adding that the reason the lawsuit was filed is to “try to get a change in the safety culture to protect not just crews but passengers as well,” Myers said.

Meanwhile, NJT reported that it is the recipient of a $519,750 Federal Transit Administration (FTA) grant to conduct a modernization study for Newark Light Rail that will examine options for improving station design and customer experience as well as making four stations accessible to people with disabilities. The four stations—Military Park, Warren Street/NJIT, Norfolk Street and Park Avenue—are the only stations that are not accessible to people with disabilities in the Newark Light Rail system.  This study was one of 40 projects from 32 states and two territories selected to share $16.2 million to help reassess, redesign, and improve transportation services in marginalized communities across the U.S.

The grant is provided through the FTA’s Areas of Persistent Poverty (AoPP) program. FTA grants the awards on a competitive basis to state and local governments, transit agencie, and nonprofit organizations “to create better transit for residents who have limited or no transportation options,” NJT noted. AoPP grants are awarded for planning, engineering, and technical studies or financial plans to improve transit in Census-defined low-income areas. The program also supports coordinated human service transportation planning to improve transit service or provide new services, including paratransit..

To address rising safety concerns, including drug use, violence, nudity and other crime on Metro Transit’s trains and buses, the agency’s work group came up with approximately 40 different solutions outlined in a new Safety & Security Action Plan, which was released last month and based on recommendations from riders and staff, according to Metro Transit spokesperson Drew Kerr.

The plan includes such changes as hiring and retaining more police officers and contracted security guards “to put them in the places where we have seen historically the most calls for service,” Kerr said. Other changes include better use of 360-degree cameras and the use of two-car trains instead of three on Metro Transit’s Blue and Green Lines. The two-car test program began on July 9 and hopes to increase the likelihood that customers will observe a police officer or community service officer.

“We need to be able to have a service that we’re proud of, that people want to ride and use so we can’t have that if we don’t have public safety on transit so that’s really what this is about,” Kerr said.

Metro Transit, which says its ridership is still down about 50% from pre-pandemic levels, will provide updates on what’s working on and what’s not with quarterly reports.