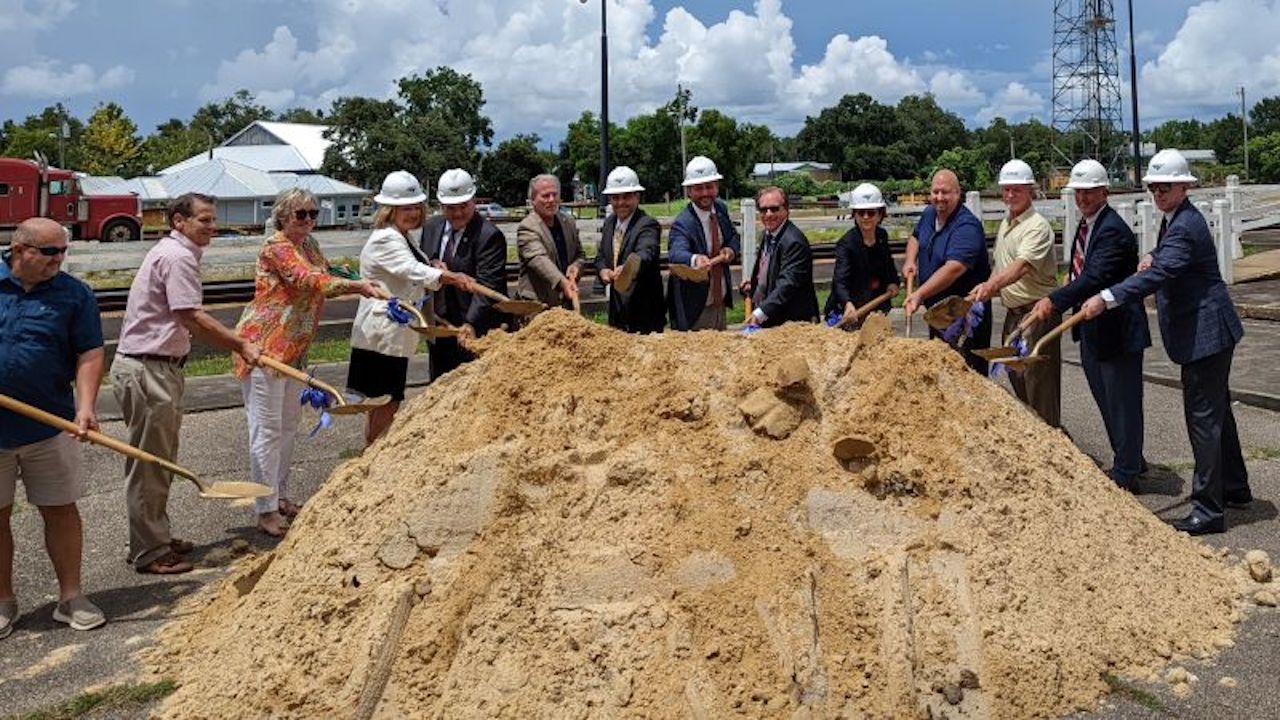 On Monday, Aug. 1, a groundbreaking ceremony in Bay St. Louis, Miss., marked the beginning of construction on a set of $2 million Americans with Disabilities Act (ADA) train station upgrades needed before Amtrak can bring passenger rail service back between New Orleans, La., to Mobile, Ala., with four stops in South Mississippi, WLOX reported. The platforms in Gulfport, Biloxi and Pascagoula also still need to be brought up to standard.

“We are doing the platforms that are essential to properly serving our customers all the way across the Gulf Coast,” said Marc Magliari, Amtrak Media Relations Manager.

U.S. Deputy Secretary of Transportation Polly Trottenberg, who was in attendance, said the rail line from New Orleans to Mobile “fits into a larger plan to connect more of America with public transportation.”

“You all know there’s a lot of rail service that runs up the Northeast Corridor (NEC) where I’m from, but we think there’s so many other places around the country, and the Gulf Coast is clearly one of those areas where we can have great passenger rail service,” added Trottenberg.

According to an Aug. 1 report by Mississippi Today, however, the Amtrak-funded platform construction is “symbolic for now,” as Amtrak is still awaiting a decision from the Surface Transportation Board (STB) after making its case to allow its trains to operate on the CSX– and Norfolk Southern (NS)-owned lines.

“What we want to do here is accommodate both,” Trottenberg said. “We think we can have great passenger rail service and still accommodate all the freight traffic that’s needed, make sure we can get all the goods we need for our supply chain. We have a process here where the STB hears both sides and is now in an arbitrary process.”

According to Magliari, Amtrak would like to have the passenger trains up and running around the first of the year.

A date for the STB hearing has not yet been set.

Construction of the new Portal North Bridge “will greatly reduce gridlock caused by critical operation and maintenance issues of the existing 110-year-old swing bridge and improve service, reliability, and capacity for rail travel along the Northeast Corridor (NEC),” NJ Transit said in a release. “The bridge is a major part of the larger Gateway Program, the nation’s most important infrastructure project, and a testament to the prioritization of critical infrastructure investments by the Murphy and Biden Administrations.”

The current Portal Bridge will be replaced with a new modern two-track, high-level, fixed-span bridge that will improve service and capacity along this section of the NEC, NJ Transit says. The new Portal North Bridge will rise 50 feet over the Hackensack River and will allow marine traffic to pass underneath without interrupting rail traffic.

In October 2021, Gov. and NJ Transit announced the approval of a $1,559,993,000 construction contract awarded to Skanska/Traylor Bros PNB Joint Venture (STJV) for the construction of the new Portal North Bridge. The contract represents the single largest construction award in NJ Transit’s history, the agency said.

The Notice to Proceed (NTP) given to STJV in April signified the start of the construction contract, which, according to NJ Transit, is anticipated to take approximately five and a half years to complete.

“This project turns the Portal North Bridge from a chokepoint to an access point. It modernizes the way that people and goods get to and from this region that is responsible for 20% of America’s economic product every year,” said Buttigieg. “I hope that this bridge will not only bring people to work and loved ones to where they need to be but bring renewed confidence in our ability to get things done together. We are entering into a true infrastructure decade.”

“The esteemed elected officials, transportation executives and union members gathered here today to celebrate a national milestone are evidence of what we can achieve when we band together as Americans in pursuit of a common purpose,” said Gov. Murphy. “Safe, reliable and modern infrastructure is about more than just getting to work on time. It’s also about the thousands of good-paying jobs this project will create and the families they support. By improving connectivity, we will also promote economic opportunity, not just for New Jersey residents and commuters, but for the NEC and our nation. The new Portal North Bridge symbolizes our lasting legacy and our commitment to the welfare and prosperity of all New Jerseyans.”

Canada’s Minister of Intergovernmental Affairs, Infrastructure and Communities Dominic LeBlanc announced on July 29 the launch of public consultations on the design and implementation of Permanent Public Transit funding in Canada. Feedback, Infrastructure Canada reported, will “inform a long-term transit investment strategy that aims to build complete, sustainable and inclusive communities and unlock opportunities to address other challenges, including housing affordability.”

Investments in public transit, the Govt. of Canada says, will work toward reducing commute times and improving Canadians’ quality of life, aid in providing access to meaningful employment, services and recreation and will help tackle traffic congestion and cut air pollution.

In February 2021, Canadian Prime Minister Justin Trudeau announced an investment of C$14.9 billion in public transit over eight years, including C$3 billion per year in permanent, predictable federal public transit funding, which will begin in 2026-27.

In the coming months, the Govt. of Canada says it will host a variety of engagement activities, including stakeholder meetings and roundtables.

“In communities of all sizes across the country, Canadians rely on public transit to get where they need to be,” said LeBlanc. “Our objective through these consultations is to ensure this new permanent transit funding delivers to our communities the greatest economic and environmental benefits. Canadians have an opportunity to help shape the future of public transit in our country–and I look forward to hearing their views.”