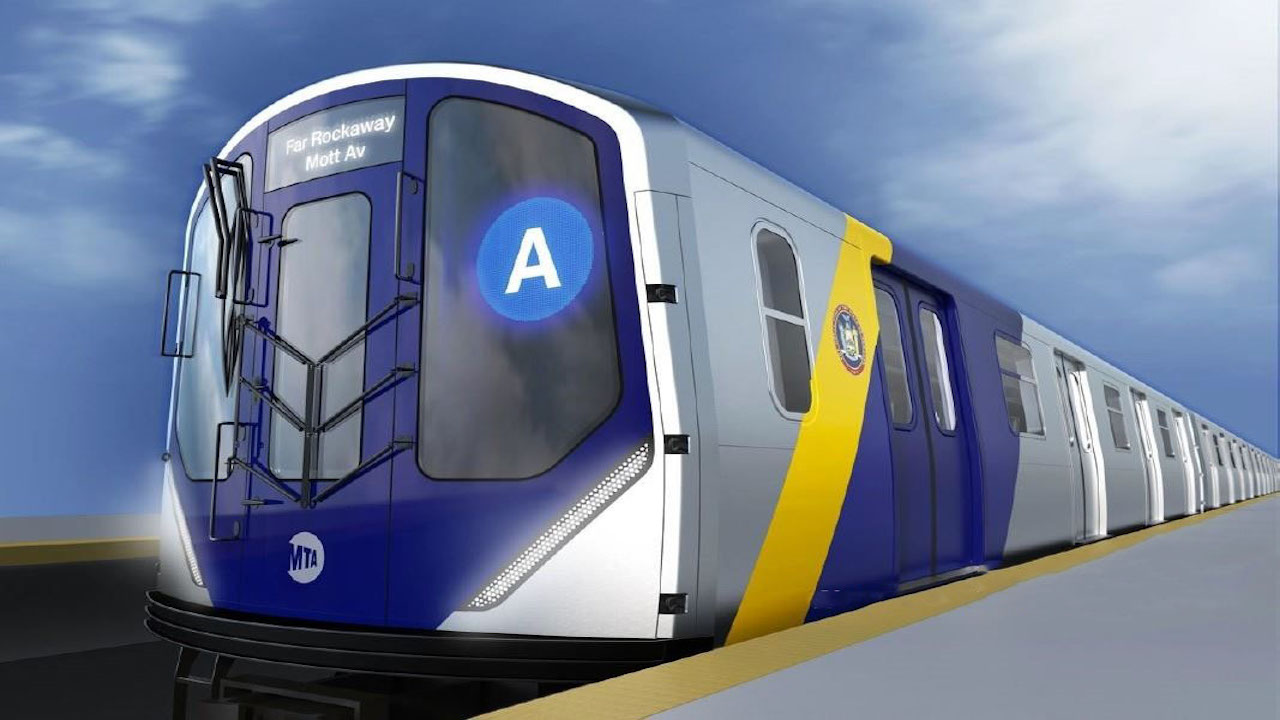 According to New York Metropolitan Transportation Authority (MTA) officials, labor shortages and mismanagement at a Nebraska plant where Kawasaki railcars set to replace aging ones on New York City Transit’s subway and on the Long Island Rail Road (LIRR) are causing a delivery delay of at least 17 months, the Daily News reported on June 27.

In 2018, the MTA signed a $1.75 billion contract with Kawasaki for 535 R211 subway cars needed to replace NYCT 1960s and 1970s-era cars. The R211s were scheduled to arrive in July 2023, but ongoing problems, including a labor shortage, have pushed that arrival date to January 2025, with delivery at risk of being pushed another nine months, according to a consultant for the MTA. So far, only one five-car trainset has been delivered to the MTA for subway testing—and those arrived a year late.

Additionally, Kawasaki is behind schedule on a $734 million contract with LIRR to deliver 202 M-9s that will replace cars built in the 1980s and operate new East Side Access (ESA, renamed Grand Central Madison) service, which is intended to bring LIRR service into the new terminal beneath Grand Central Terminal by December 2022. According to MTA officials, 132 M-9s have been delivered, but the remaining 70 are not scheduled to arrive until September 2023.

MTA officials said the delays with the M-9s won’t affect the LIRR’s plans to launch Grand Central Madison service in December, but the R211 delays do mean longer wait times for upgrades to the legacy signaling system on the A Line to CBTC (communications-based train control). CBTC is expected to be operational on the local (C and E Line) tracks along that stretch by 2025, said MTA Chief Development Officer Jamie Torres-Springer.

CBTC onboard equipment is included in the R211 design. Contractors have begun to install the wayside equipment between the Columbus Circle and High St. stations on the A, C and E lines, but would have to retrofit older rolling stock to enable its use. Such retrofits are not in the scope of work.

Delivery delays were previously blamed solely on supply chain problems caused by the COVID-19 pandemic, but MTA officials are now pointing to a “labor catastrophe” at Kawasaki’s Lincoln, Neb., plant as the reason behind the delays. Joseph Devito, MTA’s independent engineering consultant, said that Kawasaki’s struggle to retain workers began even before the pandemic.

“The people that would work, they would show up for a week, and then they would disappear,” said LIRR Head of Rolling Stock Jim Allen during an MTA committee meeting. “That started a real systemic problem.”

NYCT Chief Mechanical Officer Siu Ling Ko added that for a long time, Kawasaki was losing about 45 of its Nebraska employees monthly—“a high turnover rate for an operation of about 430 people.”

R211 carbodies and several subassemblies are built in the Nebraska plant, with final assembly at Kawasaki’s Yonkers, N.Y. plant, neither of which are unionized, according to MTA officials.

“The shoddy oversight by Kawasaki managers has forced MTA to babysit the company,” Allen said. “Unfortunately, we have found that Kawasaki requires constant [MTA] oversight and supervision over its work.”

Despite delivery delays, the MTA said it is necessary to exercise an option for an additional 640 211s from Kawasaki later this year because only two companies—Kawasaki and Alstom—build subway cars for the MTA. Alstom acquired Bombardier; Hundai Rotem pulled out of the U.S. market, and Siemens Mobility thus far has not expanded the scope of its North American product line to include rapid transit cars.

“The universe of competent, qualified car builders that are in the U.S. are down to two,” said MTA Chairman Janno Lieber. “We’re all very mindful of some of those consequences. What we’re trying to do is help Kawasaki get back on the straight and narrow.”

Kawasaki officials countered that MTA’s comments in the Daily News report stating labor issues at its plant in Lincoln are causing delays in the delivery of railcars to New York City are “not true,” adding that the company meets with all of its customers to provide status updates and recently hosted MTA officials, the Lincoln Journal Star reported on June 29.

”Last week, we hosted NYCT members at our facility and we successfully completed the first car review for the R211T open gangway subway cars, which is a large milestone in the progress of the project,” said Jason Hellbusch, corporate director of administration for Kawasaki Motors Manufacturing Corp. U.S.A., in an emailed statement. ”Joint understanding is key progress, and during this last visit by NYCT, we provided a detailed update regarding status and progress of the project, which included supply chain and manpower status.”

Hellbusch added that the Daily News article, published on June 27, does “correctly highlight that a major reason for delays has been supply chain issues,” but that Kawasaki takes exception to the comment regarding labor problems. “We currently have sufficient manpower for all projects in our facility and we continue to hire personnel as our production rate increases.”

Hellbusch also acknowledged that, like many companies right now, Kawasaki faces challenges finding enough workers in the current labor market. According to the Lincoln Star Journal, Nebraska‘s 1.9% unemployment rate in May was tied for lowest in the country, while Lincoln’s metropolitan area unemployment rate is among the 20 lowest in the country.

In July 2020, Kawasaki announced an expansion requiring it to hire 550 new employees, partially driven by the startup of the R211 contract.

According to Hellbusch, Kawasaki is “committed to fulfilling its contracts with the MTA, and the agency appears committed to the company, despite the quotes from officials.”