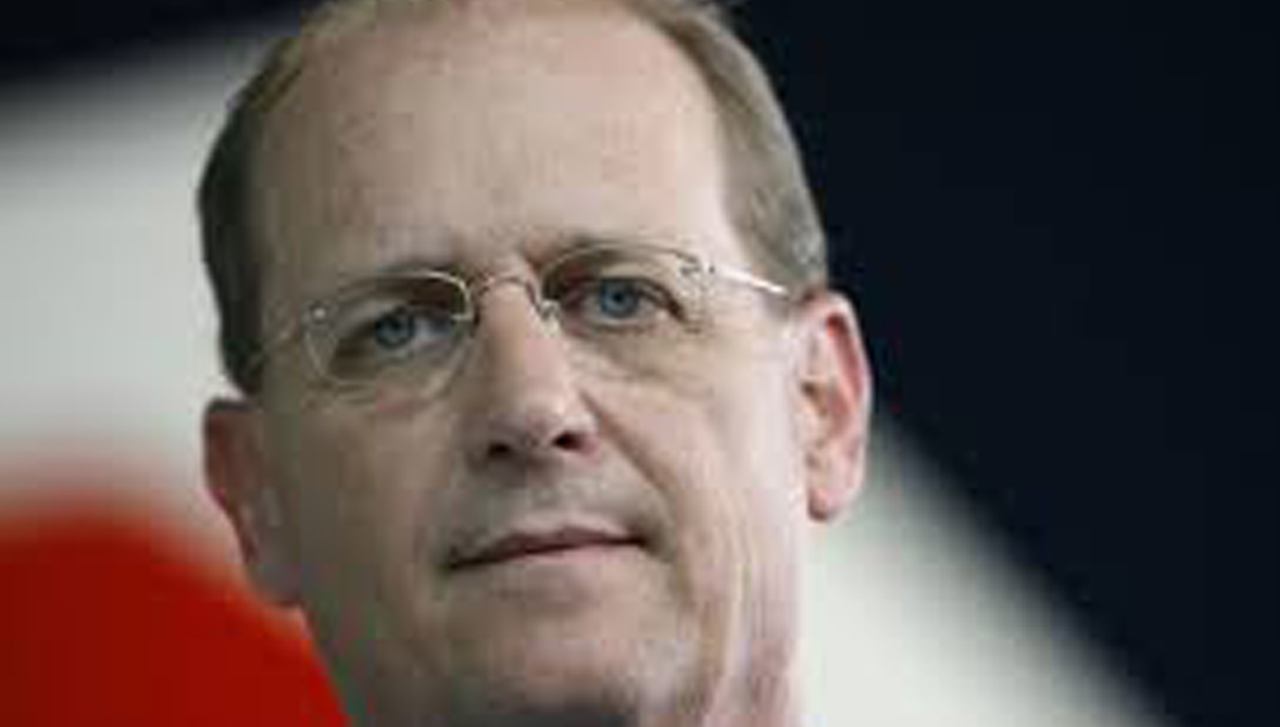 What does a deflated balloon look like? That is becoming an apt metaphor for travel on an Amtrak interregional train. The regime of CEO Richard Anderson is eliminating services and amenities as fast as they can think up items to ditch.

These services and amenities include station agents, meals in a dining car, dining cars altogether (no real dining car service is now available on the City of New Orleans, Silver Star, Lakeshore Limited and Capitol Limited), checked baggage at most stations, newspapers in the sleepers, usable connections to other trains, on-board service staff positions, printed timetables, Superliner railcars (a slowly growing number of them are rotting away at Beech Grove, Amtrak’s central maintenance facility), and—in the case of the Southwest Chief—the entire train altogether, between somewhere in western Kansas and Albuquerque, in favor of a bus.

This is no way to run a railroad.

Amtrak’s latest marketing campaign exhibits extremely peculiar behavior. The long-distance trains as a group by wide margins are Amtrak’s largest business unit, measured by their annual output of passenger transport, and its most commercially successful product, measured by load factor and market share. Financially, in FY2018, according to what Amtrak told Congress in its FY2018 Budget Request, eliminating long-distance trains will increase Amtrak’s operating subsidy need by $423 million. But curiously, according to Amtrak’s FY2017 APT (Amtrak Performance Tracking system, more on that in a while) the long-distance group “loses” lots of money—just over $500 million. Both statements cannot be true. (Editor’s Note: The FY2018 Budget Request was prepared during Wick Moorman’s brief tenure as Amtrak President and CEO, not by his successor, Richard Anderson.)

(As a side point, the FY2017 APT report also said that the non-Northeast Corridor regional corridors “lost” $100 million, yet these are trains that all operate under contracts that obligate the sponsoring state to pay Amtrak the difference between train revenue and Amtrak’s APT-derived fully allocated costs. By Amtrak’s own definition, that means the group cannot have lost anything. Once fully allocated costs are recovered, no costs, or loss, of any nature can remain. Again, both statements cannot be true. And more on this later.)

If indeed the long-distance trains reduce Amtrak’s operating subsidy needs, one would think that such a business unit would be the focus of intense efforts to enhance and grow the business. But one would be mistaken. Amtrak is systematically dismantling it.

A small part of the issue is that Amtrak’s senior managers foolishly misapprehend the character of its customers on long-distance trains as consisting of “discretionary,” “leisure” or “experiential” travelers. These customers, according to Amtrak’s strategy, seemingly also are “dispensable.”

That view would be a rude surprise to management at Carnival (or a dozen other cruise ship operators), scores of tourist railroads (like the Durango & Silverton), or any of a dozen airlines that are growing as fast as they can finance new aircraft. All of these carriers are adding amenities, not subtracting them. They staff their stations, feed their customers, build their fleets, and haul away the money they make. But not Amtrak.

To the extent that “discretionary” and “experiential” demand exists for Amtrak’s service, stripping out the “experience” dimension of the travel experience seems a particularly counterproductive way to attract and retain customers. Successful, growing, non-subsidy-dependent purveyors of experiential travel in the rail sector are not trying to starve themselves into prosperity. Even VIA Rail Canada, which like Amtrak is dependent upon government support, has aggressively enhanced its travel experience.

Manage costs? Of course. Every business does that. But stripping out the features that make the travel experience uniquely attractive to customers, and that generate repeat business and favorable word-of- mouth marketing, is exactly the wrong way to manage the enterprise. The same thing is true in other sectors as well. All classes of service on Anderson’s previous employer, Delta Air Lines, even in domestic markets, enjoy enhanced and ever-growing amenities and features. The same is true on all cruise ship lines.

Amtrak is also dead wrong about the character of its long-distance customers. The overwhelming majority are simply people trying to get somewhere and who are willing to endure Amtrak’s increasingly parsimonious experience to do so. These people by definition are infrequent rail customers, but they make up for it with high-value purchases when they do travel. Many need help from an agent to plan their trip, to understand where the trains and connecting buses go, how to make connections, and how to deal with problems that crop up along the way. They are often elderly, or parents with children who need help to check bags. They go a long way—in the West, on average, their trip spans three to five meal periods—and they do not want to fast along the way. They are perturbed to discover that they can’t get sleeping car space (and pay hundreds or even thousands of dollars for the privilege) because the sleepers are sold out months in advance, and Amtrak refuses to lease new cars to accommodate them. Amtrak fails these travelers just as much as the summer tourist or foreign visitor, by depriving them of the very attributes of train travel that make train travel appealing in the first place. It is easy to believe that none of Amtrak’s senior managers has ever booked and taken a two- or three-night trip on their own trains.

Anderson is now reported to be exploring eliminating traditional long-distance trains in favor of short corridor trains (but only where states would pay Amtrak’s inflated fully allocated costs to run them). This approach—substituting a bus for the traditional interregional service—certainly solves the amenity/travel experience problem, because the average trip length on today’s long-distance trains exceeds by 50% the typical route length of a regional corridor, so most current long-distance customers no longer will even be able to use rail in the first place.

The consequences of Amtrak’s self-defeating strategy are inescapable. The people who have the luxury of choice—the discretionary traveler—as well as the customer who wants an enjoyable travel experience—the experiential traveler—will quickly discover that Amtrak does not cater to them, and they will take their business elsewhere. This was the result of Amtrak’s first misguided, and mercifully short-lived, attempt to “control costs” by downgrading dining car food service under former Passenger Services VP Rima Parkhurst, a lesson apparently lost on the incumbent management group. The loss of passengers from downgrading the travel experience already may have begun anew, as Amtrak just ran an unprecedented sale on sleeping car Roomettes for fall and winter travel on most routes, implying unusual softness in advance bookings.

Amtrak’s strategy suggests that its owner, the U.S. government, should promptly spin off the long-distance business to others who understand and value it, so the longer-distance rail travel market can join the ranks of everyone else in the travel business by providing an increasingly attractive product that consumers will value and return to.

Or, the owner should replace the management group leading Amtrak down the dead-end track it is on.

Anderson himself? I have heard divergent assessments from people who knew him at Northwest Airlines. Some say “smart and curious,” others “arrogant and unforgiving.”

Two things are clear to me: Anderson isn’t interested in outside perspectives, and he swallowed the idea that Amtrak Performance Tracking System (APT) reports are the same as GAAP (Generally Accepted Accounting Principles)-compliant income statements.

APT reports (which are not published) are the successor to the discredited RPS (Route Profitability System). If you trace RPS back far enough, it is the outgrowth of the old Interstate Commerce Commission Form A accounting system, which was created to allow railroads to maximize the reported costs of passenger operations by loading them up with shares of fixed costs that did not vary with the volume of passenger operations, to facilitate discontinuance petitions.

APT is a full-cost-allocation accounting system. It purports to allocate to each train or route its “fair share” of all of Amtrak’s costs, variable, semi-variable and fixed. The key word is “allocate”—APT in most instances does not trace a cost from the activity or event that incurred it and associate it with that activity. Rather, it accumulates costs in central category accounts and then allocates them back out to each train or route by application of a series of hundreds of management defined algorithms. (About 20% of costs are traced, 80% are allocated.)

APT working papers (which I found on line on Amtrak’s website) even admit that APT does a very inadequate job of capturing and allocating “capital” costs. The implication is that the massive recurring costs of NEC (Northeast Corridor) fixed assets are not properly confined to NEC trains, but are allocated in part elsewhere.

APT is therefore artificial and arbitrary. It is not compliant with GAAP and is never audited.

Anderson seems not to grasp this, but APT data and the reports that contain them are emphatically not the same as an income statement presented as a component of a set of GAAP-compliant financial statements, and they do not, therefore, represent the financial results of operations of any train or route in a stated period.

When Amtrak says that a given train or route “lost” or “earned” so much money in a stated period, they are blowing smoke. That’s not what APT does, and Amtrak has no other system that presents the financial results of operations at any level below the corporate aggregate reported in the annual audited financial statements. They don’t know and have no way of knowing if train “A” or route “B” made or lost money.

APT reports represent one of an infinite number of potential, hypothetical assessments of what a given train or route would have to accomplish in income and cost recovery in concert with all other trains and activities in order for Amtrak as a whole to break even. It cannot and does not measure or project incremental costs of any addition or subtraction of an activity or a unit of output.

The ultimate point is that APT, because it is not—and does not pretend to be—GAAP-compliant, does not and cannot measure profit and loss in any meaningful sense. Amtrak documents that describe APT are accessible on its website. Amtrak further says APT is its only route accounting system. Therefore, Amtrak can’t know whether any train or route is or isn’t profitable, in any sense used by most American businesses. To reiterate, in April 2017, Amtrak  told Congress in a letter posted on its website and signed by then-CEO Wick Moorman that the long-distance group would reduce the corporate deficit and subsidy need in FY2018 by $423 million—hence, a positive cash flow. How they calculated that is unclear.

As a rough analogy, imagine Railway Age wanting to add 100 copies to a monthly print run (e.g., to hand out at a conference), and analyzing the financial impact not by calculating the added cost of paper and ink and labor and electricity, but by totaling all of its costs—paper, labor, ink, G&A, rent, debt service, printing press amortization, taxes, the CPA’s bill and the editor’s salary—dividing it by the number of copies printed in the previous run, getting an average total (“fully-allocated”) cost per copy per issue, and then extending that cost on a linear basis to the extra 100 copies.

That is what Amtrak does, and it makes no sense whatsoever.