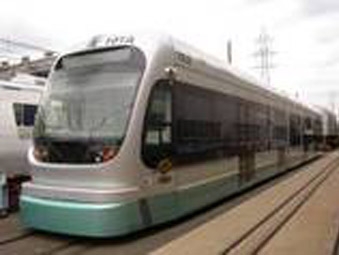 Valley Metro will install a solar plant at its light rail transit operations and maintenance facility in Phoenix, Ariz, awarding a $2.8 million contract to Natural Power and Energy LLC.

The facility is estimated to save the agency about 16% of the agency’s annual energy consumption at the facility, or roughly $100,000 in current dollars. The plant is expected to come on line this fall.

“Adding solar as an energy source expands our menu of daily sustainable practices at Valley Metro, which includes low-emissions fleet and water reclamation systems,” said Steve Banta, Valley Metro CEO, in a statement. “We constantly strive to be a watchful consumer of energy and appreciate that the Federal Transit Administration is supporting our entrance into solar power utilization.”

Despite the healthy potential options for solar power in Arizona, Valley Metro isn’t the first U.S. rail transit property attempting to tap energy from the sun.  In 2011 Portland, Ore.’s TriMet began installing solar panels at the South Terminus of the MAX Green and Yellow lines, near Portland State University.