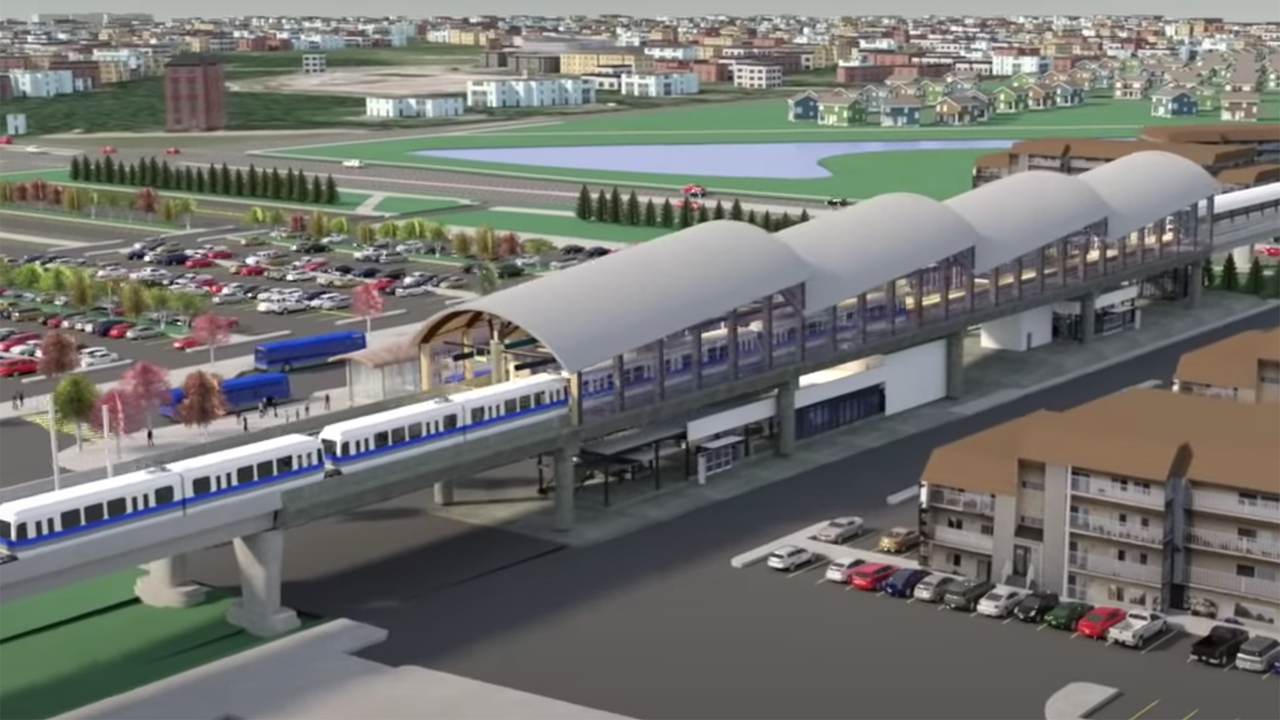 The Edmonton (Alberta) City Council approved municipal funding for the 2.8-mile (4.5-kilometer) Capital Line South LRT Extension. In addition, LACMTA finalized its 2021-24 Coordinated Public Transit-Human Services Transportation Plan; SANDAG and MTS unveiled the VA Medical Center Trolley Station; VTA is slated to receive $20 million from the state of California to help with recovery from the May 26 mass shooting; and TriMet was forced to suspend MAX service due to record-setting temperatures.

“With this commitment we are one big step closer to the City’s vision to expand LRT service to all sectors of the city by 2040,” said Adam Laughlin, Deputy City Manager of Integrated Infrastructure Services. “This municipal contribution will allow us to start preparing the project in anticipation of federal funding confirmation.”

The city of Edmonton has received $1.19 billion (C$1.47 billion) in previous funding commitments from the Canadian and provincial governments. The Capital Line funding application is currently with the federal government for review and submission to the federal Treasury Board by fall 2021, according to the city.

In addition, the AECOM-led ConnectED Transit Partnership (CTP) has been approved by the city to continue its role as owner’s engineer on the Valley Line light rail transit (LRT) extension. The $99.8 million (C$124 million) contract value amendment encompasses design and construction compliance review services for Valley Line West, which is entering construction, and additional work on Valley Line Southeast, which is under construction.

The Los Angeles County Metropolitan Transportation Authority’s (LACMTA) 2021-24 human services plan (download below) addresses the regional transportation needs of seniors, persons with disabilities, low-income individuals and veterans. It covers current and future mobility needs, goals and strategies to address gaps in transportation services, and prioritized projects and programs to improve mobility for target population groups. It also includes comments and questions raised by the public after a draft was released in March, input from a virtual community meeting in April, focus group sessions held last fall, and results from a public survey on how municipalities and transit service providers operated through COVID-19 restrictions as well as future funding needs and concerns.

Approved by the LACMTA Board of Directors, the plan fulfills a requirement for federal funding through the Federal Transit Administration’s (FTA) Section 5310 program, according to the agency.

The VA Medical Center Trolley Station is one of nine new stations that will make up the Mid-Coast extension of the UC San Diego Blue Line Trolley. It features flags and bronze seals representing the five military branches as well as the Department of Veterans Affairs, according to the San Diego Association of Governments (SANDAG) and the San Diego Metropolitan Transit Agency (MTS). Additionally, each military branch’s official motto is included on the station platform in stainless steel lettering. Construction for the station is nearly complete.

The $2.1 billion, 11-mile Mid-Coast extension of the UC San Diego Blue Line Trolley will expand the current Trolley network to provide a one-seat ride from the U.S.-Mexico border to UC San Diego, serving the VA San Diego Healthcare System’s 84,500 veterans and the university community’s 75,000 students, faculty and staff. The extension will also connect two of the largest employment centers in the San Diego region: UTC and downtown San Diego. Major construction began in 2016, and the project remains on budget and on schedule to begin service in November 2021, according to SANDAG and MTS.

“San Diego and the people who served in our military are forever intertwined and this station gives a proper salute to those who have served our country,” said Nathan Fletcher, MTS Board Chair and Chair of the San Diego County Board of Supervisors. “The VA Medical Center is a first-class healthcare campus, and now at its doorstep is a first-class transit system. I am pleased to see this design come to life and thank SANDAG and MTS staff for making it a reality.”

The $20 million from the state of California will help Santa Clara Valley Transportation Authority (VTA) provide mental health resources to employees and their families, resume light rail service and improve safety upgrades at the Guadalupe Rail Yard in downtown San Jose, according to the San Jose Spotlight. The funding is split between two bills. The news outlet reported that “[o]ne will go on the Senate floor and one will go through the Assembly before reaching the governor’s desk.”

The San Jose Spotlight reported that it is unclear when light rail operations will restart, and that “VTA is also considering demolishing the building where the shooting happened, said Santa Clara County Supervisor and VTA board member Cindy Chavez, adding that there are existing safety concerns with the facility. The Guadalupe Rail Yard has been home to VTA’s light rail maintenance service and equipment since 1987. About 379 VTA employees worked there prior to the shooting.”

On May 26, a VTA employee opened fire at the light rail vehicle yard and maintenance facility. There were 10 fatalities and multiple injuries. The gunman was among the dead.

Portland, Ore.-based TriMet suspended all MAX service on June 27 due to safety concerns and heat-related mechanical issues. Temperatures hovered around 110 degrees, straining the power grid and catenary. On the morning of the suspension, mechanical issues had disrupted service on the MAX Blue, Green and Red lines, and the MAX Yellow Line encountered similar issues near N Killingsworth station, according to the agency.

Buses continued to run on their normal routes.

“While the MAX system is engineered to withstand temperatures of around 110 degrees, the current heat wave is dangerous not just for its severity but also its duration and the lack of cooling overnight,” TriMet reported earlier this week.