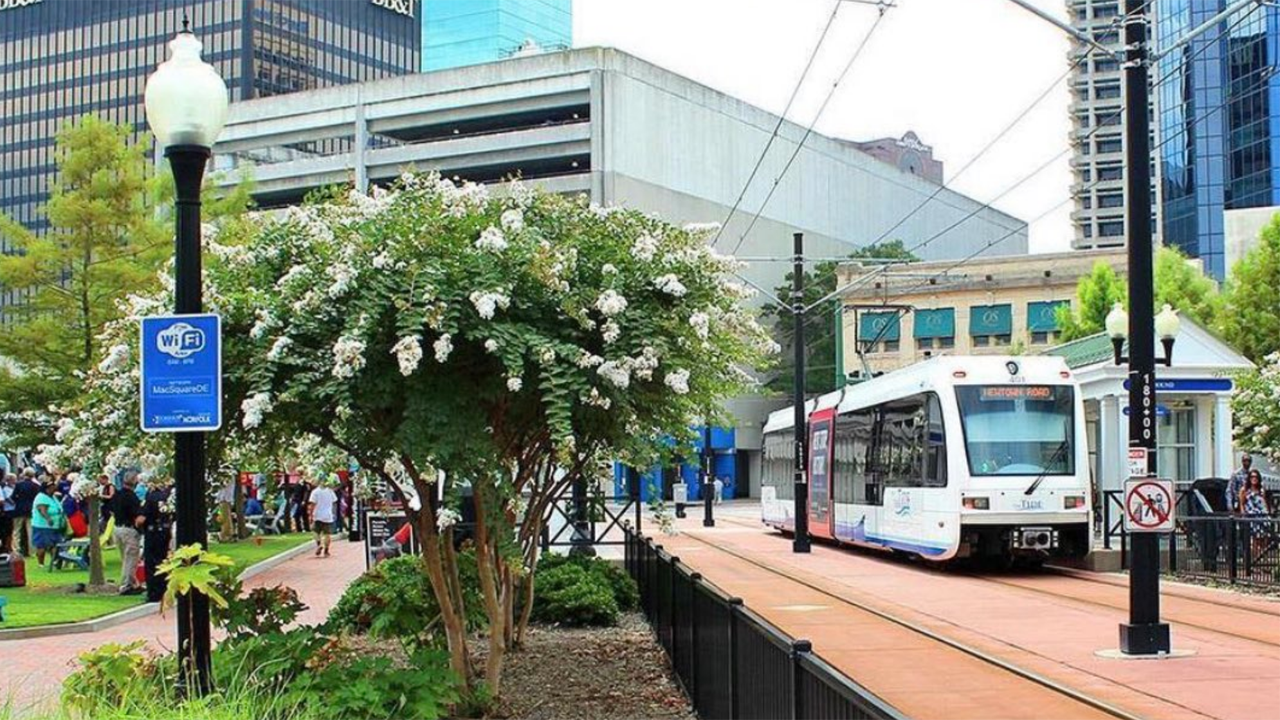 The first light rail transit system in Virginia, The Tide began revenue service in 2011 and has since recorded more than 13 million boardings on its 11-station, 7.4-mile line.

The Tide light rail in Norfolk, Va., is celebrating 10 years of service on Aug. 19.

As part of the day’s festivities—including a party at the Macarthur Square Station—all Hampton Roads Transit (HRT) light rail, bus and ferry services are free.

The first light rail transit system in Virginia, The Tide began revenue service at 6 a.m. on Aug. 19, 2011 from the Newtown Road Station. Hundreds of people lined up across the 7.4-mile alignment to “Ride The Tide.” Since that day, more than 13 million boardings have been recorded.

Nine Siemens S70 LRVs serve the system, which offers 11 stations and extends from the Eastern Virginia Medical Center complex east through downtown Norfolk and adjacent to I-264 to Newtown Road (see map below).

The LRVs were built in Sacramento, Calif., starting in April 2008, and each cost roughly $3.9 million. According to HRT, the first train was numbered 407, which also marked the last streetcar that ran in Norfolk.

Through recently completed transit evaluations, two projects have been identified to advance a multi-phase expansion of the transit network in the Military Highway Corridor, according to HRT. Phase 1 is a proposed extension of The Tide to the Military Circle redevelopment area. (The Tide’s current western terminus is at Fort Norfolk/Eastern Virginia Medical Center, roughly 7.6 miles short of the naval base.) Phase 2 is the proposed development of Bus Rapid Transit (BRT) to Naval Station Norfolk (see map below). HRT began pursing LRT expansion in 2013 and 2014. Obtaining funding has held up the projects.