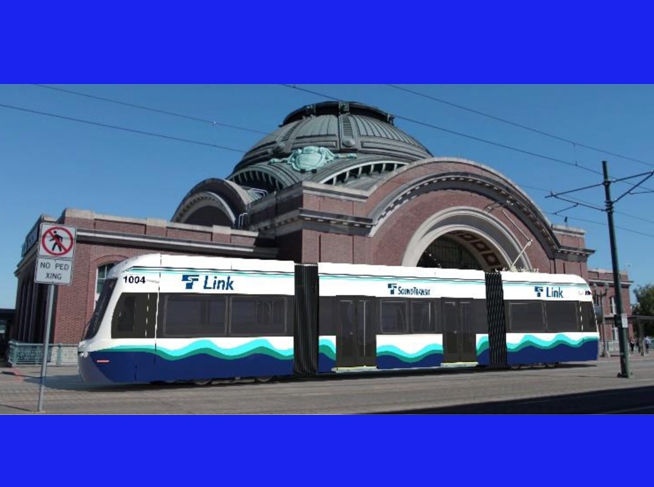 Sound Transit, Seattle, and Brookville Equipment Corp. have agreed to terms on a $26.5 million contract awarded Nov. 16 for design and manufacture of five Liberty Light Rail Vehicles for operation on a 2.4-mile extension of the agency’s 1.6-mile Tacoma Link line.

In addition to the five-vehicle base order, the contract includes 10 option vehicles, five for Sound Transit and five for the City of Portland, Ore.

The Sound Transit Tacoma Link LRVs feature an eight-foot-widewide carbody with seating for up to 34 passengers, and a fully loaded capacity of 100. The new fleet will be ADA compliant with deployable bridge plates for easy boarding and more than 70% low-floor available standing area.

The Sound Transit agreement marks the sixth order for Brookville’s flagship Liberty platform, including fleets currently operating in Dallas and Detroit, and vehicles currently on order for Oklahoma City and Milwaukee. In 2016, Brookville won a six-vehicle order from Valley Metro, Arizona, for the Tempe Streetcar. Upon delivery of the Tacoma Link fleet, Brookville will have delivered 32 modern LRVs and streetcars to American cities and transit agencies.

“We are eager to support Sound Transit with an all-new Liberty LRV fleet for its expanding Tacoma Link system,” said Brookville Vice President of Business Development Joel McNeil. “These vehicles will be designed and manufactured right here in the U.S. using the latest rail-proven technologies and systems, and serving as a rail transit vehicle solution that we hope will have broad appeal to the agency and its growing ridership.”