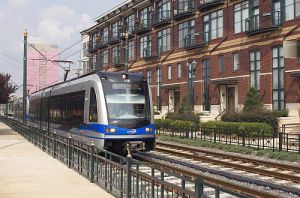 Siemens highlights that “the S70 streetcars will be designed with advanced hybrid technology that features an industry-leading battery storage system.  This technology allows for operation in portions of Uptown without the need for power from an overhead wire.”

The new streetcars will add to the 42 Siemens-built light rail vehicles currently in operation on the Blue Line across the city.

The new streetcars will run on the second phase of the CityLYNX Gold Line, replacing the legacy green and yellow trolleys currently in operation. The new phase will add 2.5 miles to the Gold Line, expanding it to 4 miles in length ending at Sunnyside Avenue to the east and Johnson C. Smith University to the west.

The Gold Line expansion construction is scheduled to begin January 2017 and is estimated to open in fall 2020.